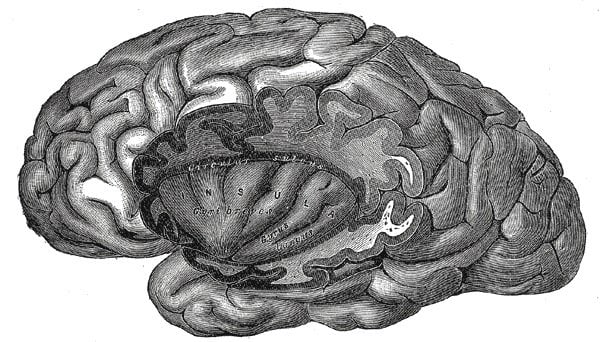 The study examined activity in the so-called “pain matrix” of the brain, a network that includes the insula cortex above.
Home
Featured

Counterintuitive findings from a new USC study show that the part of the brain that is associated with empathizing with the pain of others is activated more strongly by watching the suffering of hateful people as opposed to likable people.

While one might assume that we would empathize more with people we like, the study may indicate that the human brain focuses more greatly on the need to monitor enemies closely, especially when they are suffering.

“When you watch an action movie and the bad guy appears to be defeated, the moment of his demise draws our focus intensely,” said Lisa Aziz-Zadeh of the Brain and Creativity Institute of the USC Dornsife College of Letters, Arts and Sciences. “We watch him closely to see whether he’s really down for the count because it’s critical for predicting his potential for retribution in the future.”

Aziz-Zadeh, who has a joint appointment with the USC Division of Occupational Science and Occupational Therapy, collaborated with lead author Glenn Fox, a PhD candidate at USC, and Mona Sobhani, formerly a graduate student at USC and who is now a postdoctoral researcher at Vanderbilt University, on a study that appears this month in Frontiers in Psychology.

The study examined activity in the so-called “pain matrix” of the brain, a network that includes the insula cortex, the anterior cingulate and the somatosensory cortices — regions known to activate when an individual watches another person suffer.

The pain matrix is thought to be a related to empathy — allowing us to understand another’s pain. However, this study indicates that the pain matrix may be more involved in processing pain in general and not necessarily tied to empathic processing.

Participants — all of them white, male and Jewish — first watched videos of hateful, anti-Semitic individuals in pain and then other videos of tolerant, nonhateful individuals in pain. Their brains were scanned with functional magnetic resonance imaging (fMRI) to show activity levels in the pain matrix.

Surprisingly, the participants’ pain matrices were more activated by watching the anti-Semites suffer compared to the tolerant individuals.

“The results further revealed the brain’s flexibility in processing complex social situations,” Fox said. “The brain uses the complete context of the situation to mount an appropriate response. In this case, the brain’s response is likely tied to the relative increase in the need to attend to and understand the pain of the hateful person.”

A possible next step for the researchers will be to try to understand how regulating one’s emotional reaction to stimuli such as these alters the resulting patterns of brain activity.