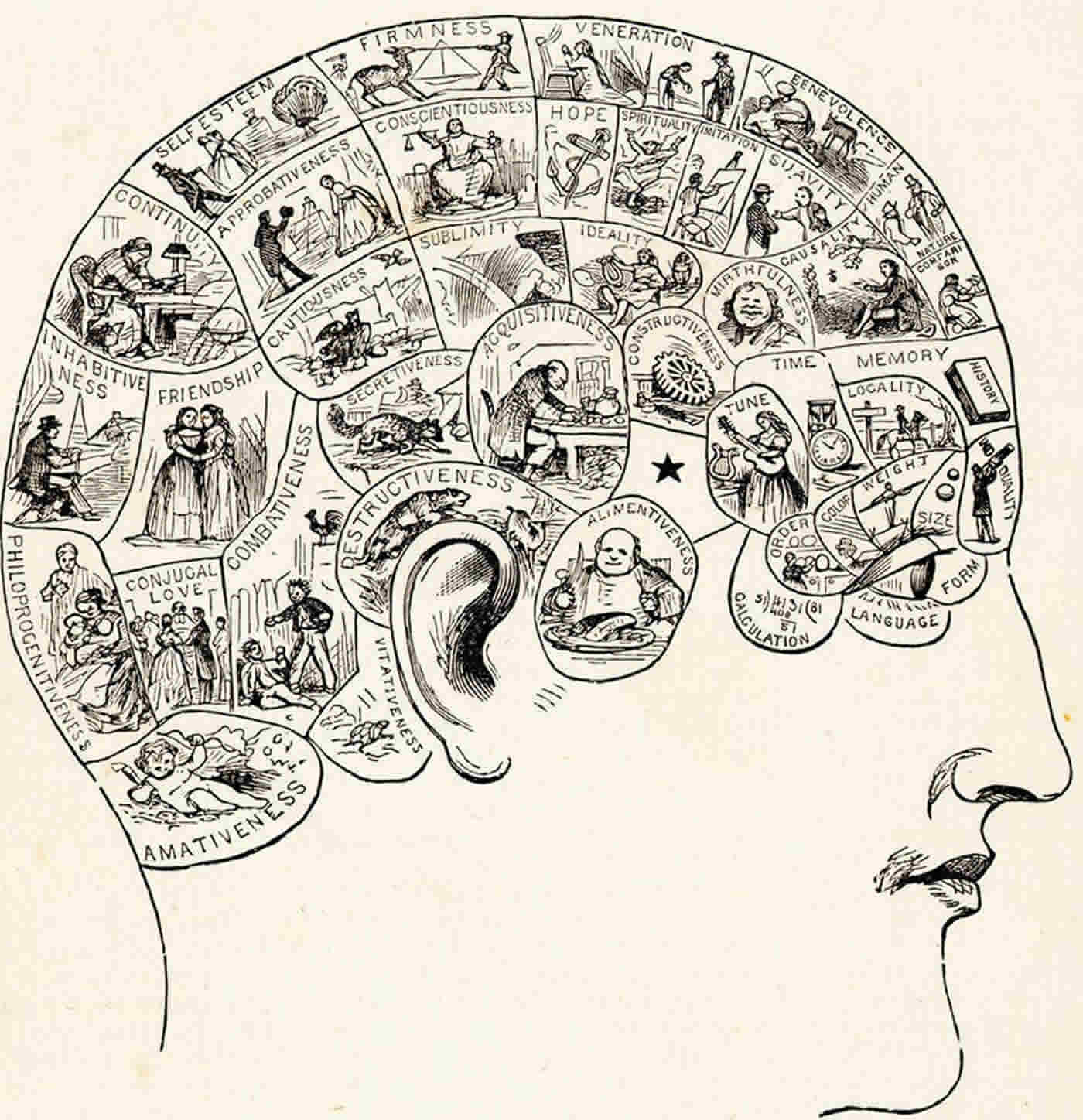 Neuroscientists Put the Dubious Theory of ‘Phrenology’ Through Rigorous Testing

Summary: Researchers use modern neuroscience technology to discover if there really is a link between the bumps of your head and aspects of personality.

Nobody really believes that the shape of our heads are a window into our personalities anymore. This idea, known as “phrenology”, was developed by the German physician Franz Joseph Gall in 1796 and was hugely popular in the 19th century. Today it is often remembered for its dark history – being misused in its later days to back racist and sexist stereoptypes, and its links with Nazi “eugenics”.

But despite the fact that it has fallen into disrepute, phrenology as a science has never really been subjected to rigorous, neuroscientific testing. That is, until now.

Researchers at the University of Oxford have hacked their own brain scanning software to explore – for the first time – whether there truly is any correspondence between the bumps and contours of your head and aspects of your personality. The results have recently been published in an open science archive, but have also been submitted to the journal Cortex.

But why did phrenologists think that bumps on your head might be so informative? Their enigmatic claims were based around a few general principles. Phrenologists believed the brain was comprised of separate “organs” responsible for different aspects of the mind, such as for self-esteem, cautiousness and benevolence.

They also thought of the brain like a muscle – the more you used a particular organ the more it would grow in size (hypertrophy), and less used faculties would shrink. The skull would then mould to accommodate these peaks and troughs in the brain’s surface – providing an indirect reflection of the brain, and thus, the dominant features of an person’s character.

Despite its initial popularity, phrenology started losing support from scientists in the 20th century due to methodological criticisms and failure to replicate various findings. Gall was restricted in the cases he used to define the location of bump-trait correspondences – often he studied just a few people, such as his family and friends. Other times, he relied on dubious and somewhat offensive stereotypes. His method was also questionable: probing subjects’ heads with his fingertips until he began to “detect patterns”.

While there was some renewed interest in the theory in the 20th century due to the rise of disciplines like evolution, criminology and anthropology, it soon was almost completely abandoned.

This year, however, in the spirit of scientific fun, my colleagues decided to put this old theory to the test. They did so by repurposing various pieces of sophisticated software, originally designed for MRI brain analysis. Where normally these tools carefully discard all bits of skull, allowing analysis of the brain alone, they engineered them to do the reverse: relegating all of the brain to the trash, instead keeping the bony bits for analysis.

From this surface structure, they could create a detailed map of the contours – bumps – of individual skulls. By taking advantage of the largest freely available brain imaging database in the UK, the scientists acquired a massive sample of data from almost 6,000 people. Alongside brain data, this database also contains a wealth of information from demographic and lifestyle questionnaires, as well as language and cognitive tests from its participants.

The scientists picked 23 measures from this data that best corresponded with the 27 personality factors from phrenology. Some map very closely, such as phrenology’s “eventuality” (aptness to receive an education) and the modern version: “age completed full time education”. Similarly, “tune” (sense for sounds, musical talent) in phrenology matched with “musical profession”.

Before they started linking these personality traits with skull features, they looked at overlapping traits (so if you have one trait you also tend to have another) and found some rather amusing associations. For instance, they found a very strong positive association between the trait “amativeness” (the arousal of feelings of sexual desire) and “words”. To break this down, it turns out that the more sexual partners a person has had, the higher their verbal fluency in a word naming task.

What they didn’t find, however, were any “statistically significant or meaningful effects” when it came to the skull. That means they were unable to find any correlation between the contours of the skull and the 23 personality traits, selected to mirror those championed by phrenology.

What’s more, undermining a deeper fundamental premise, they demonstrated there was no correspondence between the curvature of the brain and the contours of the skull. That is, there is no way lumpy bits of brain are pushing the skull out to create surface bumps – the skull does not mirror the brain surface.

Our Brains Have a Fingerprint Too

This is obviously unsurprising, given the shaky “science” upon which phrenology was based. That said, it was among one of the earlier disciplines to recognise that different parts of the brain have different functions. Sadly, the phrenologists didn’t quite nail what the actual functions were: focusing largely on the brain as the seat of the mind (governing attitudes, predispositions etc) rather than the more fundamental functions we know it to control today: motor, language, cognition, perception and so forth. However, for better or worse, phrenology is largely considered as a scientific game-changer – with the roots of many modern scientific, but also psuedoscientific disciplines, following in its wake.

All in all, it appears – as the researchers themselves state – that the “digital” technology of the time (feeling the scalp with “digits” aka fingers) was no match for the digital MRI technology of the current day. An infamous historical discipline finally investigated, and a topnotch science pun: pretty successful day at the office for the Oxford team.

How Stress and Anxiety Contribute to Youth Violence