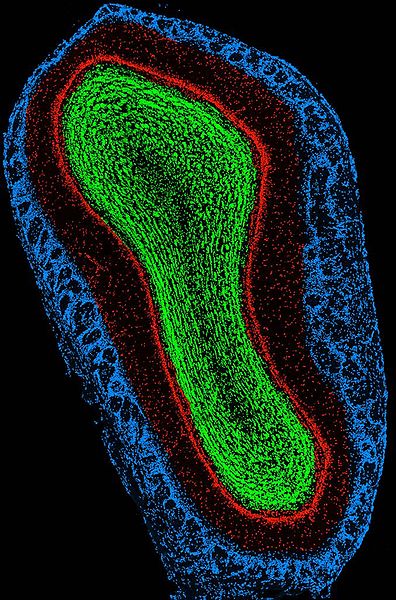 Sense of Smell: The Nose and Brain Make Quite a Team, in Disconnection

Alan Carleton’s team from the Neuroscience Department at the University of Geneva (UNIGE) Faculty of Medicine has just shown that the representation of an odor evolves after the first breath, and that an olfactory retentivity persists at the central level.

The phenomenon is comparable to what occurs in other sensory systems, such as vision or hearing. These movements undoubtedly enable the identification of new odors in complex environments or participate in the process of odor memorization. This research is the subject of a publication in the latest online edition of the journal PNAS.

Rodents can identify odors in a single breath, which is why research on sense of smell in mammals focuses on that first inhalation. Yet we must remember that from a neurological standpoint, sensory representations change during and after the stimuli. To understand the evolution of these mental representations, an international team of researchers led by Professor Alan Carleton at the University of Geneva (UNIGE) Faculty of Medicine conducted the following experiment: by observing the brain of an alert mouse, the neuroscientists recorded the electrical activity emitted by the olfactory bulb of animals inhaling odors.

They were surprised to find that in mitral cells, some representations evolved during the first inhalations, and others persisted and remained stable well after the odor ceased. The cohort subjected to these analyses revealed that the post-odor responses contained an odor retentivity—a specific piece of information about the nature of odor and its concentration.

Will odor memory soon be understood?

Using cerebral imaging, researchers discovered that the majority of sensory activity is visible only during the presentation of odors, which implies that retentivity is essentially internal to the brain. Therefore, odor retentivity would not be dependent upon odorous physicochemical properties. Finally, to artificially induce retentivity, the team photostimulated mitral cells using channelrhodopsin, then recorded the persistent activity maintained at the central level. The strength and persistence of the retentivity were found to be dependent on the duration of the stimulation, both artificial and natural.

Sprint Then Stop? Brain Is Wired for the Math to Make It Happen

In summary, the neuroscientists were able to show that the representation of an odor changes after the first breath, and that an olfactory retentivity persists at the central level, a phenomenon comparable to what occurs in other sensory systems, such as vision and hearing. These movements undoubtedly enable the identification of new odors in complex environments or participate in the process of odor memorization.

Notes about this neuroscience and odor memory research