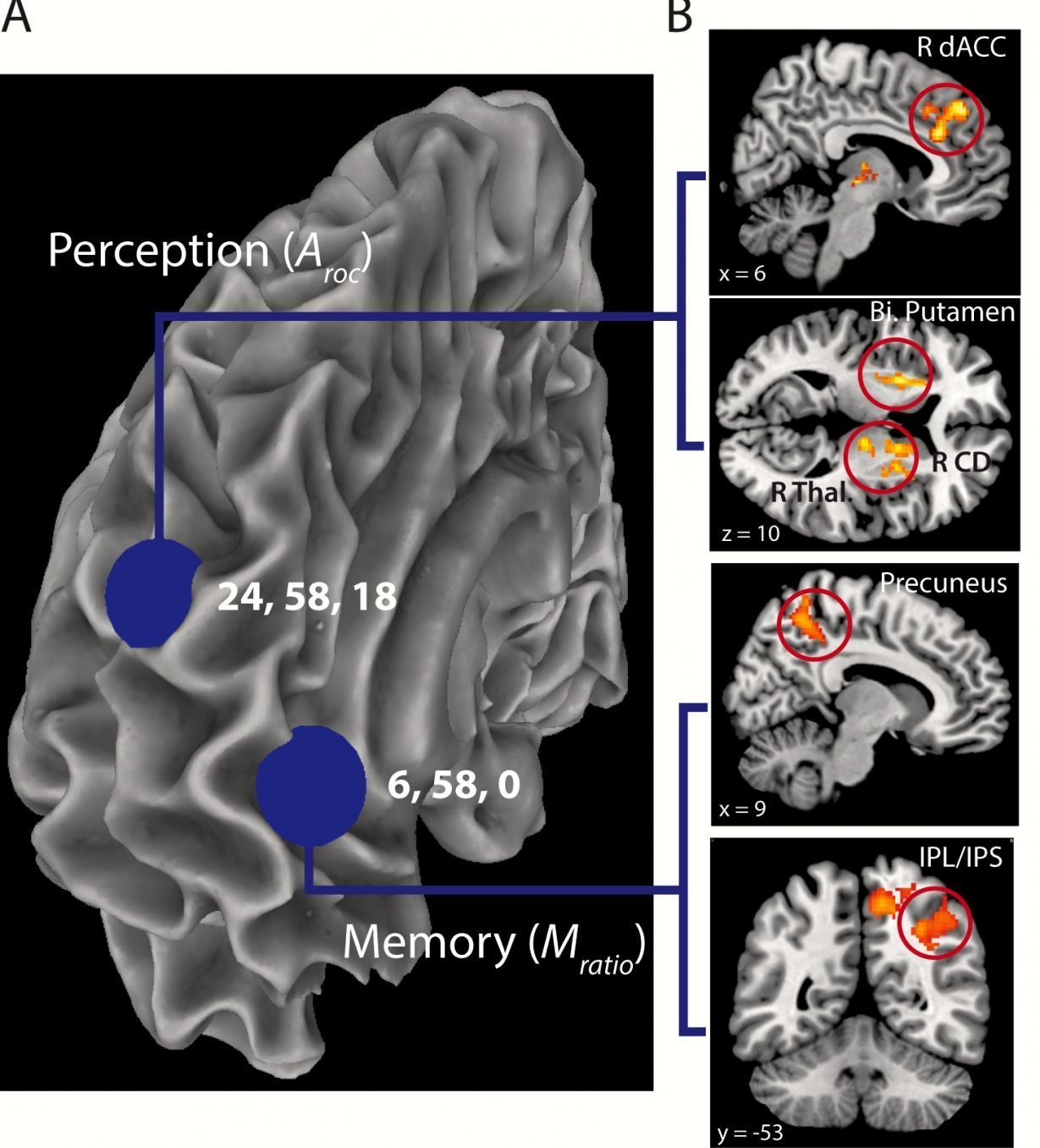 The human mind is not only capable of cognition and registering experiences but also of being introspectively aware of these processes. Until now, scientists have not known if such introspection was a single skill or dependent on the object of reflection. Also unclear was whether the brain housed a single system for reflecting on experience or required multiple systems to support different types of introspection.

The researchers used classic perceptual decision and memory retrieval tasks in tandem with functional magnetic resonance imaging to determine connectivity to regions in the front tip of the brain, commonly referred to as the anterior prefrontal cortex. The study tested a person’s ability to reflect on his or her perception and memory and then examined how individual variation in each of these capacities was linked to the functional connections of the medial and lateral parts of the anterior prefrontal cortex.

The newly published research adds to the literature describing the role of the medial and lateral areas of the anterior prefrontal cortex in metacognition and suggests that specific subdivisions of this area may support specific types of introspection. The findings of Baird’s team demonstrate that the ability to accurately reflect on perception is associated with enhanced connectivity between the lateral region of the anterior prefrontal cortex and the anterior cingulate, a region involved in coding uncertainty and errors of performance.

In contrast, the ability to accurately reflect on memory is linked to enhanced connectivity between the medial anterior prefrontal cortex and two areas of the brain: the precuneus and the lateral parietal cortex, regions prior work has shown to be involved in coding information pertaining to memories.

The experiment assessed the metacognitive abilities of 60 participants at the Max Planck Institute for Human Cognitive and Brain Sciences in Leipzig, Germany, where Baird was a visiting researcher. The perceptual decision task consisted of visual displays with six circles of vertical alternating light and dark bars –– called Gabor gratings –– arranged around a focal point. Participants were asked to identify whether the first or second display featured one of the six areas with a slight tilt, not always an easy determination to make.

A classic in psychology literature, the memory retrieval task consisted of two parts. First, participants were shown a list of 145 words. They were then shown a second set of words and asked to distinguish those they had seen previously. After each stimulus in both the perceptual decision and the memory retrieval task, participants rated their confidence in the accuracy of their responses on a scale of 1 (low confidence) to 6 (high confidence).

“Part of the novelty of this study is that it is the first to examine how connections between different regions of the brain support metacognitive processes,” Baird said. “Also, prior means of computing metacognitive accuracy have been shown to be confounded by all kinds of things, like how well you do the primary task or your inherent bias toward high or low confidence.

“Using these precise measures, we’re now beginning to drill down and see how different types of introspection are actually housed in the real human brain,” Baird concluded. “So it’s pretty fascinating from that perspective.”

Study co-authors are Jonathan Smallwood of the University of York in the United Kingdom and Krzysztof J. Gorgolewski and Daniel S. Margulies of the Max Planck Institute in Germany.