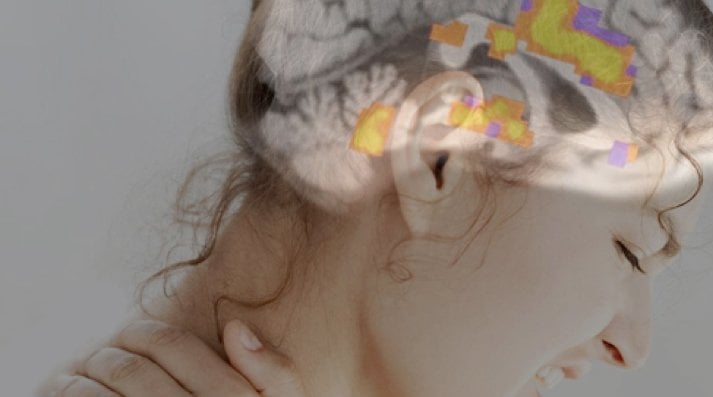 The study raises the possibility that then neural correlates to social pain are different and more complex than previously thought. Image credited to the NIH.
Home
Featured

Various cultures and languages use terms and phrases for physical pain (e.g., hurt, searing, broken heart) to describe social rejection, but is the similarity between a nociceptive physical stimulus and social rejection literal or figurative? A decade ago, a neuroimaging study of social rejection suggested that the same neural signature characterized physical and social pain, and a consensus quickly formed that that social rejection activated the same pain matrix in the brain as physically painful stimuli.

However, new statistical evidence based on the accumulated data on social rejection raises questions about the accuracy of this view. Specifically, a quantitative examination, or meta-analysis, of the results of the neuroimaging studies on social rejection failed to find consistent evidence that the same regions of the brain were activated during situations of physical pain.

“The most common paradigm used in neuroimaging research of social rejection is Cyberball (a computer generated test involving avatars tossing balls). It is possible that rejection by strangers in the Cyberball paradigm is insufficient to activate real social pain,” writes UChicago neuroscientists Stephanie and John Cacioppo in a paper, “A Quantitative Meta-Analysis of Functional Imaging Studies of Social Rejection,” published in the current issue of Nature’s Scientific Reports.

“Our meta-analysis of studies of reliving an unwanted rejection by a romantic partner also failed to provide clear evidence for the activation of the dACC (the brain cortex associated with pain perception) or the pain matrix more generally,” write Stephanie Cacioppo, assistant professor of psychology and Director of the High Performance Electrical Neuroimaging (HPEN) Laboratory in the University’s Center for Cognitive and Social Neuroscience and John T. Cacioppo, the Tiffany and Margaret Blake Professor in psychology at the University of Chicago.

Whether the pain is literal or figurative has been the focus of a series of neuroimaging studies on social rejection, many of which have used a ball tossing or “Cyberball” test in which subjects watched a computerized representation of social rejection.

In Cyberball, three avatars toss balls back and forth, first on an equal basis and then in a situation in which one avatar is excluded from the ball tosses.

Scholars have produced a number of studies using fMRI scans with the Cyberall procedures using more than 240 participants. The studies have concluded social rejection prompts the same activity in the brain as is observed when people witness physical pain.

Cacioppo and colleagues re-examined the data in the studies from a statistical angle to see if the narrative explanations of the results were true. They also looked at neuroimaging studies of 64 people who experienced an unwanted romantic breakup.

“The meta-analysis revealed three main areas were reliably recruited when a participant was rejected by strangers in the Cyberball task: the anterior insula (bilaterally), the left anterior cingulate cortex (ACC) and the left inferior orbito-frontal cortex. Surprisingly, the dorsal ACC (dACC), which had been identified as a core region in both theoretical analysis and narrative reviews of the literature, did not emerge in the analysis,” she writes. The results were similar in the analysis of the impact of a failed romance.

The study raises the possibility that then neural correlates to social pain are different and more complex than previously thought, the authors conclude.