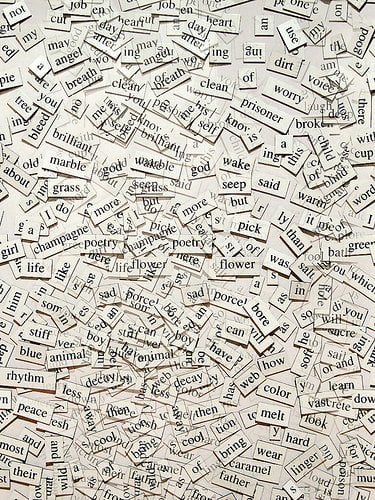 Previously, researchers discovered big concrete words such as 'ocean' or 'dinosaur' were read more quickly than smaller words such as 'apple' or 'parasite'. In this new study, they also discovered abstract words often though of as big, such as 'greed' or 'paradise', were also processed faster than concepts considered smaller, such as 'polite' or 'haste'.
Home
Featured

Bigger may not always be better, but when it comes to brain processing speed, it appears that size does matter.

A new study has revealed that words which refer to big things are processed more quickly by the brain than words for small things.

Researchers at the University of Glasgow had previously found that big concrete words – ‘ocean’, ‘dinosaur’, ‘cathedral’ – were read more quickly than small ones such as ‘apple’, ‘parasite’ and ‘cigarette’.

Now they have discovered that abstract words which are thought of as big – ‘greed’, ‘genius’, ‘paradise’ – are also processed faster than concepts considered to be small such as ‘haste’, ‘polite’ and ‘intimate’.

Dr Sara Sereno, a Reader in the Institute of Neuroscience and Psychology who led the study said: “It seems that size matters, even when it’s abstract and you can’t see it.”

The study, published in the online journal PLoS ONE, also involved researchers from Kent, Manchester and Oregon. Participants were presented with a series of real words referring to objects and concepts both big and small, as well as nonsense, made-up words, totalling nearly 500 items. The different word types were matched for length and frequency of use.

The 60 participants were asked to press one of two buttons to indicate whether each item was a real word or not. This decision took just over 500 milliseconds or around a half second per item. Results showed that words referring to larger objects or concepts were processed around 20 milliseconds faster than words referring to smaller objects or concepts.

“This might seem like a very short period of time,” said Dr Sereno, “but it’s significant and the effect size is typical for this task.”

“Even though abstract words don’t refer to physical objects in the real world, we found that it’s actually quite easy to think of certain concepts in terms of their size,” said co-author Prof Paddy O’Donnell. “Everyone thinks that ‘devotion’ is something big and that ‘mischief’ is something small.”

Bigger things it seems, whether real or imagined, grab our attention more easily and our brains process them faster – even when they are represented by written words.

Notes about this language processing and psychology research

The study was supported in part by an Economic and Social Research Council grant awarded to Dr Sereno.