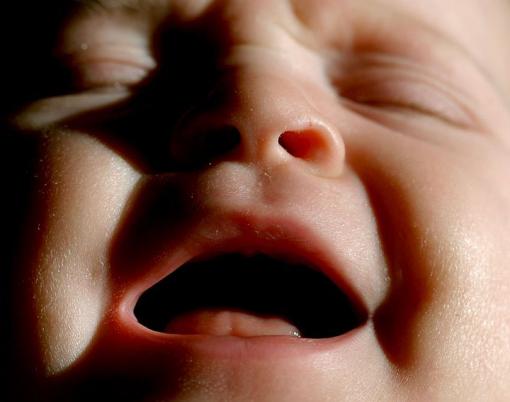 Researchers at Brown University and Women & Infants Hospital have developed a new tool that analyzes the cries of babies, searching for clues to potential health or developmental problems. Slight variations in cries, mostly imperceptible to the human ear, can be a “window into the brain” that could allow for early intervention.

To parents, a baby’s cry is a signal of hunger, pain, or discomfort. But to scientists, subtle acoustic features of a cry, many of them imperceptible to the human ear, can hold important information about a baby’s health.

A team of researchers from Brown University and Women & Infants Hospital of Rhode Island has developed a new computer-based tool to perform finely tuned acoustic analyses of babies’ cries. The team hopes their baby cry analyzer will lead to new ways for researchers and clinicians to use cry in identifying children with neurological problems or developmental disorders.

“There are lots of conditions that might manifest in differences in cry acoustics,” said Stephen Sheinkopf, assistant professor of psychiatry and human behavior at Brown, who helped develop the new tool. “For instance, babies with birth trauma or brain injury as a result of complications in pregnancy or birth or babies who are extremely premature can have ongoing medical effects. Cry analysis can be a noninvasive way to get a measurement of these disruptions in the neurobiological and neurobehavioral systems in very young babies.”

The new analyzer is the result of a two-year collaboration between faculty in Brown’s School of Engineering and hospital-based faculty at Women & Infants Hospital. A paper describing the tool is in press in the Journal of Speech, Language and Hearing Research.

The system operates in two phases. During the first phase, the analyzer separates recorded cries into 12.5-millisecond frames. Each frame is analyzed for several parameters, including frequency characteristics, voicing, and acoustic volume. The second phase uses data from the first to give a broader view of the cry and reduces the number of parameters to those that are most useful. The frames are put back together and characterized either as an utterance — a single “wah” — or silence, the pause between utterances. Longer utterances are separated from shorter ones and the time between utterances is recorded. Pitch, including the contour of pitch over time, and other variables can then be averaged across each utterance.

In the end, the system evaluates for 80 different parameters, each of which could hold clues about a baby’s health.

“It’s a comprehensive tool for getting as much important stuff out of a baby cry that we can,” said Harvey Silverman, professor of engineering and director of Brown’s Laboratory for Engineering Man/Machine Systems.

To understand what important stuff to look for, Silverman and his graduate students Brian Reggiannini and Xiaoxue Li worked closely with Sheinkopf and Barry Lester, director of Brown’s Center for the Study of Children at Risk.

“We looked at them as the experts about the kinds of signals we might want to get,” Silverman said, “and we engineers were the experts on what we might actually be able to implement and methods to do so. So working together worked quite well.”

Lester, who has studied baby cries for years, says this vein of research goes back to the 1960s and a disorder called Cri du chat syndrome.

Cri du chat (cry of the cat) is caused by a genetic anomaly similar to Downs syndrome. Babies who have it have a distinct, high-pitched cry. While the Cri du chat is unmistakable even without sensitive machinery, Lester and others wondered whether subtler differences in cry could also be indicators of a child’s health.

“The idea is that cry can be a window into the brain,” Lester said.

If neurological deficits change the way babies are able to control their vocal chords, those tiny differences might manifest themselves in differences in pitch and other acoustic features. Lester has published several papers showing that differences in cry are linked to medical problems stemming from malnutrition, prenatal drug exposure, and other risks.

“Cry is an early warning sign that can be used in the context of looking at the whole baby,” Lester said.

The tools used in those early studies, however, are primitive by today’s standards, Lester said. In early work, recorded cries were converted to spectrograms, visual readouts of pitch changes over time. Research technicians then read and coded each spectrogram by hand. Later systems automated the process somewhat, but the research was still slow and cumbersome.

The Relationship Between Psychedelics and Consciousness

This new automated analyzer enables researchers to evaluate cries much more quickly and in much greater detail. The Brown team plans to make it available to researchers around the world in the hopes of developing new avenues of cry research.

Sheinkopf, who specializes in developmental disorders, plans to use the tool to look for cry features that might correlate with autism.

“We’ve known for a long time that older individuals with autism produce sounds or vocalizations that are unusual or atypical,” Sheinkopf said. “So vocalizations in babies have been discussed as being useful in developing early identification tools for autism. That’s been a major challenge. How do you find signs of autism in infancy?”

The answer could be encoded in a cry.

“Early detection of developmental disorders is critical,” Lester added. “It can lead to insights into the causes of these disorders and interventions to prevent or reduce the severity of impairment.”

Notes about this neurobiology and neurodevelopment research