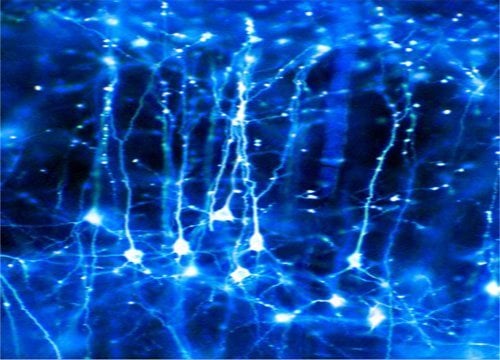 Researchers at Carnegie Mellon have examined the function of neuron diversity and discovered that diversity is vital to comprehensive brain function. The study explored how specific neurons process complex stimuli and code information.

Much like snowflakes, no two neurons are exactly alike. But it’s not the size or shape that sets one neuron apart from another, it’s the way it responds to incoming stimuli. Carnegie Mellon University researchers have discovered that this diversity is critical to overall brain function and essential in how neurons process complex stimuli and code information. The researchers published their findings, the first to examine the function of neuron diversity, online in Nature Neuroscience.

“I think neuroscientists have, at an intuitive level, recognized the variability between neurons, but we swept it under the rug because we didn’t consider that diversity could be a feature. Rather, we looked at it as a fundamental reflection of the imprecision of biology,” said Nathan N. Urban, professor and head of CMU’s Department of Biological Sciences. “We wanted to reconsider that notion. Perhaps this diversity is important maybe it serves some function.”

Estimates say that the human brain alone has upwards of 100 billion neurons, which can be broken down into a number of different types. While members of the same type look structurally alike, and, as a group, contribute to completing the same overall task, each individual neuron in that group fires in response to subtle differences in the incoming stimulus. Typically neuroscientists average out this heterogeneity to obtain their results, assuming that the variability is a “bug of biology.”

“When we think about computer chips, variability in hardware clearly can be very destructive. Manufacturers spend a lot of time and expense making sure each processor on a chip is identical,” Urban said. “The brain is considered to be one of the most sophisticated computers there is. We were intrigued by the idea that the brain might make use of the messy, complex nature of its biological hardware to function more efficiently.”

Urban and postdoctoral student Krishnan Padmanabhan, both researchers in CMU’s Department of Biological Sciences and the joint CMU/University of Pittsburgh Center for the Neural Basis of Cognition, tested single neurons’ responses to a complex stimulus. By placing an electrical probe into individual excitatory neurons called mitral cells and exposing them to a complex computer-controlled noise stimulus, the researchers were able to determine how each cell responded. They found that out of the dozens of neurons they tested, no two had the exact same response. While the researchers believed that these results were striking on their own, it led them to wonder whether or not the neurons were giving a messy version of a single response, or if they were each providing different pieces of information about the stimulus.

To test their hypothesis, the CMU researchers used a tool called spike-triggered averaging that allowed them to determine what feature of the stimulus causes each neuron to respond. They found that some responded to rapid changes in the stimulus and others to slower changes; still other neurons responded when the input signal changed in a regular or rhythmic way. The researchers then computed the information contained in the outputs of highly diverse sets of neurons and compared it to that of groups of more similar neurons. They found that the heterogeneous groups of neurons transmitted two times as much information about the stimulus than the homogeneous group.

“Diversity is an intrinsic good,” Urban said. “A population in which each member is a little different in terms of what they can do is a more efficient and more effective population. It’s like a baseball team if you want to win, you shouldn’t put nine pitchers on the field.”

Aside from its role in information coding, the researchers believe neuronal diversity also could play a role in neurological disorders like epilepsy, Parkinson’s disease and schizophrenia. In these conditions, there is a disruption in the synchrony and rhythmicity of neuronal firing. In the case of epilepsy and Parkinson’s, groups of neurons fire simultaneously, causing seizures or tremors. In schizophrenia, some neurons have a reduced ability to coordinate firing in certain situations, such as during attention tasks. Changes in the diversity of neuronal populations may alter the ease with which neurons enter into these rhythmic firing patterns.

Is Seeing Believing? How Neural Oscillations Influence Our Conscious Experience

Additionally, the researchers want to discover how diversity is achieved. Neurons of a given type are typically born at the same stage of development, with many of them coming from the same progenitor cell. Urban hopes to discover how neurons diversify during development, what proteins are involved and if any type of training or exposure enhances diversity.

About Carnegie Mellon University: Carnegie Mellon (www.cmu.edu) is a private, internationally ranked research university with programs in areas ranging from science, technology and business, to public policy, the humanities and the arts. More than 11,000 students in the university’s seven schools and colleges benefit from a small student-to-faculty ratio and an education characterized by its focus on creating and implementing solutions for real problems, interdisciplinary collaboration and innovation. A global university, Carnegie Mellon’s main campus in the United States is in Pittsburgh, Pa. It has campuses in California’s Silicon Valley and Qatar, and programs in Asia, Australia, Europe and Mexico. The university is in the midst of a $1 billion fundraising campaign, titled “Inspire Innovation: The Campaign for Carnegie Mellon University,” which aims to build its endowment, support faculty, students and innovative research, and enhance the physical campus with equipment and facility improvements.