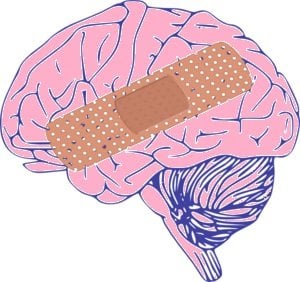 Traumatic brain injuries, such as concussions, were reported more often by males than females, by those with lower school grades and by those who used alcohol or cannabis in the previous 12 months.
Home
Featured

One in five adolescents surveyed in Ontario said they have suffered a traumatic brain injury that left them unconscious for five minutes or required them to be hospitalized overnight, a statistic researchers in Toronto say is much higher than previously thought.

Sports such as ice hockey and soccer accounted for more than half the injuries, said Dr. Gabriela Ilie, lead author of the study and a post-doctoral fellow at St. Michael’s Hospital.

Traumatic brain injuries, such as concussions, were reported more often by males than females, by those with lower school grades and by those who used alcohol or cannabis in the previous 12 months, she said.

The study was to be published Wednesday (June 26) in the Journal of the American Medical Association.

The data used in the study were from the 2011 Ontario Student Drug Use and Health Survey (OSDUHS) developed by the Centre for Addiction and Mental Health. The survey, one of the longest ongoing school surveys in the world, contains responses from almost 9,000 students from Grades 7-12 in publicly funded schools across Ontario. The OSDUHS began as a drug use survey, but is now a broader study of adolescent health and well-being. For the first time in 2011, questions about traumatic brain injury were added to the survey.

“The questions about TBI were added to the OSDUHS because there were no current data on prevalence in the adolescent population,” said Dr. Robert Mann, a senior scientist at CAMH and director of the OSDUHS. “Early research has indicated that there may be links between TBIs and mental health and substance use during adolescence – we plan to study this in the near future.”

Dr. Ilie said this suggests the prevalence of TBI among young people is much higher than previously known, because many head injuries remain uncounted when they are not being reported to parents, teachers, sports coaches or health care workers. In Canada, 50 per cent of all injuries that kill and disable youth involve a TBI.

This new research found that 46.9 per cent of the TBIs reported by adolescent females occurred during sports (e.g., hockey, skate boarding); the figure was 63.5 per cent for males.

“Traumatic brain injury is preventable,” said Dr. Ilie. “If we know who is more vulnerable, when and how these injuries are occurring, we can talk to students, coaches, and parents about it. We can take preventive action and find viable solutions to reduce their occurrence and long-term effects.”

Brain injuries among adolescents are particularly concerning because their brains are still developing. There is growing evidence that people who have had one or more concussions are at greater risk of future concussions, and evidence that multiple brain injuries can result in lasting cognitive impairment, substance use, mental health and physical health harms.

Notes about this neurology and TBI research

This study is part of a team project grant awarded to Dr. Michael Cusimano, a neurosurgeon and concussion researcher at St. Michael’s, by the Canadian Institutes for Health Research and the Ontario Neurotrauma Foundation. The work was also supported by grants to Dr. Mann from AUTO21.

Contact: Leslie Shepherd – St. Michael’s Hospital
Source: St. Michael’s Hospital press release
Image Source: The brain with a bandaid image is credited to Bryan Pugh and is in the public domain.
Original Research: The study will be published in JAMA on June 26 2013. We will update with a link to the research and doi when available.