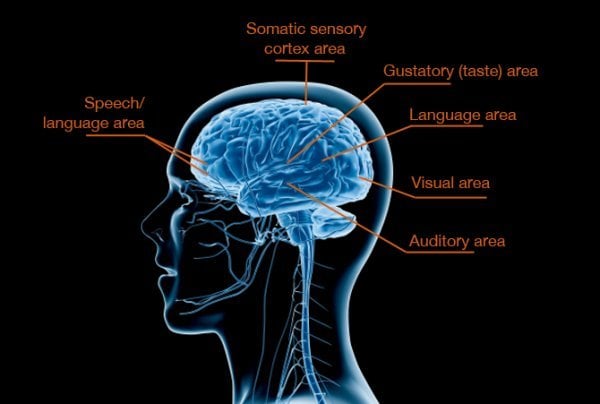 The image shows areas of the brain that can be affected by sensory processing disorders. Using an advanced form of MRI, researchers at UCSF have identified abnormalities in the brain structure of children with SPD primarily in the back of the brain. Credited to UCSF.
Home
Featured

Sensory processing disorders (SPD) are more prevalent in children than autism and as common as attention deficit hyperactivity disorder, yet it receives far less attention partly because it’s never been recognized as a distinct disease.

In a groundbreaking new study from UC San Francisco, researchers have found that children affected with SPD have quantifiable differences in brain structure, for the first time showing a biological basis for the disease that sets it apart from other neurodevelopmental disorders.

One of the reasons SPD has been overlooked until now is that it often occurs in children who also have ADHD or autism, and the disorders have not been listed in the Diagnostic and Statistical Manual used by psychiatrists and psychologists.

“Until now, SPD hasn’t had a known biological underpinning,” said senior author Pratik Mukherjee, MD, PhD, a professor of radiology and biomedical imaging and bioengineering at UCSF. “Our findings point the way to establishing a biological basis for the disease that can be easily measured and used as a diagnostic tool,” Mukherjee said.

The work is published in the open access online journal NeuroImage:Clinical.

‘Out of Sync’ Kids

Children with SPD struggle with how to process stimulation, which can cause a wide range of symptoms including hypersensitivity to sound, sight and touch, poor fine motor skills and easy distractibility. Some SPD children cannot tolerate the sound of a vacuum, while others can’t hold a pencil or struggle with social interaction. Furthermore, a sound that one day is an irritant can the next day be sought out. The disease can be baffling for parents and has been a source of much controversy for clinicians, according to the researchers.

“Most people don’t know how to support these kids because they don’t fall into a traditional clinical group,” said Elysa Marco, MD, who led the study along with postdoctoral fellow Julia Owen, PhD. Marco is a cognitive and behavioral child neurologist at UCSF Benioff Children’s Hospital, ranked among the nation’s best and one of California’s top-ranked centers for neurology and other specialties, according to the 2013-2014 U.S. News & World Report Best Children’s Hospitals survey.

“Sometimes they are called the ‘out of sync’ kids. Their language is good, but they seem to have trouble with just about everything else, especially emotional regulation and distraction. In the real world, they’re just less able to process information efficiently, and they get left out and bullied,” said Marco, who treats affected children in her cognitive and behavioral neurology clinic.

“If we can better understand these kids who are falling through the cracks, we will not only help a whole lot of families, but we will better understand sensory processing in general. This work is laying the foundation for expanding our research and clinical evaluation of children with a wide range of neurodevelopmental challenges – stretching beyond autism and ADHD,” she said.

The study examined 16 boys, between the ages of eight and 11, with SPD but without a diagnosis of autism or prematurity, and compared the results with 24 typically developing boys who were matched for age, gender, right- or left-handedness and IQ. The patients’ and control subjects’ behaviors were first characterized using a parent report measure of sensory behavior called the Sensory Profile.

The imaging detected abnormal white matter tracts in the SPD subjects, primarily involving areas in the back of the brain, that serve as connections for the auditory, visual and somatosensory (tactile) systems involved in sensory processing, including their connections between the left and right halves of the brain.

“These are tracts that are emblematic of someone with problems with sensory processing,” said Mukherjee. “More frontal anterior white matter tracts are typically involved in children with only ADHD or autistic spectrum disorders. The abnormalities we found are focused in a different region of the brain, indicating SPD may be neuroanatomically distinct.”

The researchers found a strong correlation between the micro-structural abnormalities in the white matter of the posterior cerebral tracts focused on sensory processing and the auditory, multisensory and inattention scores reported by parents in the Sensory Profile. The strongest correlation was for auditory processing, with other correlations observed for multi-sensory integration, vision, tactile and inattention.

The abnormal microstructure of sensory white matter tracts shown by DTI in kids with SPD likely alters the timing of sensory transmission so that processing of sensory stimuli and integrating information across multiple senses becomes difficult or impossible.

“We are just at the beginning, because people didn’t believe this existed,” said Marco. “This is absolutely the first structural imaging comparison of kids with research diagnosed sensory processing disorder and typically developing kids. It shows it is a brain-based disorder and gives us a way to evaluate them in clinic.”

Future studies need to be done, she said, to research the many children affected by sensory processing differences who have a known genetic disorder or brain injury related to prematurity.

Notes about this neuroimaging and sensory processing disorder research

The study’s co-authors are Shivani Desai, BS, Emily Fourie, BS, Julia Harris, BS, and Susanna Hill, BS, all of UCSF, and Anne Arnett, MA, of the University of Denver.

The research was supported by the Wallace Research Foundation. The authors have reported that they have no conflicts of interest relevant to the contents of this paper to disclose.