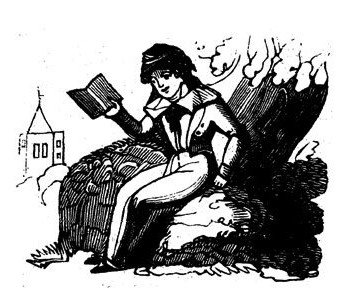 Researchers have been able to pinpoint brain activity and understand its role in dyslexia, but no functional magnetic resonance imaging or fMRI studies, until now, have examined the neurobiological profile of those who exhibit poor reading comprehension despite intact word-level abilities.
Home
Featured

Not All Reading Disabilities are Dyslexia

A common reading disorder goes undiagnosed until it becomes problematic, according to the results of five years of study by researchers at Vanderbilt’s Peabody College of education and human development in collaboration with the Kennedy Krieger Institute/Johns Hopkins School of Medicine. Results of the study were recently published online by the National Institutes of Health.

Dyslexia, a reading disorder in which a child confuses letters and struggles with sounding out words, has been the focus of much reading research.

But that’s not the case with the lesser known disorder Specific Reading Comprehension Deficits or S-RCD, in which a child reads successfully but does not sufficiently comprehend the meaning of the words, according to lead investigator Laurie Cutting, Patricia and Rodes Hart Chair at Peabody.

“S-RCD is like this: I can read Spanish, because I know what sounds the letters make and how the words are pronounced, but I couldn’t tell you what the words actually mean,” Cutting said. “When a child is a good reader, it’s assumed their comprehension is on track. But 3 to 10 percent of those children don’t understand most of what they’re reading. By the time the problem is recognized, often closer to third or fourth grade, the disorder is disrupting their learning process.”

Researchers have been able to pinpoint brain activity and understand its role in dyslexia, but no functional magnetic resonance imaging or fMRI studies, until now, have examined the neurobiological profile of those who exhibit poor reading comprehension despite intact word-level abilities.

Neuroimaging of children showed that the brain function of those with S-RCD while reading is quite different and distinct from those with dyslexia. Those with dyslexia exhibited abnormalities in a specific region in the occipital-temporal cortex, a part of the brain that is associated with successfully recognizing words on a page.

“It may be that these individuals have a whole different neurobiological signature associated with how they read that is not efficient for supporting comprehension,” Cutting said. “We want to understand the different systems that support reading and see which ones help different types of difficulties, and how we can target the cognitive systems that support those skills.”

Notes about this neurodevelopment and reading disorder research

The study, an ongoing 10-year effort supported by National Institutes of Health grant No. M01-RR000052, has enrolled more than 300 children to date.