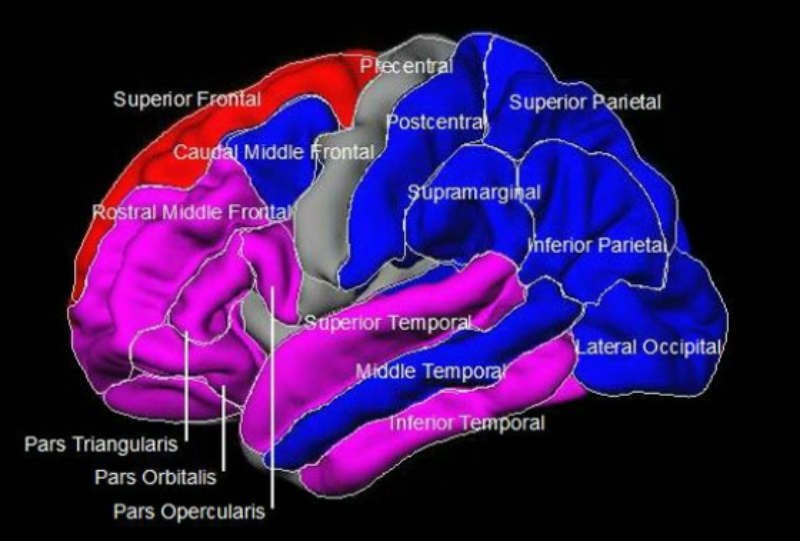 Scientists know there is a strong genetic component to bipolar disorder, but they have had an extremely difficult time identifying the genes that cause it. So, in an effort to better understand the illness’s genetic causes, researchers at UCLA tried a new approach.

Instead of only using a standard clinical interview to determine whether individuals met the criteria for a clinical diagnosis of bipolar disorder, the researchers combined the results from brain imaging, cognitive testing, and an array of temperament and behavior measures. Using the new method, UCLA investigators — working with collaborators from UC San Francisco, Colombia’s University of Antioquia and the University of Costa Rica — identified about 50 brain and behavioral measures that are both under strong genetic control and associated with bipolar disorder. Their discoveries could be a major step toward identifying the specific genes that contribute to the illness.

The results are published in the Feb. 12 edition of the journal JAMA Psychiatry.

A severe mental illness that affects about 1 to 2 percent of the population, bipolar disorder causes unusual shifts in mood and energy, and it interferes with the ability to carry out everyday tasks. Those with the disorder can experience tremendous highs and extreme lows — to the point of not wanting to get out of bed when they’re feeling down. The genetic causes of bipolar disorder are highly complex and likely involve many different genes, said Carrie Bearden, a senior author of the study and an associate professor of psychiatry and psychology at the UCLA Semel Institute for Neuroscience and Human Behavior.

“The field of psychiatric genetics has long struggled to find an effective approach to begin dissecting the genetic basis of bipolar disorder,” Bearden said. “This is an innovative approach to identifying genetically influenced brain and behavioral measures that are more closely tied to the underlying biology of bipolar disorder than the clinical symptoms alone are.”

The researchers assessed 738 adults, 181 of whom have severe bipolar disorder. They used high-resolution 3-D images of the brain, questionnaires evaluating temperament and personality traits of individuals diagnosed with bipolar disorder and their non-bipolar relatives, and an extensive battery of cognitive tests assessing long-term memory, attention, inhibitory control and other neurocognitive abilities.

Approximately 50 of these measures showed strong evidence of being influenced by genetics. Particularly interesting was the discovery that the thickness of the gray matter in the brain’s temporal and prefrontal regions — the structures that are critical for language and for higher-order cognitive functions like self-control and problem-solving — were the most promising candidate traits for genetic mapping, based on both their strong genetic basis and association with the disease.

“These findings are really just the first step in getting us a little closer to the roots of bipolar disorder,” Bearden said. “What was really exciting about this project was that we were able to collect the most extensive set of traits associated with bipolar disorder ever assessed within any study sample. These data will be a really valuable resource for the field.”

The individuals assessed in this study are members of large families living in Costa Rica’s central valley and Antioquia, Colombia. The families were founded by European and native Amerindian populations about 400 years ago and have a very high incidence of bipolar disorder. The groups were chosen because they have remained fairly isolated since their founding and their genetics are therefore simpler for scientists to study than those of general populations.

The fact that the findings aligned so closely with those of previous, smaller studies in other populations was surprising even to the scientists, given the subjects’ unique genetic background and living environments.

“This suggests that even if the specific genetic variants we identify may be unique to this population, the biological pathways they disrupt are likely to also influence disease risk in other populations,” Bearden said.

The researchers’ next step is to use the genomic data they collected from the families — including full genome sequences and gene expression data— to begin identifying the specific genes that contribute to risk for bipolar disorder. The researchers also plan to extend their investigation into the children and teens in these families. They hypothesize that many of the bipolar-related brain and behavioral differences found in adults with bipolar disorder had their origins in adolescent neurodevelopment.

Notes about this neuropsychology and neurobiology research

The study’s other authors include Dr. Nelson Freimer, a UCLA professor of psychiatry and director of the UCLA Center for Neurobehavioral Genetics, and Scott Fears, assistant professor in the Center for Neurobehavioral Genetics. Please see the paper for a full list of co-authors. The research was supported by National Institute of Health grants R01MH075007, R01MH095454, P30NS062691, K23MH074644-01 and K08MH086786, and by Colciencias (Colombia’s Administrative Department of Science, Technology and Innovation) and the Committee for the Development of Research (CODI) at Colombia’s University of Antioquia.