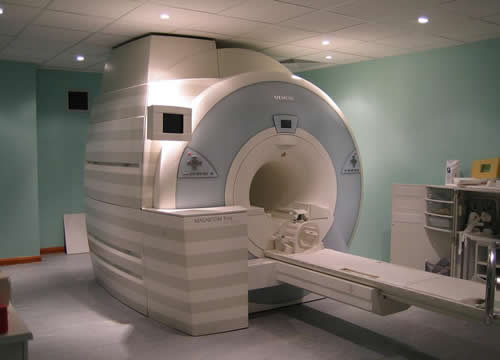 fMRI studies could help neuroscientists to identify biomarkers for depression. A recent fMRI study of patients with depression showed  abnormal activation in the medial prefronal cortex. Researchers believe that by identifying the neurobiological markers for depression, psychiatrists could one day tailor medications and therapies to suit the needs of individual patients.

The neural basis of the depressive self

Depression is actually defined by specific clinical symptoms such as sadness, difficulty to experience pleasure, sleep problems etc., present for at least two weeks, with impairment of psychosocial functioning. These symptoms guide the physician to make a diagnosis and to select antidepressant treatment such as drugs or psychotherapy.

At least 40% of depressed patients actually benefit from antidepressant treatment, whereas 20-30% of patients may suffer from chronic depression that negatively impacts their quality of life. In order to improve the efficiency of treatment and reduce the burden of depressive disorders, depression clearly needs to be defined at the neurobiological level.

Role of neurobiological markers in depression

Current research efforts are devoted to the study of the neural bases of depression and treatment induced changes using modern brain imaging techniques such as functional Magnetic Resonance Imaging (fMRI). Since many years it has become clear that depression is associated with dysfunction of specific brain regions involved in cognitive control and emotional response.

A recent fMRI-study showed that depressed patients had an abnormal activation of the medial prefrontal cortex (Figure 1; Lemogne et al. 2009). During this study, subjects had to judge whether personality traits described them or not (i.e. ‘Am I selfish?’), or whether it described a generally desirable trait or not (i.e. ‘Is it good or bad to be greedy?’). The dysfunction of the medial prefrontal region may explain specific complaints of depressed patients such as self-blame, rumination and feeling of guilt.

It was observed that this activation pattern was maintained over the course of depression after 8 weeks of antidepressant treatment. These results are difficult to interpret but suggest that, after remission of depression, some patients show persistent abnormalities of specific brain regions. Such abnormalities may indicate the need for complementary treatment such as cognitive behavioural therapy in order to reduce the risk of depressive recurrence.

Overall, these findings suggest that brain imaging studies could provide biomarkers of diagnosis and improve patients chances to responding to specific treatment modalities. Such neurobiological markers of depression may help psychiatrists to tailor antidepressant treatment to the brain and the biological needs of the patients.

In the general population, depression is still frequently associated with bad life style, impairment of volition and ‘psychological weakness’. However, the results of brain imaging studies clearly have confirmed that depression is a true brain disease associated with dysfunction of specific brain regions involved in cognitive control and emotional response.

Depression needs to be defined at the neurobiological level in order to improve the efficiency of treatment and reduce the burden of depressive disorders.

Neurobiological markers of depression may help psychiatrists to target specific neural processes and regions involved in affective regulation and to tailor antidepressant treatment according to the biological needs of the patients. This could improve patients chances to responding to specific treatment modalities.

Our Attention Is Captured by Eye-Glance