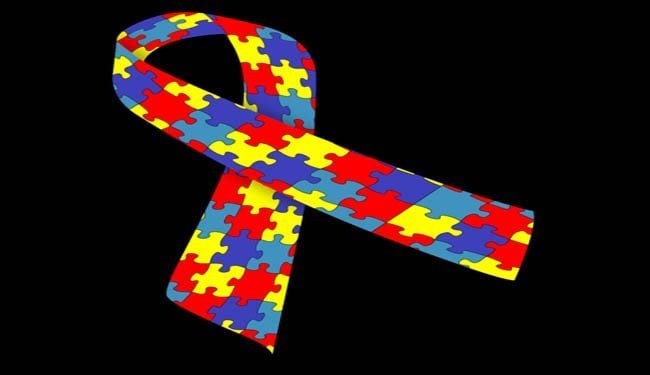 The study involved 28 autistic boys, ages 3 to 12. Researchers placed the boys in two groups based on their age and autism severity. For six months, both groups participated in standard behavioral therapy but boys in one of the groups also underwent daily environmental enrichment exercises.
Home
Autism

A specific antioxidant supplement may be an effective therapy for some features of autism, according to a pilot trial from the Stanford University School of Medicine and Lucile Packard Children’s Hospital that involved 31 children with the disorder.

The antioxidant, called N-Acetylcysteine, or NAC, lowered irritability in children with autism as well as reducing the children’s repetitive behaviors. The researchers emphasized that the findings must be confirmed in a larger trial before NAC can be recommended for children with autism.

Irritability affects 60 to 70 percent of children with autism. “We’re not talking about mild things: This is throwing, kicking, hitting, the child needing to be restrained,” said Antonio Hardan, MD, the primary author of the new study. “It can affect learning, vocational activities and the child’s ability to participate in autism therapies.”

The study appears in the June 1 issue of Biological Psychiatry. Hardan is an associate professor of psychiatry and behavioral sciences at Stanford and director of the Autism and Developmental Disabilities Clinic at Packard Children’s. Stanford is filing a patent for the use of NAC in autism, and one of the study authors has a financial stake in a company that makes and sells the NAC used in the trial.

Finding new medications to treat autism and its symptoms is a high priority for researchers. Currently, irritability, mood swings and aggression, all of which are considered associated features of autism, are treated with second-generation antipsychotics. But these drugs cause significant side effects, including weight gain, involuntary motor movements and metabolic syndrome, which increases diabetes risk. By contrast, side effects of NAC are generally mild, with gastrointestinal problems such as constipation, nausea, diarrhea and decreased appetite being the most common.

The study tested children with autism ages 3 to 12. They were physically healthy and were not planning any changes in their established autism treatments during the trial. In a double-blind study design, children received NAC or a placebo for 12 weeks. The NAC used was a pharmaceutical-grade preparation donated by the neutraceutical manufacturer BioAdvantex Pharma. Subjects were evaluated before the trial began and every four weeks during the study using several standardized surveys that measure problem behaviors, social behaviors, autistic preoccupations and drug side effects.

During the 12-week trial, NAC treatment decreased irritability scores from 13.1 to 7.2 on the Aberrant Behavior Checklist, a widely used clinical scale for assessing irritability. The change is not as large as that seen in children taking antipsychotics. “But this is still a potentially valuable tool to have before jumping on these big guns,” Hardan said.

In addition, according to two standardized measures of autism mannerisms and stereotypic behavior, children taking NAC showed a decrease in repetitive and stereotyped behaviors.

“One of the reasons I wanted to do this trial was that NAC is being used by community practitioners who focus on alternative, non-traditional therapies,” Hardan said. “But there is no strong scientific evidence to support these interventions. Somebody needs to look at them.”

Hardan cautioned that the NAC for sale as a dietary supplement at drugstores and grocery stores differs in some important respects from the individually packaged doses of pharmaceutical-grade NAC used in the study, and that the over-the-counter version may not produce the same results. “When you open the bottle from the drugstore and expose the pills to air and sunlight, it gets oxidized and becomes less effective,” he said.

Although the study did not test how NAC works, the researchers speculated on two possible mechanisms of action. NAC increases the capacity of the body’s main antioxidant network, which some previous studies have suggested is deficient in autism. In addition, other research has suggested that autism is related to an imbalance in excitatory and inhibitory neurotransmitters in the brain. NAC can modulate the glutamatergic family of excitatory neurotransmitters, which might be useful in autism.

The scientists are now applying for funding to conduct a large, multicenter trial in which they hope to replicate their findings.

“This was a pilot study,” Hardan said. “Final conclusions cannot be made before we do a larger trial.”

Hardan’s collaborators at Stanford were Lawrence Fung, MD, a psychiatry resident; Robin Libove and Surekha Nair, MD, social science research assistants; postdoctoral scholar Tetyana Obukhanych, PhD; Lenore Herzenberg, DSc, professor of genetics and member of the Stanford Cancer Institute; and Rabindra Tirouvanziam, PhD, a former instructor in pediatric pulmonary medicine at Stanford who is now at the Emory University School of Medicine. The research was supported by a grant from the Escher Family Fund at the Silicon Valley Community Foundation. Herzenberg and Tirouvanziam are listed as inventors on two patents for NAC used for treating cystic fibrosis that are licensed by BioAdvantex Pharma, which supplied NAC for the trial. Herzenberg also has equity in BioAdvantex.

Information about the Stanford Autism Center at Packard Children’s Hospital and the Department of Psychiatry and Behavioral Sciences, which also supported the research, is available online at http://autism.lpch.org.

Lucile Packard Children’s Hospital is annually ranked as one of the nation’s best pediatric hospitals by U.S. News & World Report, and is the only San Francisco Bay Area children’s hospital with programs ranked in the U.S. News Top Ten. The 311-bed hospital is devoted to the care of children and expectant mothers, and provides pediatric and obstetric medical and surgical services in association with the Stanford University School of Medicine. Packard Children’s offers patients locally, regionally and nationally a full range of health care programs and services, from preventive and routine care to the diagnosis and treatment of serious illness and injury.