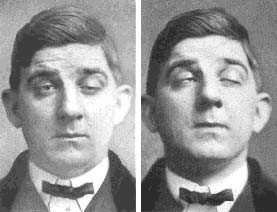 Working with mice, Johns Hopkins researchers say they have developed a gene-based therapy to stop the rodent equivalent of the autoimmune disease myasthenia gravis by specifically targeting the destructive immune response the disorder triggers in the body.
Home
Featured

Working with mice, Johns Hopkins researchers say they have developed a gene-based therapy to stop the rodent equivalent of the autoimmune disease myasthenia gravis by specifically targeting the destructive immune response the disorder triggers in the body.

The technique, the result of more than 10 years of work, holds promise for a highly specific therapy for the progressively debilitating muscle-weakening human disorder, one that avoids the need for long-term, systemic immunosuppressant drugs that control the disease but may create unwanted side effects.

The research, if replicated in humans, could be a big leap in treating not only myasthenia gravis, but also other autoimmune disorders, the researchers say.

“To treat autoimmune diseases, we normally give drugs that suppress not only the specific antibodies and cells we want to inhibit, but that also broadly interfere with other functions of the immune system,” says Daniel B. Drachman, M.D., a professor of neurology and neuroscience at the Johns Hopkins University School of Medicine and leader of the study published this month in the Journal of Neuroimmunology. “Our goal was to suppress only the abnormal response, without damaging the remainder of the immune system, and that’s what we did in these mice.”

A healthy immune system has the amazing ability to distinguish between the body’s own cells, recognized as “self,” and foreign proteins and other substances — including germs and tumors — to fight infections, cancer and other diseases. The body’s immune defenses normally coexist peacefully with cells that carry distinctive “self” marker molecules. But when immune defenders encounter foreign molecules, they quickly launch an attack. Autoimmune disorders occur when the immune system makes a mistake, in which it confuses “self” with something foreign, and then launches an attack by immune cells and/or antibodies to seek out and damage the body’s own cells.

Drachman, one of the world’s leading authorities on myasthenia gravis and other neurologic autoimmune disorders, and his colleagues say they have found a way to create a “guided missile” approach as opposed to the “carpet bombing” of overall immunosuppression. Essentially, Drachman says, the method eliminates the cells of the immune system that are involved in the attack against self and leaves other cells alone.

The research team created the guided missiles by genetically engineering dendritic cells, which are the immune cells that specialize in presenting antigens to the immune system’s T-cells. They extracted dendritic cells from mice with myasthenia gravis, purified them and inserted genes which direct these dendritic cells to target the auto-aggressive immune cells, and destroy them using a “warhead” known as Fas ligand. Then they injected back into the mice the genetically engineered cells, which homed in on the immune system’s faulty T-cells. The newly introduced “guided missiles” then sought out and bound themselves to those T-cells, causing apoptosis, or cellular suicide, which halted the autoimmune attack before it could gain traction.

“This way, the autoantibodies were specifically reduced, a key step in treating myasthenia gravis,” Drachman says.

The therapy dramatically reduced the autoantibodies responsible for myasthenia gravis, without affecting other responses of the immune system. However, the study was not carried out long enough to determine whether the mice were permanently cured of their disease. Theoretically, a similar approach to treatment could be translated to patients with myasthenia gravis, but so far it has not yet been tested in humans, and it is not yet known whether repeated courses of the therapy might be needed.

Myasthenia gravis, a condition found in an estimated one to seven per 10,000 people worldwide, occurs in individuals who appear to be genetically predisposed, though it is unclear exactly what triggers the disease. Overall, however, an estimated 80 to 100 known autoimmune disorders affect more than 23 million Americans.

Patients who take immunosuppressant drugs are more susceptible to infections and even some forms of cancer.

Notes about this Myasthenia Gravis research

Drachman has been at Johns Hopkins since 1969 and is one of the founders of the institution’s Department of Neurology.

The study was supported in part by grants from the National Institutes of Health’s National Institute of Neurological Disorders and Stroke (NS40778), the Muscular Dystrophy Association and the W.W. Smith Charitable Trust.