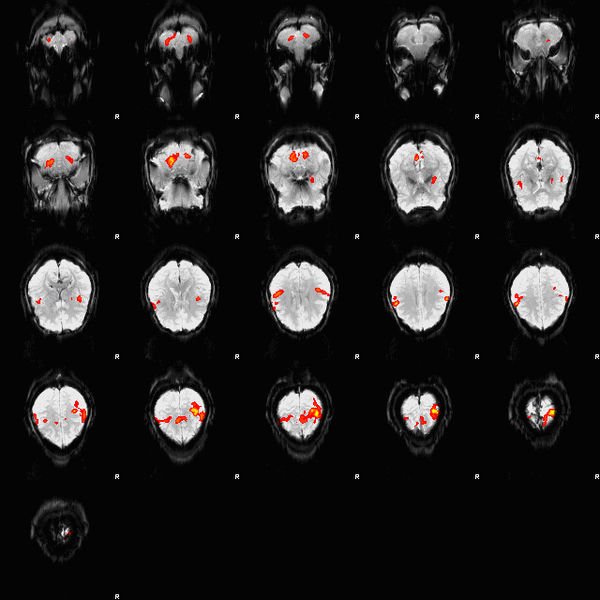 Basing their work on the assumption that the brain makes a mental plan before movements are made, researchers compared the time of participants imagined movements of their fingers to actual movement. They noted a slight speed decline associated with participants age, with a marked drop in ability of participants aged 64 and older. The image is an fMRI depiction of activated brain areas during an index finger-tapping sequence.
Home
Featured

People in their 20s don’t have much on their middle-aged counterparts when it comes to some fine motor movements, researchers from UT Arlington have found.

In a simple finger-tapping exercise, study participants’ speed declined only slightly with age until a marked drop in ability with participants in their mid-60s.

Priscila Caçola, an assistant professor of kinesiology at The University of Texas at Arlington, hopes the new work will help clinicians identify abnormal loss of function in their patients. Though motor ability in older adults has been studied widely, not a lot of research has focused on when deficits begin, she said.

The journal Brain and Cognition will include the study in its June 2013 issue.

“We have this so-called age decline, everybody knows that. I wanted to see if that was a gradual process,” Caçola said. “It’s good news really because I didn’t see differences between the young and middle-aged people.”

Caçola’s co-authors on the paper are Jerroed Roberson, a senior kinesiology major at UT Arlington, and Carl Gabbard, a professor in the Texas A&M University Department of Health and Kinesiology.

The researchers based their work on the idea that before movements are made, the brain makes a mental plan. They used an evaluation process called chronometry that compares the time of test participants’ imagined movements to actual movements. Study participants – 99 people ranging in age from 18 to 93 – were asked to imagine and perform a series of increasingly difficult, ordered finger movements. They were divided into three age groups – 18-32, 40-63 and 65-93 – and the results were analyzed.

“What we found is that there is a significant drop-off after the age of 64,” Roberson said. “So if you see a drop-off in ability before that, then it could be a signal that there might be something wrong with that person and they might need further evaluation.”

The researchers also noted that the speed of imagined movements and executed actions tended to be closely associated within each group. That also could be useful knowledge for clinicians, the study said.

“The important message here is that clinicians should be aware that healthy older adults are slower than younger adults, but are able to create relatively accurate internal models for action,” the study said.

Notes about this motor skills research

Caçola is a member of UT Arlington Center for Health Living and Longevity. She has published previous research on the links between movement representation and motor ability in children.

Unraveling the Origin of Alzheimer’s Disease