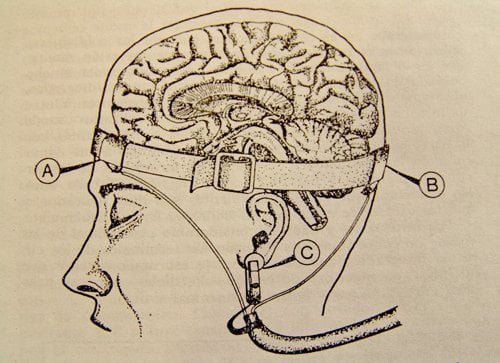 Milwaukee Neuroscience Conference To Explore The Inner Workings Of The Brain

Leading neuroscience researchers will be attending a conference in Milwaukee this month. The conference will focus on obtaining better insights into the inner workings of the brain to better understand thinking, brain development and neurological diseases. Some key neuroscience presentations will include Neuropsychiatric Disorders, The Genetics of Brain Connectivity and The Mathematical Modeling of Brain Regions.

Top brain researchers from around the world will be in Milwaukee, Sept, 16-19, 2010, for a neuroscience conference focused on gaining insights into the brain’s inner workings to better understand how the brain thinks, how the brain develops, and how the brain is altered by neurological diseases and how it responds to treatment.

Some 350 scientists will attend the Second International Conference on Resting-State Functional Brain Connectivity, hosted by the Medical College of Wisconsin. Researchers from the top academic programs in neuroscience from throughout North America, Europe, and Asia will be presenting their latest findings.

Resting-state functional MRI (r-fMRI) was discovered by researchers at The Medical College of Wisconsin in 1995 who first demonstrated that the brain is never truly at rest. Even when the body is not performing an activity, regions of the brain continue to “talk” to each another. The r-fMRI technique detects the “resting-state” communication between brain regions.

According to Christopher Pawela, Ph.D., conference chairman and assistant professor of plastic surgery and biophysics at the Medical College, “This meeting will provide the key researchers in the field the opportunity to interact and bring us closer to revealing some of the tightly held secrets of the brain giving us vital answers to treating diseases.”

Many corporations are exploring the use of r-fMRI as a tool to help diagnose brain diseases and disorders. Corporate sponsors for the conference include Philips Medical, GE Healthcare, Siemens Medical, Toshiba Medical, and Abbott Laboratories.

Altered brain activity is an indicator in many disorders. The r fMRI method provides a fingerprint of a particular disorder and helps clinicians develop more useful tests to detect and understand disease processes, as well as monitor disease progression and treatment response.

An aim of neuroscientists who use the r-fMRI method is to construct a map of the brain’s numerous connections and pathways and reveal the inner workings of the “resting brain”. Having a comprehensive map of the human brain will shed light on such neurological diseases as Alzheimer’s disease, schizophrenia, and addiction, and also help in the development of more effective therapies and drugs to treat injury or illness.

As part of the r-fMRI method, a person is placed in an MRI scanner and images are acquired of their brain. During the experiment, the subject lies perfectly still hence the term “resting-state”. Resting-state connectivity is the measurement of the strength of connections between two functionally related brain regions in the absence of any stimulus or task. Such connections between any two regions of the brain have been observed using a variety of neuroimaging techniques. Several studies have shown a slow persistent signal fluctuating at about 6 cycles per minutes (0.01Hz – 0.10 Hz) as the primary source of these interregional correlations.

Various researchers have shown that these differences in connections between regions during rest are capable of detecting differences in populations based on gender, age, etc., as well as between individuals of the same demographic.

One such study by Medical College researchers is using brain connectivity data (synchronization of signals) to provide biomarkers for presymptomatic diagnosis of Alzheimer’s disease in human volunteers. They are comparing the brains of normal persons with those with mild cognitive disorder and those with Alzheimer’s and testing the impact of medication to prevent or reverse the weakened connections. Shi-Jiang Li, Ph.D., professor of biophysics, and Piero Antuono, M.D., professor of neurology, will present their findings at the conference.

Other key presentations include:

Brain Connectivity Database
Bharat Biswal, Rutgers University
Dr. Biswal will review the normal brain connectivity database that he developed using 2,000 normal, healthy subjects as a baseline for the study of disease states. Fifteen years ago, while a graduate student at the Medical College, Dr. Biswal and James Hyde were the first to show that the brain is active during the “resting state”. This was the revolutionary study that pioneered this rapidly growing field. Dr. Hyde is the James S. Hyde Professor in Biophysics and director of the National Biomedical Electron
Paramagnetic Resonance Center.

Mathematical Modeling of Brain Regions
Ed Bullmore, University of Cambridge
Olaf Sporns, Indiana University
Separate presentations will be made on the development of mathematical models of connections between brain regions.

Neuropsychiatric Disorders
Michael Greicius, Stanford University
Dr. Greicius will discuss how “resting-state” brain connections are altered by psychiatric disorders and how r-fMRI could provide a method to diagnose these disorders more accurately.

Anthony Hudetz, Medical College of Wisconsin
Dr. Hudetz will discuss his research on the effects of general anesthesia on conscious activities of the human brain, revealing that resting-brain activity is substantial even under anesthesia.