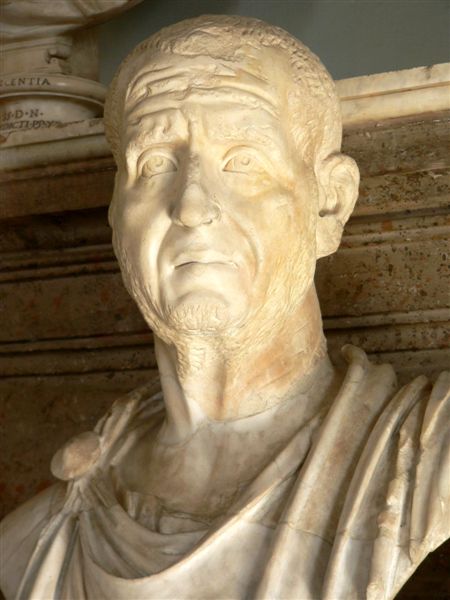 A marble bust of the Roman Emperor Traianus Decius from the Capitoline Museum in Italy. It was shared by Mary Harrsch.
Home
Featured

Fear responses can only be erased when people learn something new while retrieving the fear memory. This is the conclusion of a study conducted by scientists from the University of Amsterdam (UvA) and published in the leading journal Science.

Researchers Dieuwke Sevenster MSc, Dr Tom Beckers and Prof. Merel Kindt have developed a method to determine whether an acquired fear response is susceptible to modification. By doing so, they have revealed the circumstances under which an acquired fear response can be eradicated. In order to measure whether a person actually learnt something new, the researchers used a measure for Prediction Error – in other words, the discrepancy between a person’s anticipation of what is going to happen and what actually happens.

Cognitive Behavioural Therapy is currently the most common and effective type of treatment for people suffering from anxiety disorders. However, the effects are often short-lived and the fear returns in many patients. One major finding of Van Kindt’s research lab is that when participants were given propranolol, a beta blocker, while retrieving a specific fear memory, the acquired fear response was shown to be totally erased a day or month later.

The researchers repeatedly found that the fear did not come back, despite the use of techniques specifically aimed to make it return. This indicates that the fear memory was either fully eradicated, or could no longer be accessed. One crucial finding was that while participants could still remember the association with the fear, that particular memory no longer triggered the former fear response.

The current findings will contribute to the further development of more effective and efficient therapies for patients suffering from excessive anxiety disorders, such as trauma victims. There was no independent measure to indicate whether the memory is susceptible to modification up until now. The researchers have shown that the fear response can be eradicated completely, provided that the person concerned actually learns something new while retrieving the fear memory.

Notes about this fear and memory research

Contact: Merel Kindt – University of Amsterdam
Source: University of Amsterdam press release
Image Source: The image is a marble bust of the Roman Emperor Traianus Decius from the Capitoline Museum in Italy. It was shared by Mary Harrsch with the CC-BY-SA-2.0 license via Wikimedia Commons and Flickr.
Original Research: Abstract for “Prediction Error Governs Pharmacologically Induces Amnesia for Learned Fear” by D. Sevenster, T. Beckers and M. Kindt in Science 15 February 2013 Vol. 339 no. 6121 pp. 830-833 doi: 10.1126/science.1231357