Complement genes add to sex-based vulnerability in lupus and schizophrenia 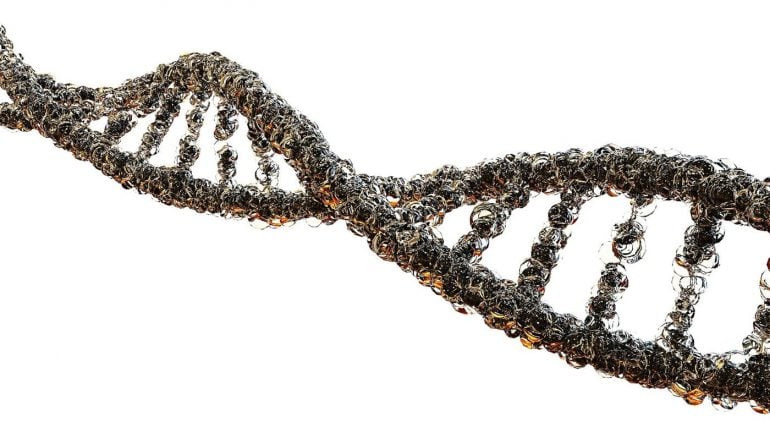 The identified alleles are complement component 4A and 4B, known as C4A and C4B. Image is in the public domain.

Summary: Gene variants in the immune system result in sex-based vulnerabilities to autoimmune diseases and schizophrenia.

Source: University of Alabama at Birmingham

Variants in a gene of the human immune system cause men and women to have different vulnerabilities to the autoimmune diseases lupus and Sjögren’s syndrome, according to findings published in the journal Nature. This extends recent work that showed the gene variants could increase risk for schizophrenia.

The gene variants are a member of the complement system, a cascade of proteins that help antibodies and phagocytic cells remove damaged cells of a person’s own body, as well as an infection defense that promotes inflammation and attacks pathogens. Normally the complement system keeps a person healthy in the face of pathogens; it also helps cart away the debris of damaged human cells before the body can mount an autoimmune attack. Now complement gene variants apparently play a contributing role in the diseases systemic lupus erythematosus, Sjögren’s syndrome and schizophrenia.

It had been known that all three illnesses had common genetic associations with a section of the human chromosome called the major histocompatibility complex, or MHC. This region on chromosome 6 includes many genes that regulate the immune system. However, making an association with a specific gene — or with the mutational variants of a specific gene that are called alleles — has been difficult, partly because the MHC on human chromosome 6 spans three million base-pairs of DNA.

The Nature paper is a collaboration of 22 authors at 10 institutions in the United States and one in England, along with many members of a schizophrenia working group. Robert Kimberly, M.D., professor of medicine at the University of Alabama at Birmingham and director of the UAB Center for Clinical and Translational Science, is a co-author of the research, which was led by corresponding author Steven McCarroll, Ph.D., assistant professor of genetics at Harvard Medical School.

The identified alleles are complement component 4A and 4B, known as C4A and C4B.

The research showed that different combinations of C4A and C4B copy numbers generate a sevenfold variation in risk for lupus and 16-fold variation in risk for Sjögren’s syndrome among people with common C4 genotypes. Paradoxically, the same C4 alleles that previously were shown to increase risk for schizophrenia had a different impact for lupus and Sjögren’s syndrome — they greatly reduced risk in those diseases. In all three illnesses, the C4 alleles acted more strongly in men than in women.

For the complement proteins that are encoded by the genes for C4 and for complement component 3, or C3, both C4 protein and its effector C3 protein were present at greater levels in men than in women in cerebrospinal fluid and blood plasma among adults ages 20-50. Intriguingly, that is the age range when the three diseases differentially affect men and women for unknown reasons. Lupus and Sjögren’s syndrome affect women of childbearing age nine times more than they do men of similar age. In contrast, in schizophrenia, women exhibit less severe symptoms, more frequent remission of symptoms, lower relapse rates and lower overall incidence than men, who are affected more frequently and more severely.

The researchers say sex differences in complement protein levels may help explain the larger effects of C4 alleles in men, the greater risk of women for lupus and Sjögren’s, and the greater vulnerability of men for schizophrenia.

The ages of pronounced sex differences in complement levels correspond to the ages when men and women differ in disease incidence. In schizophrenia cases, men outnumber women in early adulthood; but that disparity of onset lessens after age 40. In lupus, female cases greatly outnumber male cases during childbearing years; but that difference is much less for disease onset after age 50 or during childhood. In Sjögren’s syndrome, women are more vulnerable than are men before age 50.

The researchers say the differing effect of C4 alleles in schizophrenia versus lupus and Sjögren’s syndrome will be important to consider in any therapeutic effort to engage the complement system. They also said, “Why and how biology has come to create this sexual dimorphism in the complement system in humans presents interesting questions for immune and evolutionary biology.”