Summary: Genetic mutations in the capsid of JCPyV may allow virus to escape antibodies.

A genetic modification in the ‘coat’ of a brain infection-causing virus may allow it to escape antibodies, according to Penn State College of Medicine researchers. They say testing people for this and other viral mutations may help identify patients at risk for developing a fatal brain disease.

Genetic mutations in the capsid of JCPyV are common in PML patients and scientists have struggled to understand whether they allow the virus to infect brain cells or whether the resulting changes allow the virus to evade elimination by antiviral antibodies and then cause brain infection. Lukacher and Hafenstein studied the mouse equivalent of a common genetic mutation in JC polyomavirus to try and better understand how it may cause PML.

“Not much is known about how this particular genetic mutation in the JC polyomavirus capsid leads to PML,” Lukacher said. “It has been detected in the blood, cerebrospinal fluid and brain tissues of PML patients but not in their urine. This unmutated virus typically sits dormant in the kidneys of healthy people, which got us wondering how this particular mutation contributes to disease progression.”

The researchers introduced a genetic mutation in the MuPyV capsid similar to one found in JCPyV and conducted a series of experiments to compare outcomes between MuPyV and the altered virus. The virus mutates by swapping out one amino acid, the chemical ingredients used to build the capsid, for another. They found the virus was still able to cause central nervous system infection and hydrocephalus, or brain swelling.

To study how the mutation allows the virus to evade antibodies, the research team, including doctoral student Matthew Lauver and medical scientist training program student Daniel Goetschius, used cryogenic electron microscopy to determine the 3D, atomic resolution structure of the virus particles bound to monoclonal antibodies. The results of their analyses were published in the journal eLife.

“We studied how other mutations affected MuPyV and found many of them result in impaired kidney and retained brain viral infection,” said Lukacher, a Penn State Cancer Institute researcher. “However, only a few of these result in the ability of the virus to evade the immune response.”

According to Lukacher, more research is needed to determine which JCPyV mutations cause the virus to evade antibodies. He said the goal would be to develop screenings for patients with multiple sclerosis receiving immune-modulating therapies, as well as those immune-compromised by cancers and AIDS, to see who might be at increased risk for developing PML.

About this neurology and genetics research news

In Pandemic, People Are Turning to Nature, Especially Women

JCPyV polyomavirus, a member of the human virome, causes progressive multifocal leukoencephalopathy (PML), an oft-fatal demyelinating brain disease in individuals receiving immunomodulatory therapies. Mutations in the major viral capsid protein, VP1, are common in JCPyV from PML patients (JCPyV-PML) but whether they confer neurovirulence or escape from virus-neutralizing antibody (nAb) in vivo is unknown. A mouse polyomavirus (MuPyV) with a sequence-equivalent JCPyV-PML VP1 mutation replicated poorly in the kidney, a major reservoir for JCPyV persistence, but retained the CNS infectivity, cell tropism, and neuropathology of the parental virus. This mutation rendered MuPyV resistant to a monoclonal Ab (mAb), whose specificity overlapped the endogenous anti-VP1 response. Using cryo-EM and a custom sub-particle refinement approach, we resolved an MuPyV:Fab complex map to 3.2 Å resolution. The structure revealed the mechanism of mAb evasion. Our findings demonstrate convergence between nAb evasion and CNS neurovirulence in vivo by a frequent JCPyV-PML VP1 mutation.

Some Alzheimer’s Plaques May Be Protective, Not Destructive 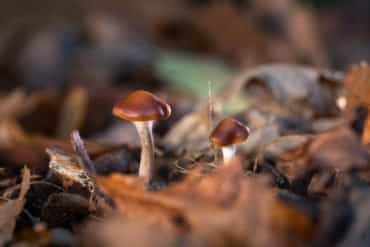 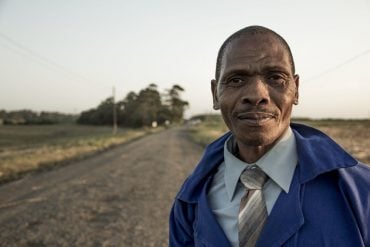 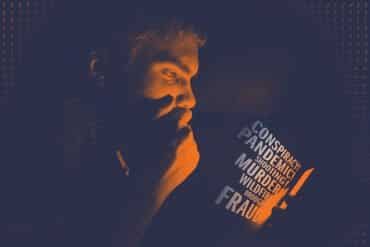