Summary: Contrary to popular belief, using social media sites like Facebook can actually help improve mental health in adults. Researchers found adults who use Facebook regularly are 63% less likely to experience psychological distress, such as depression and anxiety, over time.

Contrary to popular belief, using social media and the internet regularly could improve mental health among adults and help fend off serious psychological distress, such as depression and anxiety, finds a new Michigan State University study.

Communication technologies and social media platforms make it easier to maintain relationships and access health information, which could explain it, says Keith Hampton, professor of media and information at Michigan State University.

So why the bad rap?

Because until now, adults haven’t been the focus of much research on the subject, Hampton said. Instead, most studies on social media have focused on youth and college students, and the effects could be explained by life stages, rather than technology use.

“Taking a snapshot of the anxiety felt by young people today and concluding that a whole generation is at risk because of social media ignores more noteworthy social changes, such as the lingering effects of the Great Recession, the rise in single-child families, older and more protective parents, more kids going to college and rising student debt,” he said.

So, Hampton set out to study more mature populations, analyzing data from more than 13,000 relationships from adult participants in the Panel Study of Income Dynamics – the world’s longest-running household survey. He used 2015 and 2016 data, which included a series of questions about the use of communication technologies and psychological distress.

The study, published in the Journal of Computer Mediated-Communication, challenges the notion that social media, mobile technologies and the internet contribute to a mental health crisis in the United States.

Original Research: The study will appear in Journal of Computer Mediated-Communication.

‘I Don’t Even Remember What I Read’: People Enter a ‘Dissociative State’ When Using Social Media 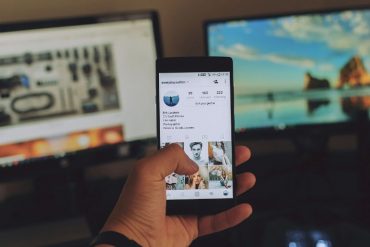 ‘I Don’t Even Remember What I Read’: People Enter a ‘Dissociative State’ When Using Social Media