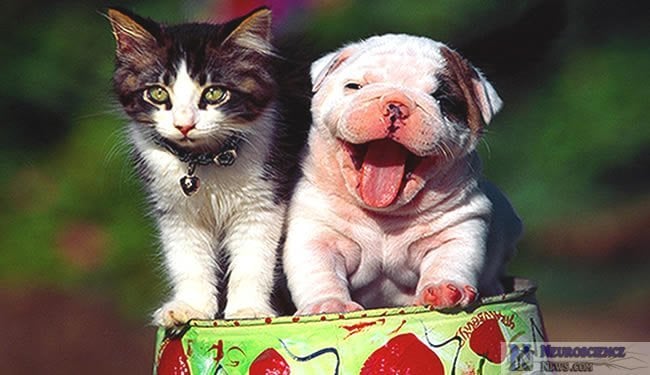 The title of this article may not catch on as a song lyric, but new neurobiology research shows close friends can cause more of a response in brain regions such as the medial prefrontal cortex than strangers can.

The research subjects’ brain regions responded more to questions regarding their close friends than they did to strangers with similar interests. The experiments attempt to show that social closeness is used more than similarity of beliefs when evaluating others in some tasks relying on the medial prefrontal cortex region of the brain.

The research is explained more thoroughly below.

People’s brains are more responsive to friends than to strangers, even if the stranger has more in common, according to a study in the Oct. 13 issue of the Journal of Neuroscience. Researchers examined a brain region known to be involved in processing social information, and the results suggest that social alliances outweigh shared interests.

In a study led by graduate student Fenna Krienen and senior author Randy Buckner, PhD, of Harvard University, researchers investigated how the medial prefrontal cortex and associated brain regions signal someone’s value in a social situation. Previous work has shown that perceptions of others’ beliefs guide social interactions. Krienen and her colleagues wondered whether these brain regions respond more to those we know, or to those with whom we share similar interests.

“There are psychological and evolutionary arguments for the idea that the social factors of ‘similarity’ and ‘closeness’ could get privileged treatment in the brain; for example, to identify insiders versus outsiders or kin versus non-kin,” Krienen said. “However, these results suggest that social closeness is the primary factor, rather than social similarity, as previously assumed.”

The researchers first imaged the brain activity of 32 participants as they judged how well lists of adjectives described their personalities. This helped to identify brain regions that respond to personally relevant information. In separate experiments, 66 different participants provided personality information about themselves and two friends — one friend whom they believed had similar preferences and one believed to be dissimilar.

The authors made up biographies of similar and dissimilar strangers for each volunteer based on their personality profiles. Then, while in a scanner, they played a game similar to the TV show “The Newlywed Game,” in which participants predicted how another person would answer a question. For example, would a friend or stranger prefer an aisle or window seat on a flight?

The authors found activity in the medial prefrontal cortex increased when people answered questions about friends. Notably, whether the person had common interests made no difference in brain response.

“In all experiments, closeness but not similarity appeared to drive responses in medial prefrontal regions and associated regions throughout the brain,” Krienen said. “The results suggest social closeness is more important than shared beliefs when evaluating others.”

Read Montague, PhD, of Baylor College of Medicine, an expert on decision-making and computational neuroscience, said the study’s large number of participants and experimental approach makes it a solid contribution to the field. “The authors address an important component of social cognition; the relevance of people close to us,” Montague said.

The research was supported by the National Institute on Aging, the Howard Hughes Medical Institute, the Simons Foundation, the U.S. Department of Defense, and an Ashford Graduate Fellowship in the Sciences.