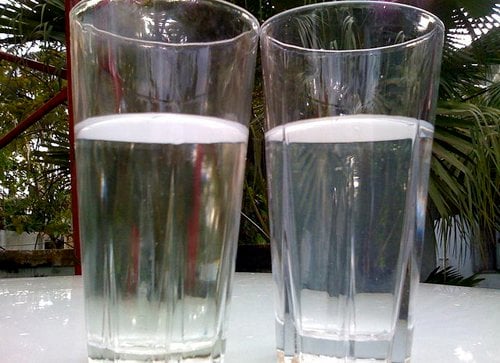 A team of researchers led by Maryse Bouchard, adjunct professor at the Center for Interdisciplinary Research in Biology, Health, Environment and Society (CINBIOSE) of the Université du Québec à Montréal and a researcher at Sainte-Justine University Hospital, and Donna Mergler, professor emerita in the Department of Biological Sciences and a member of CINBIOSE, recently completed a study showing that children exposed to high concentrations of manganese in drinking water performed worse on tests of intellectual functioning than children with lower exposures. Their results are published in the prestigious scientific journal Environmental Health Perspectives, in an article entitled “Intellectual Impairment in School-Age Children Exposed to Manganese from Drinking Water”.

The neurotoxic effects of manganese exposure in the workplace are well known. This metal is naturally occurring in soil and in certain conditions is present in groundwater. In several regions of Quebec and Canada and in other parts of the world, the groundwater contains naturally high levels of manganese. Does it pose a danger? What effect might it have on children’s health? This is the first study to focus on the potential risks of exposure to manganese in drinking water in North America.

The study, carried out by researchers at the Université du Québec à Montréal, the Université de Montréal and the École Polytechnique de Montréal, examined 362 Quebec children, between the ages of 6 and 13, living in homes supplied by with groundwater (individual or public wells). For each child, the researchers measured the concentration of manganese in tap water from their home, as well as iron, copper, lead, zinc, arsenic, magnesium and calcium. The amount of manganese from both tap water and food was estimated from a questionnaire. Finally, each child was assessed with a battery of tests assessing cognition, motor skills, and behaviour.

Lead author Maryse Bouchard explains, “We found significant deficits in the intelligence quotient (IQ) of children exposed to higher concentration of manganese in drinking water. Yet, manganese concentrations were well below current guidelines.” The average IQ of children whose tap water was in the upper 20% of manganese concentration was 6 points below children whose water contained little or no manganese. The analyses of the association between manganese in tap water and children’s IQ took into account various factors such as family income, maternal intelligence, maternal education, and the presence of other metals in the water. For co-author Donna Mergler, “This is a very marked effect; few environmental contaminants have shown such a strong correlation with intellectual ability.” The authors state that the amount of manganese present in food showed no relationship to the children’s IQ.

So what can be done about it? Some of the municipalities where the study was conducted have already installed a filtration system that removes manganese from the water. According to one of the other co-authors of the study, Benoit Barbeau, NSERC Industrial Chair in Drinking Water at the École Polytechnique de Montréal, “A viable alternative solution is home use of filtering pitchers that contain a mixture of resins and activated carbon. Such devices can reduce the concentration of manganese by 60% to100% depending on filter use and the characteristics of the water.”

In Quebec, where the study was conducted, manganese is not on the list of inorganic substances in the Ministry of Sustainable Development, Environment and Parks Regulation respecting the quality of drinking water. “Because of the common occurrence of this metal in drinking water and the observed effects at low concentrations, we believe that national and international guidelines for safe manganese in water should be revisited.” the authors conclude.