Summary: Targeting the gene WWP1 with indole-3-carbinol, a compound found in broccoli and other cruciferous vegetables, suppressed tumor growth in animal models of cancer.

Your mother was right; broccoli is good for you. Long associated with decreased risk of cancer, broccoli and other cruciferous vegetables – the family of plants that also includes cauliflower, cabbage, collard greens, Brussels sprouts and kale – contain a molecule that inactivates a gene known to play a role in a variety of common human cancers. In a new paper published today in Science, researchers, led by Pier Paolo Pandolfi, MD, PhD, Director of the Cancer Center and Cancer Research Institute at Beth Israel Deaconess Medical Center, demonstrate that targeting the gene, known as WWP1, with the ingredient found in broccoli suppressed tumor growth in cancer-prone lab animals.

“We found a new important player that drives a pathway critical to the development of cancer, an enzyme that can be inhibited with a natural compound found in broccoli and other cruciferous vegetables,” said Pandolfi. “This pathway emerges not only as a regulator for tumor growth control but also as an Achilles’ heel we can target with therapeutic options.”

A well-known and potent tumor suppressive gene, PTEN is one of the most frequently mutated, deleted, down-regulated or silenced tumor suppressor genes in human cancers. Certain inherited PTEN mutations can cause syndromes characterized by cancer susceptibility and developmental defects. But because complete loss of the gene triggers an irreversible and potent failsafe mechanism that halts the proliferation of cancer cells, both copies of the gene (humans have two copies of each gene; one from each parent) are rarely affected. Instead, tumor cells exhibit lower levels of PTEN, raising the question of whether restoring PTEN activity to normal levels in the cancer setting can unleash the gene’s tumor suppressive activity.

To find out, Pandolfi and colleagues identified the molecules and compounds regulating PTEN function and activation. Carrying out a series of experiments in cancer-prone mice and human cells, the team revealed that a gene called WWP1 – which is also known to play a role in the development of cancer – produces an enzyme that inhibits PTEN’s tumor suppressive activity. How to disable this PTEN kryptonite? By analyzing the enzyme’s physical shape, the research team’s chemists recognized that a small molecule – formally named indole-3-carbinol (I3C), an ingredient in broccoli and its relatives – could be the key to quelling the cancer causing effects of WWP1.

When Pandolfi and colleagues tested this idea by administering I3C to cancer-prone lab animals, the scientists found that the naturally occurring ingredient in broccoli inactivated WWP1, releasing the brakes on the PTEN’s tumor suppressive power. 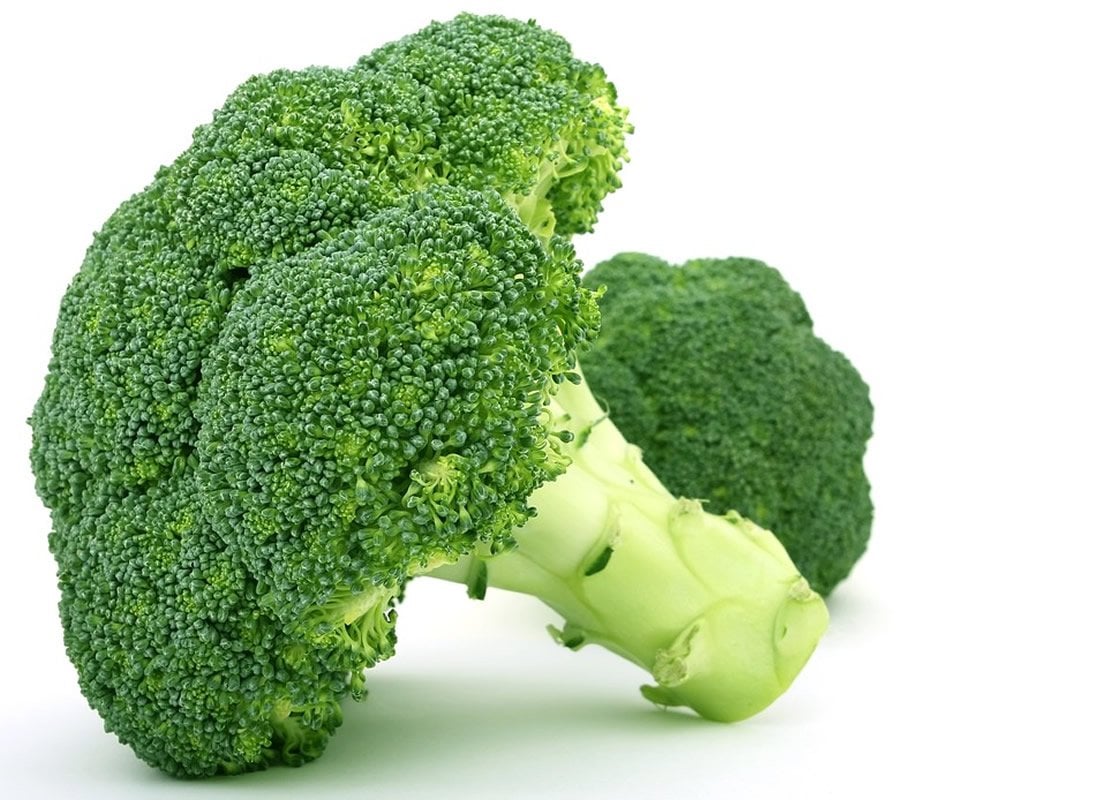 When Pandolfi and colleagues tested this idea by administering I3C to cancer prone lab animals, the scientists found that the naturally occurring ingredient in broccoli inactivated WWP1, releasing the brakes on the PTEN’s tumor suppressive power. The image is in the public domain.

But don’t head to the farmer’s market just yet; first author Yu-Ru Lee, PhD, a member of the Pandolfi lab, notes you’d have to eat nearly 6 pounds of Brussels sprouts a day – and uncooked ones at that – to reap their potential anti-cancer benefit. That’s why the Pandolfi team is seeking other ways to leverage this new knowledge. The team plans to further study the function of WWP1 with the ultimate goal of developing more potent WWP1 inhibitors.

“Either genetic or pharmacological inactivation of WWP1 with either CRISPR technology or I3C could restore PTEN function and further unleash its tumor suppressive activity,” said Pandolfi. “These findings pave the way toward a long-sought tumor suppressor reactivation approach to cancer treatment.”

Disclosures: Pandolfi, Wei and Suresh Jain are cofounders of Rekindle Pharmaceuticals. The company is developing novel therapies for cancer. All other authors declare no competing interests.

Activation of tumor suppressors for the treatment of human cancer has been a long sought, yet elusive, strategy. PTEN is a critical tumor suppressive phosphatase that is active in its dimer configuration at the plasma membrane. Polyubiquitination by the ubiquitin E3 ligase WWP1 (WW domain–containing ubiquitin E3 ligase 1) suppressed the dimerization, membrane recruitment, and function of PTEN. Either genetic ablation or pharmacological inhibition of WWP1 triggered PTEN reactivation and unleashed tumor suppressive activity. WWP1 appears to be a direct MYC (MYC proto-oncogene) target gene and was critical for MYC-driven tumorigenesis. We identified indole-3-carbinol, a compound found in cruciferous vegetables, as a natural and potent WWP1 inhibitor. Thus, our findings unravel a potential therapeutic strategy for cancer prevention and treatment through PTEN reactivation.