The importance of dietary carbohydrate in human evolution.

Understanding how and why we evolved such large brains is one of the most puzzling issues in the study of human evolution. It is widely accepted that brain size increase is partly linked to changes in diet over the last 3 million years, and increases in meat consumption and the development of cooking have received particular attention from the scientific community. In a new study published in The Quarterly Review of Biology, Dr. Karen Hardy and her team bring together archaeological, anthropological, genetic, physiological and anatomical data to argue that carbohydrate consumption, particularly in the form of starch, was critical for the accelerated expansion of the human brain over the last million years, and coevolved both with copy number variation of the salivary amylase genes and controlled fire use for cooking.

With global increase in obesity and diet-related metabolic diseases, interest has intensified in ancestral or ‘Palaeolithic’ diets, not least because – to a first order of approximation – human physiology should be optimized for the nutritional profiles we have experienced during our evolution. Up until now, there has been a heavy focus on the role of animal protein and cooking in the development of the human brain over the last 2 million years, and the importance of carbohydrate, particular in form of starch-rich plant foods, has been largely overlooked.

Hardy’s team highlights the following observations to build a case for dietary carbohydrate being essential for the evolution of modern big-brained humans:

(1) The human brain uses up to 25% of the body’s energy budget and up to 60% of blood glucose. While synthesis of glucose from other sources is possible, it is not the most efficient way, and these high glucose demands are unlikely to have been met on a low carbohydrate diet;

(2) Human pregnancy and lactation place additional demands on the body’s glucose budget and low maternal blood glucose levels compromise the health of both the mother and her offspring;

(3) Starches would have been readily available to ancestral human populations in the form of tubers, as well as in seeds and some fruits and nuts;

(4) While raw starches are often only poorly digested in humans, when cooked they lose their crystalline structure and become far more easily digested; 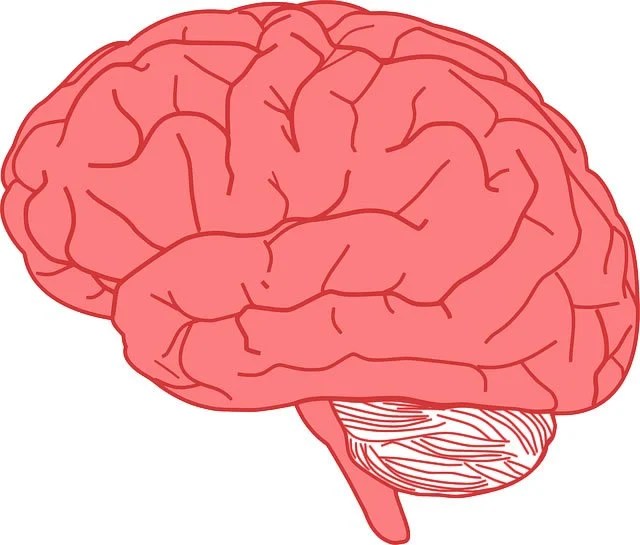 The human brain uses up to 25% of the body’s energy budget and up to 60% of blood glucose. Image is for illustrative purposes only.

Hardy proposes that after cooking became widespread, the co-evolution of cooking and higher copy number of the salivary amylase (and possibly pancreatic amylase) genes increased the availability of pre-formed dietary glucose to the brain and fetus, which in turn, permitted the acceleration in brain size increase which occurred from around 800,000 years ago onwards.

Eating meat may have kick-started the evolution of bigger brains, but cooked starchy foods together with more salivary amylase genes made us smarter still.

About this evolutionary neuroscience and diet research

The Importance of Dietary Carbohydrate in Human Evolution

We propose that plant foods containing high quantities of starch were essential for the evolution of the human phenotype during the Pleistocene. Although previous studies have highlighted a stone tool-mediated shift from primarily plant-based to primarily meat-based diets as critical in the development of the brain and other human traits, we argue that digestible carbohydrates were also necessary to accommodate the increased metabolic demands of a growing brain. Furthermore, we acknowledge the adaptive role cooking played in improving the digestibility and palatability of key carbohydrates. We provide evidence that cooked starch, a source of preformed glucose, greatly increased energy availability to human tissues with high glucose demands, such as the brain, red blood cells, and the developing fetus. We also highlight the auxiliary role copy number variation in the salivary amylase genes may have played in increasing the importance of starch in human evolution following the origins of cooking. Salivary amylases are largely ineffective on raw crystalline starch, but cooking substantially increases both their energy-yielding potential and glycemia. Although uncertainties remain regarding the antiquity of cooking and the origins of salivary amylase gene copy number variation, the hypothesis we present makes a testable prediction that these events are correlated.