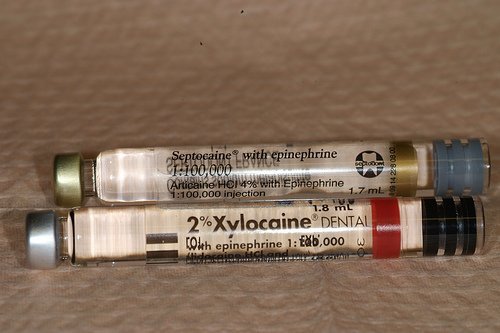 Despite the fact that an estimated 25 million patients per year in the U.S. undergo surgeries using general anesthesia, scientists have only been able to hypothesize exactly how anesthetics interact with the central nervous system. They previously thought that the processes of “going under” and waking up from anesthesia affected the brain in the same way. Now, researchers at the University of Pennsylvania School of Medicine have established in animal models that the brain comes in and out of a state of induced unconsciousness through different processes. The findings, published in PLoS One, may help researchers better understand serious sleep disorders and states of impaired consciousness such as comas.

“One major unanswered question in neuroscience is how the brain transitions between conscious and unconscious states,” said senior author Max B. Kelz, MD, PhD, assistant professor of Anesthesiology and Critical Care. “Our results suggest that the brain keeps track of whether it is conscious or offline in an unconscious state. We are working to understand the mechanisms through which the brain accomplishes this feat. Studying general anesthetics in animal models offers a controllable means to investigate this newly recognized behavioral barrier that separates conscious from unconscious states.”

Induction of anesthesia is commonly attributed to drug-induced modifications of neuronal function, whereas emergence from anesthesia has been thought to occur passively, with the elimination of the anesthetic from sites in the central nervous system (CNS). If this were true, then CNS anesthetic concentrations on induction and emergence would be indistinguishable.

However, by generating anesthetic dose response data in both fruit flies and mice, the researchers demonstrated that the forward and reverse paths through which anesthetic-induced unconsciousness arises and dissipates are not identical. Instead the animal subjects exhibited a delay in return to a state of consciousness despite the reduced concentration of the anesthetic.

The researchers observed that once a group of animal subjects underwent a transition from wakefulness to anesthetic-induced unconsciousness, the subjects exhibited resistance to the return of the wakeful state. Based on their findings, the authors propose a fundamental and biologically conserved state, which they call neural inertia, a tendency of the CNS to resist transitions between consciousness and unconsciousness.

“The findings from this study may provide insights into the regulation of sleep as well as states in which return of consciousness is pathologically impaired such as some types of coma,” said Kelz. “This line of research may one day help us to develop novel anesthetic drugs and targeted therapies for patients who have different forms of sleep disorders or who have the potential to awaken from coma but remain stuck in comatose states for months or years.”

This work was funded in part by an American Recovery and Reinvestment Act grant. Additional funding was provided by the National Institute for General Medical Sciences, the Foundation for Anesthesia Education and Research, University of Pennsylvania’s Institute for Translational Medicine and Therapeutics, the Harold Amos Medical Faculty Development Program from the R.W. Johnson Foundation, the Parker B. Francis Fellowship program, and the University of Pennsylvania Department of Anesthesiology and Critical Care.

Penn Medicine is one of the world’s leading academic medical centers, dedicated to the related missions of medical education, biomedical research, and excellence in patient care. Penn Medicine consists of the University of Pennsylvania School of Medicine (founded in 1765 as the nation’s first medical school) and the University of Pennsylvania Health System, which together form a $3.6 billion enterprise.

Penn’s School of Medicine is currently ranked #3 in U.S. News & World Report’s survey of research-oriented medical schools, and is consistently among the nation’s top recipients of funding from the National Institutes of Health, with $367.2 million awarded in the 2008 fiscal year.

Additional patient care facilities and services include Penn Medicine at Rittenhouse, a Philadelphia campus offering inpatient rehabilitation and outpatient care in many specialties; as well as a primary care provider network; a faculty practice plan; home care and hospice services; and several multispecialty outpatient facilities across the Philadelphia region.

Penn Medicine is committed to improving lives and health through a variety of community-based programs and activities. In fiscal year 2008, Penn Medicine provided $282 million to benefit our community.