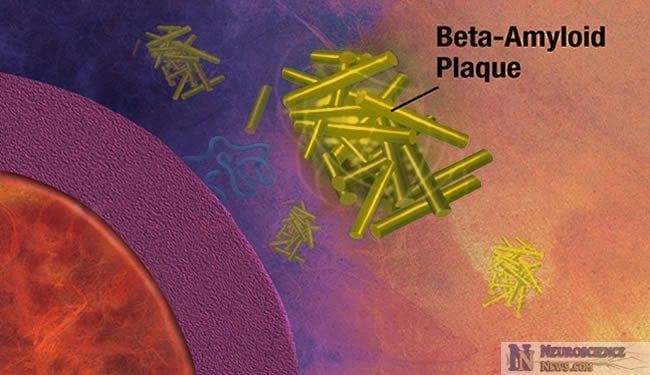 Researchers found that the abnormalities associated with ApoE4 and AD, such as the creation of phospho-tau and amyloid-beta, could be prevented by increasing SirT1.
Home
Featured

The removal of beta-amyloid is not efficient in late-onset Alzheimer’s disease sufferers. These new findings could help produce better early diagnostic tests and therapies for Alzheimer’s disease and related research. More details are given in the article below.

In Alzheimer’s disease, a protein fragment called beta-amyloid accumulates at abnormally high levels in the brain. Now researchers funded by the National Institutes of Health have found that in the most common, late-onset form of Alzheimer’s disease, beta-amyloid is produced in the brain at a normal rate but is not cleared, or removed from the brain, efficiently. In addition to improving the understanding of what pathways are most important in development of Alzheimer’s pathology, these findings may one day lead to improved biomarker measures for early diagnosis as well as a new approach to treating this devastating disorder.

Many believe that accumulation of abnormal levels of beta-amyloid in the brain initiates a cascade of events leading to the death of brain cells and ultimately to dementia. In the rare, early-onset forms of Alzheimer’s that are linked to genetic mutations there is a marked increase in beta-amyloid production. In the more common, late-onset form of Alzheimer’s, the mechanisms leading to increased beta-amyloid levels are not well understood.

The study, published in Science, was led by senior author Randall Bateman, M.D., an assistant professor of neurology at Washington University in St. Louis. Dr. Bateman and his colleagues previously reported an innovative procedure to measure beta-amyloid levels over time in cerebrospinal fluid (CSF) – the fluid that bathes the brain. In the new study, the researchers used that procedure to measure beta-amyloid production and clearance rates in study volunteers with Alzheimer’s disease and in age-matched volunteers free of the disease.

“These findings may help point us toward better diagnostic tests and effective therapies. The next question is what is causing the decreased clearance rate,” said Dr. Bateman.

Prior studies in animals suggest several possible explanations for the slower clearance of beta-amyloid in late-onset Alzheimer’s. One possibility is that as beta-amyloid accumulates, it acts as a sink for more of the protein, trapping it within the brain. The researchers believe that sorting out these mechanisms is likely to help speed the development of new drugs for the disease.

“Abnormal protein deposits within the brain are a hallmark not only of Alzheimer’s disease, but of many neurological disorders. With knowledge about how these proteins accumulate, we may be able to slow that process and reduce the damage to the brain,” said Roderick Corriveau, Ph.D., a program director at NIH’s National Institute of Neurological Disorders and Stroke (NINDS).

Dr. Bateman and his colleagues measured beta-amyloid levels in the CSF of 12 patients with late-onset Alzheimer’s and 12 cognitively normal individuals. The participants’ average age was 74. Their CSF was sampled every hour for 36 hours, via a one-time lumbar puncture. Throughout the procedure, they were encouraged to stay in bed.

During the first nine hours, the participants received an IV drip containing leucine, a protein building block, which had been labeled with a non-radioactive isotope. By measuring the amount of labeled beta-amyloid by mass spectroscopy over time, the researchers were able to calculate how fast it was produced in the participants’ brains and how fast it was cleared. The clearance of beta-amyloid was about 30 percent slower in individuals with Alzheimer’s disease than in cognitively normal individuals. This is consistent with previous findings that beta-amyloid is decreased in the CSF of people with Alzheimer’s and in those with mild cognitive impairment at high risk of developing the disease.

Dr. Bateman’s procedure has enabled researchers to investigate the effects of new drugs aimed at tamping down beta-amyloid levels. The procedure also could be a starting point toward a shorter, simpler test – perhaps a blood test – that measures beta-amyloid clearance rates to detect Alzheimer’s prior to the first symptoms.

“This study is significant in that it reports the first measurement of beta-amyloid production and clearance in Alzheimer’s,” said Marcelle Morrison-Bogorad, Ph.D., director of the Division of Neuroscience at the National Institute on Aging (NIA). “For years scientists believed that it was the overproduction of beta-amyloid that led to its accumulation in the brain. These new findings shift the emphasis to clearance of beta-amyloid. This may lead to development of a diagnostic test as well as identification of new therapeutic targets.”

The study was supported in part by NINDS, NIA, the National Center for Research Resources (NCRR), and the National Institute of Diabetes and Digestive and Kidney Diseases (NIDDK), all components of NIH. Dr. Bateman is an investigator at the Charles F. and Joanne Knight Alzheimer’s Disease Research Center (ADRC) and the Hope Center for Neurological Disorders at Washington University.

NINDS (www.ninds.nih.gov) is the nation’s leading funder of research on the brain and nervous system. The NINDS mission is to reduce the burden of neurological disease – a burden borne by every age group, by every segment of society, by people all over the world.

NIA (www.nia.nih.gov) leads the federal government effort conducting and supporting research on aging and the health and well-being of older people. NIA provides information on age-related cognitive change and neurodegenerative disease specifically at its Alzheimer’s Disease Education and Referral (ADEAR) Center at www.nia.nih.gov/Alzheimers.

NCRR (www.ncrr.nih.gov) provides laboratory scientists and clinical researchers with the resources and training they need to understand, detect, treat and prevent a wide range of diseases.

NIDDK (www.niddk.nih.gov) conducts and supports basic and clinical research on: diabetes and other endocrine and metabolic diseases; digestive diseases, nutrition, and obesity; and kidney, urologic and hematologic diseases.

The National Institutes of Health (NIH) — The Nation’s Medical Research Agency — includes 27 Institutes and Centers and is a component of the U.S. Department of Health and Human Services. It is the primary federal agency for conducting and supporting basic, clinical and translational medical research, and it investigates the causes, treatments, and cures for both common and rare diseases. For more information about NIH and its programs, visit www.nih.gov.