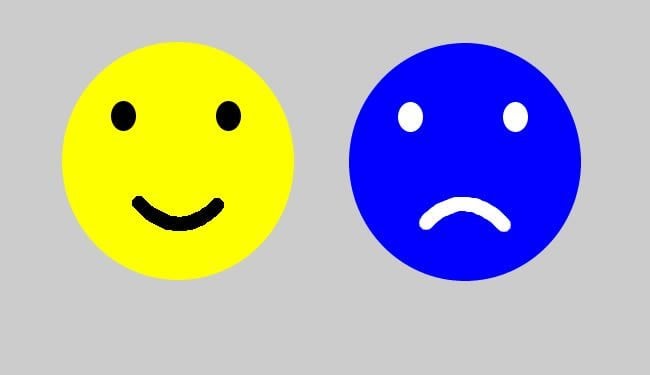 Caltech: Gain and loss in optimistic versus pessimistic brains

Our belief as to whether we will likely succeed or fail at a given task and the consequences of winning or losing directly affects the levels of neural effort put forth in movement-planning circuits in the human cortex, according to a new brain-imaging study by neuroscientists at the California Institute of Technology (Caltech).

A paper about the research led by Richard A. Andersen, the James G. Boswell Professor of Neuroscience at Caltech appears in the August issue of PLoS Biology.

Research in Andersen’s laboratory includes work to understand the neural mechanisms of action planning and decision-making. The lab is working toward the development of implanted neural prosthetic devices that would serve as an interface between severely paralyzed individuals’ brain signals and artificial limbs allowing their planned actions to control the limbs’ movements.

In particular, Andersen’s group focuses on a high-level area of the brain called the posterior parietal cortex (PPC), where sensory stimuli are transformed into movement plans.

In the current study, Andersen and his colleagues used a functional magnetic resonance imaging scanner to monitor activity in the PPC and other brain areas in subjects who were asked to perform a complex task. Using a trackball, they had to move a cursor to a number of memorized locations on a computer screen, in a predetermined order.

“The subjects were given 1 second to memorize the sequence, 15 seconds to plan their movements in advance, and then only 10 seconds to finish the task,” says Igor Kagan, a senior research fellow in biology in the Andersen lab, and a coauthor of the PLoS Biology paper. “We intentionally made the task hard.  I couldn’t do it myself,” he says.

The subjects received monetary compensation for participating in the experiment, with their earnings tied to their performance. The amount of money that would be gained (or lost) varied from trial to trial. In one trial, for example, success might net the participant $5, while failure would cause him to lose $1. In another trial, completing the task correctly would earn $1, while failure would cost $5. Alternatively, success and failure might produce an equivalent gain or loss (say, +$5 versus -$5). The subjects were told the stakes in advance of each trial.

Furthermore, the researchers found that the pattern of brain activity in the PPC was linked to how well the subjects believed they had done on the tasks that is, their subjective perception of their performance, rather than their actual performance as well as by the monetary gain or loss they expected from success or failure.

How hard an individual subject’s brain “worked” at the task was dependent upon their personal approach. For example, Andersen says, “subjects who are ‘optimists’ and believe they are doing well will put out the most effort and exhibit an increase in activity in their PPC when they expect to earn a larger reward for being successful.” Conversely, those individuals who believe they are doing poorly the pessimists show the most brain activity when there is a higher price for failure.

“This study demonstrates that the process of planning and action is influenced by our subjective, but often incorrect, idea of how well we are doing, as well as by the potential gain or loss,” Andersen says. The results suggest that the cortical areas involved in planning actions are also likely to be involved in decision-making, and take into account higher-order cognitive as well as subjective factors when deciding among potential actions.

The paper, “Motor Preparatory Activity in Posterior Parietal Cortex is Modulated by Subjective Absolute Value,” was also coauthored by former Caltech graduate student Asha Iyer, the first author of the study, now a resident at Mount Sinai Medical School, and former Caltech postdoctoral fellow Axel Lindner, now a group leader at the University of T bingen. The research was funded by the Gordon and Betty Moore Foundation, the James G. Boswell Foundation, and the National Eye Institute.