A lack of self control during adolescence is not uniquely human

Summary: Risk-taking and a lack of self-control in adolescence is a phase of personal development that is essential for shaping the adult brain in humans and other animals.

Impulsiveness in adolescence isn’t just a phase, it’s biology. And despite all the social factors that define our teen years, the human brain and the brains of other primates go through very similar changes, particularly in the areas that affect self-control. Two researchers review the adolescent brain across species on August 20 in the journal Trends in Neurosciences.

“As is widely known, adolescence is a time of heightened impulsivity and sensation-seeking, leading to questionable choices. However, this behavioral tendency is based on an adaptive neurobiological process that is crucial for molding the brain based on gaining new experiences,” says Beatriz Luna of the University of Pittsburgh, who co-authored the review with Christos Constantinidis of Wake Forest School of Medicine.

Structural, functional, and neurophysiological comparisons between us and macaque monkeys show that this difficulty in stopping reactive responses is similar in our primate counterparts–who during puberty, also show limitations in tests where they have to stop a reactive response. “The monkey is really the most powerful animal model that comes closest to the human condition,” says Constantinidis. “They have a developed prefrontal cortex and follow a similar trajectory with the same patterns of maturation between adolescence and adulthood.”

Taking risks and having thrilling adventures during this period isn’t necessarily a bad thing. “You don’t have this perfect inhibitory control system in adolescence, but that’s happening for a reason. It has survived evolution because it’s actually allowing for new experiences to provide information about the environment that is critical form optimal specialization of the brain to occur,” Luna says. “Understanding the neural mechanisms that underlie this transitional period in our primate counterparts is critical to informing us about this period of brain and cognitive maturation.”

Human neurological development during this time is characterized by changes in structural anatomy–there is an active pruning of redundant and un-used neural connections and a strengthening of white matter tracts throughout the brain that will determine the template for how the adult brain will operate. Specifically, by adolescence all foundational aspects of brain organization are in place and during this time they undergo refinements that will enable the most optimal way to operate to deal with the demands of their specific environment.

In particular, the development of neural activity patterns that allow for the preparation of a response seems to be a key element of this phase of development–and essential to successful performance on self-control tasks. 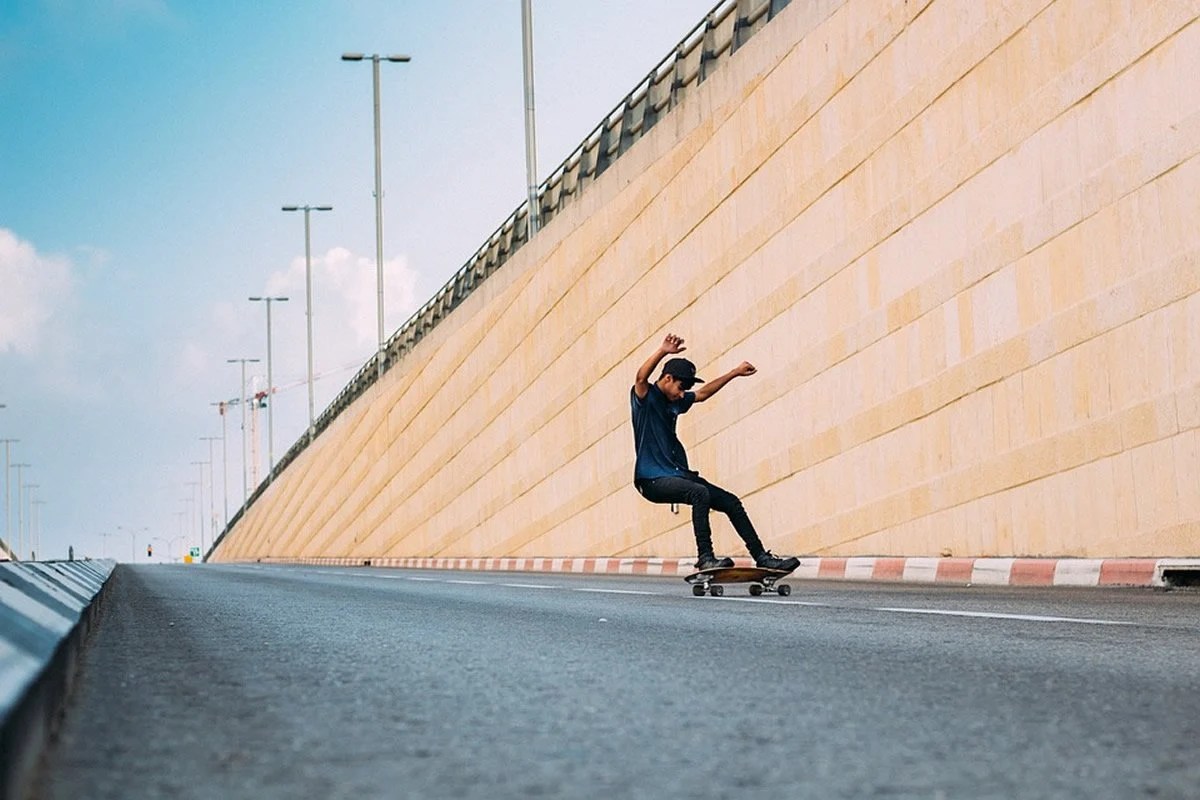 Taking risks and having thrilling adventures during this period isn’t necessarily a bad thing. The image is in the public domain.

This all suggests that self-control isn’t just about the ability, in the moment, to inhibit a behavior. “Executive function involves not only reflexive responses but actually being prepared ahead of time to create an appropriate plan. This is the change between the adolescent and adult brain and it is strikingly clear both in the human data and in the animal data,” says Constantinidis.

Ultimately, the authors believe that this phase of development is essential to shaping the adult brain. “It is important for there to be a period where the animal or the human is actively encouraged to explore because gaining these new experiences will help mold what the adult trajectories are going to be,” says Luna. “It’s important to have this conversation and comparison between human and animal models so that we can understand the neural mechanisms that underlie vulnerability during this time for impaired development such as in mental illness, which often emerges in adolescence, but importantly to inform us in how to find ways to correct those trajectories.”

The neural circuits necessary for inhibitory control are mostly present in adolescence. Lower overall performance than in adults, however, and higher variability, as exemplified in the antisaccade task, suggests that adolescents are unable to engage these circuits in a controlled and sustained manner.
Maturation of inhibitory control relies on changes at the neuron-circuit level as well as between-area connectivity, particularly in the prefrontal and anterior cingulate cortex, and their downstream targets.
Transition from adolescence to adulthood in the antisaccade task is characterized by changes in activation of the dorsolateral prefrontal cortex (dlPFC) and dorsal anterior cingulate cortex (dACC), as well as enhancement of neural activity representing the correct target of the eye movement.
Neural activity during the preparation phase in the antisaccade task, before the onset of the stimulus that needs to be avoided, is also a critical predictor of inhibitory control and underlies developmental improvements.