Low Levels of Alcohol May Be Good For the Brain

Summary: According to researchers, a small alcoholic drink each day may be beneficial for brain health. Using mice, researchers found low levels of alcohol consumption is associated with less brain inflammation and a more effective glymphatic system. This allows CSF to flow more efficiently through the brain and remove waste that can lead to neurodegenerative diseases.

While a couple of glasses of wine can help clear the mind after a busy day, new research shows that it may actually help clean the mind as well. The new study, which appears in the journal Scientific Reports, shows that low levels of alcohol consumption tamp down inflammation and helps the brain clear away toxins, including those associated with Alzheimer’s disease.

“Prolonged intake of excessive amounts of ethanol is known to have adverse effects on the central nervous system,” said Maiken Nedergaard, M.D., D.M.Sc., co-director of the Center for Translational Neuromedicine at the University of Rochester Medical Center (URMC) and lead author of the study. “However, in this study we have shown for the first time that low doses of alcohol are potentially beneficial to brain health, namely it improves the brain’s ability to remove waste.”

The finding adds to a growing body of research that point to the health benefits of low doses of alcohol. While excessive consumption of alcohol is a well-documented health hazard, many studies have linked lower levels of drinking with a reduced risk of cardiovascular diseases as well as a number of cancers.

Nedergaard’s research focuses on the glymphatic system, the brain’s unique cleaning process that was first described by Nedergaard and her colleagues in 2012. They showed how cerebral spinal fluid (CSF) is pumped into brain tissue and flushes away waste, including the proteins beta amyloid and tau that are associated with Alzheimer’s disease and other forms of dementia. Subsequent research has shown that the glymphatic system is more active while we sleep, can be damaged by stroke and trauma, and improves with exercise.

The new study, which was conducted in mice, looked at the impact of both acute and chronic alcohol exposure. When they studied the brains of animals exposed to high levels of alcohol over a long period of time, the researchers observed high levels of a molecular marker for inflammation, particularly in cells called astrocytes which are key regulators of the glymphatic system. They also noted impairment of the animal’s cognitive abilities and motor skills. 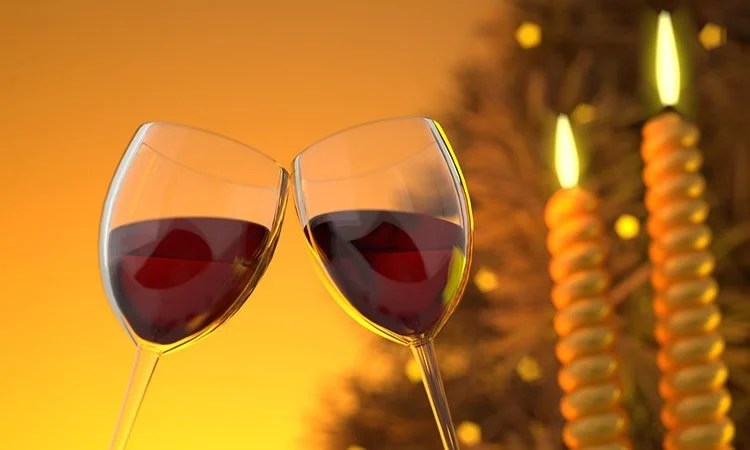 The finding adds to a growing body of research that point to the health benefits of low doses of alcohol. NeuroscienceNews.com image is in the public domain.

Animals that were exposed to low levels of alcohol consumption, analogous to approximately 2 ½ drinks per day, actually showed less inflammation in the brain and their glymphatic system was more efficient in moving CSF through the brain and removing waste, compared to control mice who were not exposed to alcohol. The low dose animals’ performance in the cognitive and motor tests was identical to the controls.

“The data on the effects of alcohol on the glymphatic system seemingly matches the J-shaped model relating to the dose effects of alcohol on general health and mortality, whereby low doses of alcohol are beneficial, while excessive consumption is detrimental to overall health” said Nedergaard. “Studies have shown that low-to-moderate alcohol intake is associated with a lesser risk of dementia, while heavy drinking for many years confers an increased risk of cognitive decline. This study may help explain why this occurs. Specifically, low doses of alcohol appear to improve overall brain health.”

Prolonged intake of excessive amounts of ethanol is known to have adverse effects on the central nervous system (CNS). Here we investigated the effects of acute and chronic ethanol exposure and withdrawal from chronic ethanol exposure on glymphatic function, which is a brain-wide metabolite clearance system connected to the peripheral lymphatic system. Acute and chronic exposure to 1.5 g/kg (binge level) ethanol dramatically suppressed glymphatic function in awake mice. Chronic exposure to 1.5 g/kg ethanol increased GFAP expression and induced mislocation of the astrocyte-specific water channel aquaporin 4 (AQP4), but decreased the levels of several cytokines. Surprisingly, glymphatic function increased in mice treated with 0.5 g/kg (low dose) ethanol following acute exposure, as well as after one month of chronic exposure. Low doses of chronic ethanol intake were associated with a significant decrease in GFAP expression, with little change in the cytokine profile compared with the saline group. These observations suggest that ethanol has a J-shaped effect on the glymphatic system whereby low doses of ethanol increase glymphatic function. Conversely, chronic 1.5 g/kg ethanol intake induced reactive gliosis and perturbed glymphatic function, which possibly may contribute to the higher risk of dementia observed in heavy drinkers.