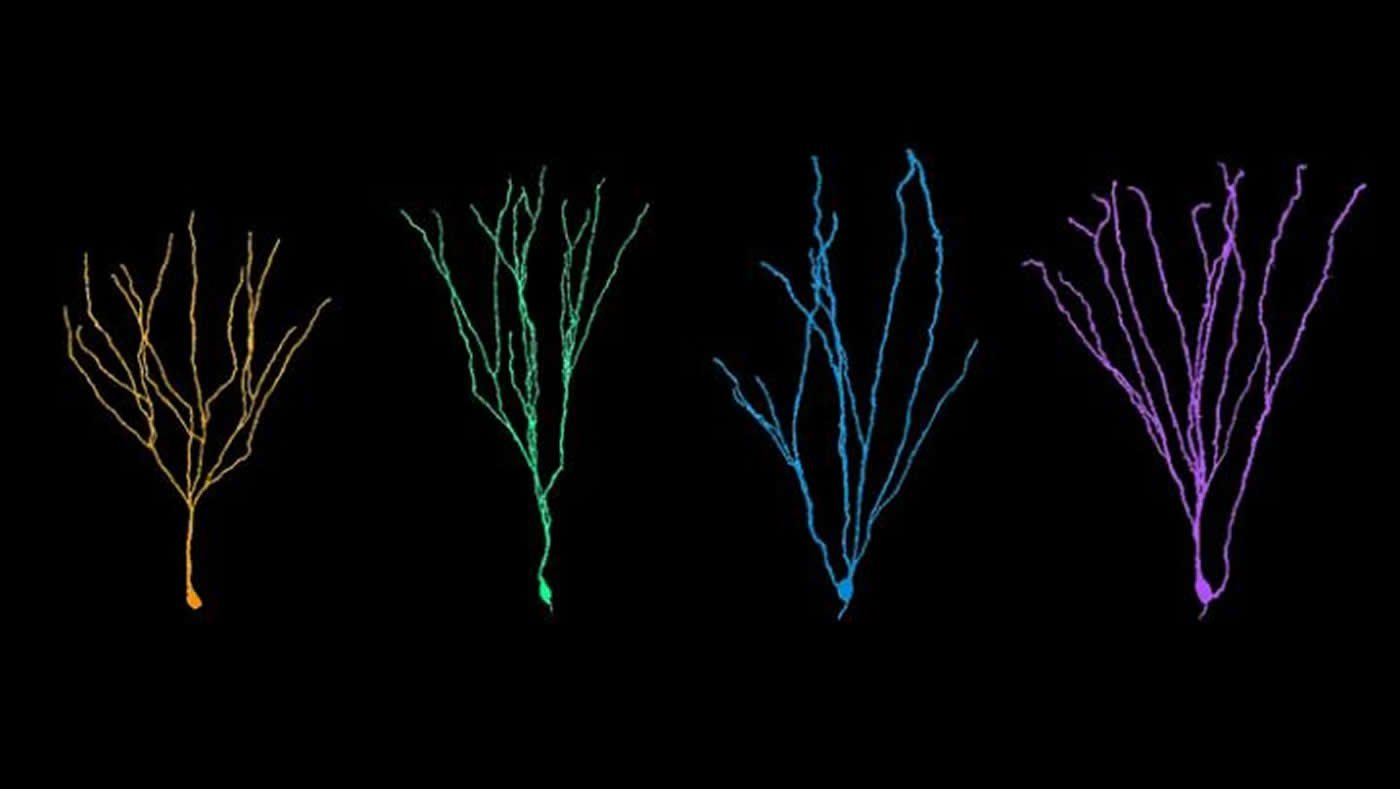 Adult-born neurons keep growing and contributing to brain flexibility long after neurogenesis declines, according to research in rats published in Journal of Neuroscience.

The dentate gyrus, a brain region involved in distinguishing memories, creates new neurons during adulthood — that much is clear. What remains unclear is how long adult neurogenesis takes place and how many neurons it creates. However, humans may not need neurogenesis to persist for the entirety of adulthood, because the brain gets the same memory benefits from neurons that are still growing up.

Cole, Espinueva et al. tracked neurogenesis by injecting rats’ dentate gyri with a retrovirus that incorporates itself into the DNA of dividing cells, making all the neurons born on injection day glow. Just like neurons born in infancy, adult-born neurons went through a standard six-week development period. But at the seven-week mark, growth markers like thicker dendrites reappeared, indicating an upcoming stage of growth.

And the neurons did keep growing. Twenty-four weeks after their birth, the adult-born neurons were much bigger than infancy-born neurons, with more dendrites and potential synapses and larger synaptic terminals. This beefed-up anatomy suggests a different, perhaps more powerful function than neurons born during infancy. Since adult-born neurons slowly mature over a long period of time, they keep contributing toward plasticity.

During immature stages, adult-born neurons pass through critical periods for survival and plasticity. It is generally assumed that by 2 months of age adult-born neurons are mature and equivalent to the broader neuronal population, raising questions of how they might contribute to hippocampal function in old age when neurogenesis has declined. However, few have examined adult-born neurons beyond the critical period, or directly compared them to neurons born in infancy. Here, we used a retrovirus to visualize functionally-relevant morphological features of 2- to 24-week-old adult-born neurons in male rats. From 2-7 weeks neurons grew and attained a relatively mature phenotype. However, several features of 7-week-old neurons suggested a later wave of growth: these neurons had larger nuclei, thicker dendrites and more dendritic filopodia than all other groups. Indeed, between 7-24 weeks, adult-born neurons gained additional dendritic branches, grew a 2nd primary dendrite, acquired more mushroom spines and had enlarged mossy fiber presynaptic terminals. Compared to neonatally-born neurons, old adult-born neurons had greater spine density, larger presynaptic terminals, and more putative efferent filopodial contacts onto inhibitory neurons. By integrating rates of cell birth and growth across the lifespan, we estimate that adult neurogenesis ultimately produces half of the cells and the majority of spines in the dentate gyrus. Critically, protracted development contributes to the plasticity of the hippocampus through to the end of life, even after cell production declines. Persistent differences from neonatally-born neurons may additionally endow adult-born neurons with unique functions even after they have matured.

Neurogenesis occurs in the hippocampus throughout adult life and contributes to memory and emotion. It is generally assumed that new neurons have the greatest impact on behavior when they are immature and plastic. However, since neurogenesis declines dramatically with age, it is unclear how they might contribute to behavior later in life when cell proliferation has slowed. Here we find that newborn neurons mature over many months in rats, and end up with distinct morphological features compared to neurons born in infancy. Using a mathematical model, we estimate that a large fraction of neurons is added in adulthood. Moreover, their extended growth produces a reserve of plasticity that persists even after neurogenesis has declined to low rates.