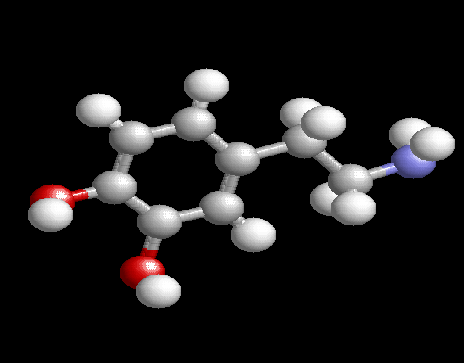 New research proposes that academic performance of adolescents is linked to specific dopamine gene variations. Researchers also suggest a correlation exists between the variants of dopaminergic genes a student possesses and performance in specific subject areas.

The academic performance of adolescents will suffer in at least one of four key subjects English, math, science, history if their DNA contains one or more of three specific dopamine gene variations, according to a study led by renowned biosocial criminologist Kevin M. Beaver of The Florida State University.

The research sheds new light on the genetic components of academic performance during middle and high school, and on the interplay of specific genes and environmental factors such as peer behavior or school conditions.

“We believe that dopaminergic genes affect GPA because they have previously been linked to factors associated with academic performance, including adolescent delinquency, working memory, intelligence and cognitive abilities, and ADHD, among others,” Beaver said. “So, the genetic effect would operate indirectly via these other correlates to GPA and school performance.”

Findings from the study are described in a paper for which Beaver served as lead author that was published online Aug. 30 in the journal Intelligence. He and his coauthors performed their groundbreaking analysis using DNA and lifestyle data from a representative group of 2,500 U.S. middle- and high-school students who were tracked from 1994 to 2008 in the National Longitudinal Study of Adolescent Health.

“We found that as the number of certain dopaminergic gene variants increased, grade point averages decreased, and the difference was statistically significant,” Beaver said. “For example, the GPA of a student with specific variants of three dopaminergic genes might be around 2.8, versus a GPA of around 3.3 without the variants. That could mean the difference between being accepted into a college versus being rejected.

“Unfortunately, we know that students with lower GPAs are generally more likely to participate in antisocial or criminal activities, and less likely to attend college and earn comparatively higher salaries as a result.”

The researchers also uncovered a correlation between the variants of dopamine genes that a student possessed and his or her GPA in different subject areas.

For instance, they found a marginally significant negative effect on English grades for students with a single dopamine variant in a gene known as DAT1, but no apparent effect on math, history or science. In contrast, a variant in the DRD2 gene was correlated with a markedly negative effect on grades in all four subjects. Students with a single, DRD4 variant had significantly lower grades in English and math, but only marginally lower grades in history and science.

“It is quite likely that a similar feedback loop exists with GPA, whereby the genetic liability for low GPA could be moderated by environmental conditions such as school structural characteristics, teacher performance, or behavior of other students,” he said.

“If that is true, then findings such as ours could help lead to more effective, innovative ways of enhancing school and individual performance.”

The paper (“Three dopaminergic polymorphisms are associated with academic achievement in middle and high school”) coauthored by Beaver and researchers at St. Louis University, Iowa State University, and the universities of North Carolina and Cincinnati can be accessed via the Science Direct website at www.sciencedirect.com/science/journal/01602896.

Beaver is an associate professor in the FSU College of Criminology and Criminal Justice and the coauthor of more than 100 published papers on the biosocial underpinnings of antisocial and criminal behavior. To date, his body of research includes work that links the use of steroids to “roid rage” and genetics to adolescent victimization, formation of delinquent peer groups, and gun violence among gang members all among the first such works in the field of biosocial criminology. He won the American Society of Criminology’s 2009 Ruth Shonle Cavan Young Scholar Award, in recognition of his outstanding scholarly contributions. Beaver is the coauthor/editor of “Biosocial Criminology: A Primer” (Kendall/Hunt, 2009) and six other books.

Learn more about The Florida State University’s distinguished College of Criminology and Criminal Justice at www.criminology.fsu.edu/.