How Our Biases Can Affect How We See Others

The stereotypes we hold can influence our brain’s visual system, prompting us to see others’ faces in ways that conform to these stereotypes, neuroscientists at New York University have found.

“Our findings provide evidence that the stereotypes we hold can systematically alter the brain’s visual representation of a face, distorting what we see to be more in line with our biased expectations,” explains Jonathan Freeman, an assistant professor in NYU’s Department of Psychology and the senior author of the paper, which appears in the journal Nature Neuroscience.

Prior research has shown that stereotypes seep into the ways we think about and interact with other people, shaping many aspects of our behavior—despite our better intentions. But the researchers’ findings show that stereotypes may also have a more insidious impact, shaping even our initial visual processing of a person in a way that conforms to our existing biases.

“Previous studies have shown that how we perceive a face may, in turn, influence our behavior,” notes Ryan Stolier, an NYU doctoral student and lead author of the research. “Our findings therefore shed light upon an important and perhaps unanticipated route through which unintended bias may influence interpersonal behavior.”

The research relies on an innovative mouse-tracking technique that uses an individual’s hand movements to reveal unconscious cognitive processes—and, specifically, the stereotypes they hold. Unlike surveys, in which individuals can consciously alter their responses, this technique requires subjects to make split-second decisions about others, thereby uncovering a less conscious preference through their hand-motion trajectory. Using this mouse-tracking software Freeman developed, the millimeters of movement of a test subject’s mouse cursor can be linked with brain-imaging data to discover otherwise hidden impacts on specific brain processes.

In the first of two studies, Freeman and Stolier monitored subjects’ brain activity—using functional magnetic resonance imaging (fMRI)—while these subjects viewed different faces: male and female as well as those of various races and depicting a range of emotions. Outside the brain scanner, the subjects were asked to quickly categorize the gender, race, and emotion of the faces using the mouse-tracking technique. Despite their conscious responses, the subjects’ hand movements revealed the presence of several stereotypical biases. Notably, men, and particularly Black men, were initially perceived “angry,” even when their faces were not objectively angry; and women were initially perceived “happy,” even when their faces were not objectively happy. In addition, Asian faces were initially perceived “female” and Black faces were initially perceived “male,” regardless of the faces’ actual gender. The researchers confirmed, using a separate group of subjects, that the specific pattern of visual biases observed matched prevalent stereotypical associations in the U.S. to a significant degree.

The researchers’ fMRI findings backed these assessments, demonstrating that such stereotypical biases may be entrenched in the brain’s visual system, specifically in the fusiform cortex, a region involved in the visual processing of faces. For instance, the neural-activation patterns elicited by Black male faces in this region were more similar to those elicited by objectively angry faces, even when such faces did not display any actual angry features (e.g., due to stereotypes of Black individuals as hostile). Moreover, the extent of this stereotypical similarity in neural-activation patterns was correlated with the extent of bias observed in a subject’s hand movements. For example, the extent to which a subject’s hand initially veered toward the “angry” response when categorizing a non-angry Black male face predicted the extent to which neural-activation patterns for Black male faces and angry faces were more strongly correlated in the subject’s fusiform cortex.

The numerous other biases described above were also observed in the brain-imaging results. As another example, the neural-activation patterns elicited by White female faces were more similar to those elicited by objectively happy faces, even when such faces did not display any actual happy features (e.g., due to stereotypes of women as appeasing). In addition, neural-activation patterns elicited by Asian faces were more similar to those elicited by female faces, regardless of the actual gender (due to stereotypes associating Asians with more feminine traits).

In the second study, the researchers replicated the overall findings in a larger group of subjects and ruled out alternative explanations, such as whether inherent physical resemblance or visual similarities in certain faces may explain the results. They also measured each subject’s own stereotypical associations using an additional task and demonstrated that it was a subject’s own unique associations that specifically predicted the visual biases and neural-activation patterns observed. These findings cemented the evidence that one’s own learned stereotypes can change the way that an individual sees another person’s face and also demonstrated that this form of visual stereotyping is not limited to particular associations. Rather, whatever associations an individual has learned over his or her lifetime are likely to be expressed in the form of this visual stereotyping, the findings suggest.

“If stereotypes we have learned can change how we visually process another person, this kind of visual stereotyping may only serve to reinforce and possibly exacerbate the biases that exist in the first place,” Freeman notes.

“Ultimately, this research could be used to develop better interventions to reduce or possibly eliminate unconscious biases,” he adds. “The findings highlight the need to address these biases at the visual level as well, which may be more entrenched and require specific forms of intervention. This visual bias occurs the moment we glimpse at another person, well before we have a chance to correct ourselves or regulate our behavior.”

Funding: The research was supported, in part, by a grant from the National Science Foundation (BCS-1423708).

Source: James Devitt – NYU
Image Source: The image is credited to Ryan Stolier and Jon Freeman..
Original Research: The study will appear in Nature Neuroscience will be published during the week of May 2, 2016. 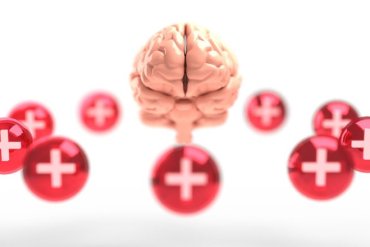 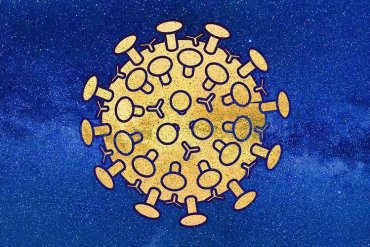