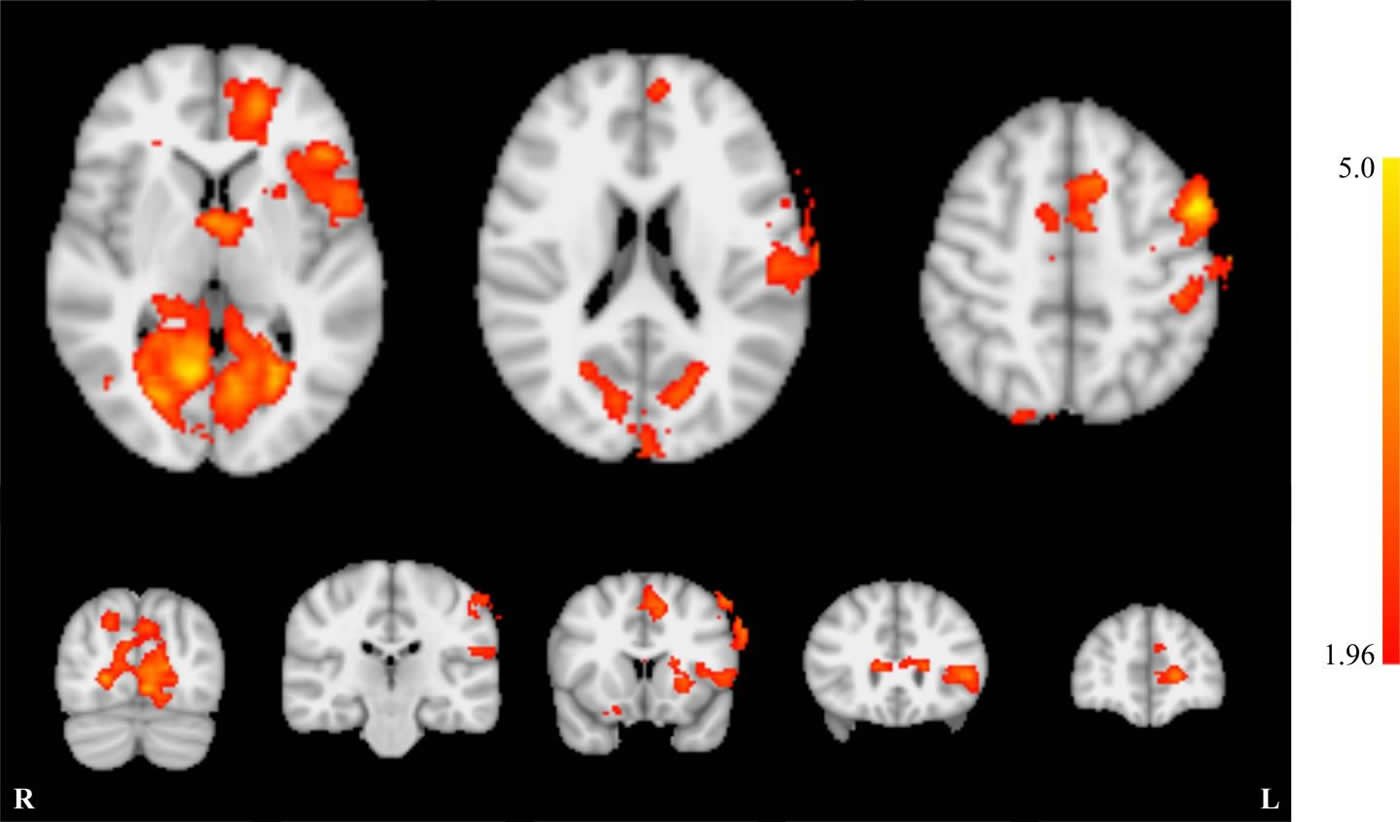 Summary: According to a new study that will be presented at RSNA 2017, neurofeedback may help to reduce and, in some cases, eliminate tinnitus.

Researchers using functional MRI (fMRI) have found that neurofeedback training has the potential to reduce the severity of tinnitus or even eliminate it, according to a study presented today at the annual meeting of the Radiological Society of North America (RSNA).

Tinnitus is the perception of noise, often ringing, in the ear. The condition is very common, affecting approximately one in five people. As sufferers start to focus on it more, they become more frustrated and anxious, which in turn makes the noise seem worse. The primary auditory cortex, the part of the brain where auditory input is processed, has been implicated in tinnitus-related distress.

For the study, researchers looked at a novel potential way to treat tinnitus by having people use neurofeedback training to turn their focus away from the sounds in their ears. Neurofeedback is a way of training the brain by allowing an individual to view some type of external indicator of brain activity and attempt to exert control over it.

“The idea is that in people with tinnitus there is an over-attention drawn to the auditory cortex, making it more active than in a healthy person,” said Matthew S. Sherwood, Ph.D., research engineer and adjunct faculty in the Department of Biomedical, Industrial and Human Factors Engineering at Wright State University in Fairborn, Ohio. “Our hope is that tinnitus sufferers could use neurofeedback to divert attention away from their tinnitus and possibly make it go away.”

To determine the potential efficacy of this approach, the researchers had 18 healthy volunteers with normal hearing undergo five fMRI-neurofeedback training sessions. Study participants were given earplugs through which white noise could be introduced for periods of time. The earplugs also served to block out the scanner noise.

“We started with alternating periods of sound and no sound in order to create a map of the brain and find areas that produced the highest activity during the sound phase,” Dr. Sherwood said. “Then we selected the voxels that were heavily activated when sound was being played.”

The participants then participated in the fMRI-neurofeedback training phase while inside the MRI scanner. They received white noise through their earplugs and were able to view the activity in their primary auditory cortex as a bar on a screen. Each fMRI-neurofeedback training run contained eight blocks separated into a 30-second “relax” period followed by a 30-second “lower” period. Participants were instructed to watch the bar during the relax period and actively attempt to lower it by decreasing primary auditory cortex activity during the lower phase.

The researchers gave the participants techniques to help them do this, such as trying to divert attention from sound to other sensations like touch and sight.

“Many focused on breathing because it gave them a feeling of control,” Dr. Sherwood said. “By diverting their attention away from sound, the participants’ auditory cortex activity went down, and the signal we were measuring also went down.”

A control group of nine individuals were provided sham neurofeedback — they performed the same tasks as the other group, but the feedback came not from them but from a random participant. By performing the exact same procedures with both groups using either real or sham neurofeedback, the researchers were able to distinguish the effect of real neurofeedback on control of the primary auditory cortex. 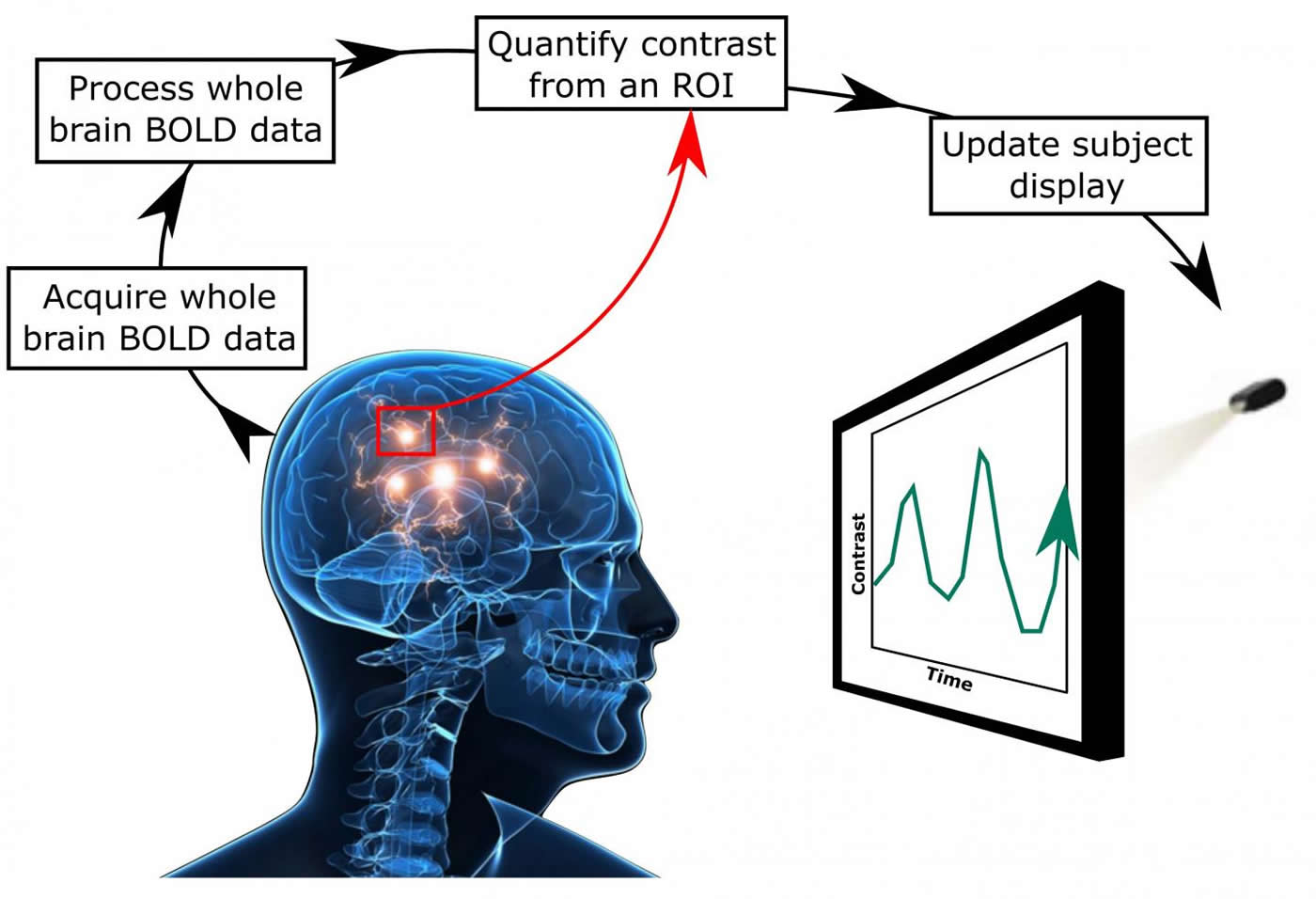 The study represents the first time fMRI-neurofeedback training has been applied to demonstrate that there is a significant relationship between control of the primary auditory cortex and attentional processes. This is important to therapeutic development, Sherwood said, as the neural mechanisms of tinnitus are unknown but likely related to attention.

The results represent a promising avenue of research that could lead to improvements in other areas of health like pain management, according to Dr. Sherwood.

“Ultimately, we’d like take what we learned from MRI and develop a neurofeedback program that doesn’t require MRI to use, such as an app or home-based therapy that could apply to tinnitus and other conditions,” he said.

Co-authors are Emily E. Diller, M.S., Subhashini Ganapathy, Ph.D., Jeremy Nelson, Ph.D., and Jason G. Parker, Ph.D. This material is based on research sponsored by the U.S. Air Force under agreement number FA8650-16-2-6702. The views expressed are those of the authors and do not reflect the official views or policy of the Department of Defense and its Components. The U.S. Government is authorized to reproduce and distribute reprints for Governmental purposes notwithstanding any copyright notation thereon. The voluntary, fully informed consent of the subjects used in this research was obtained as required by 32 CFR 219 and DODI 3216.02_AFI 40-402.