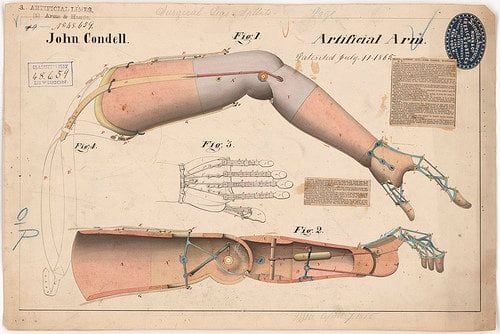 Researchers commented the animals performed identically whether poked on their own hand or on the prosthetic one. The prosthetic hand image is not related to this article but we thought it was cool.
Home
Featured

In a study recently published in IEEE Transactions on Neural Systems and Rehabilitation Engineering, neurobiologists at the University of Chicago show how an organism can sense a tactile stimulus, in real time, through an artificial sensor in a prosthetic hand.

Scientists have made tremendous advances toward building lifelike prosthetic limbs that move and function like the real thing. These are amazing accomplishments, but an important element to creating a realistic replacement for a hand is the sense of touch. Without somatosensory feedback from the fingertips about how hard you’re squeezing something or where it’s positioned relative to the hand, grasping an object is about as accurate as using one of those skill cranes to grab a stuffed animal at an arcade. Sure, you can do it, but you have to concentrate intently while watching every movement. You’re relying on your sense of vision to compensate for the lack of touch.

Sliman Bensmaia, assistant professor of organismal biology and anatomy at the University of Chicago, studies the neural basis of the sense of touch. Now, he and his colleagues are working with a robotic hand equipped with sensors that send electrical signals to electrodes implanted in the brain to recreate the same response to touch as a real hand.

Bensmaia spoke about how important the sense of touch is to creating a lifelike experience with a prosthetic limb.

“If you lose your somatosensory system it almost looks like your motor system is impaired,” he said. “If you really want to create an arm that can actually be used dexterously without the enormous amount of concentration it takes without sensory feedback, you need to restore the somatosensory feedback.”

The researchers performed a series of experiments with rhesus macaques that were trained to respond to stimulation of the hand. In one setting, they were gently poked on the hand with a physical probe at varying levels of pressure. In a second setting, some of the animals had electrodes implanted into the area of the brain that responds to touch. These animals were given electrical pulses to simulate the sensation of touch, and their hands were hidden so they wouldn’t see that they weren’t actually being touched.

Using data from the animals’ responses to each type of stimulus, the researchers were able to create a function, or equation, that described the requisite electrical pulse to go with each physical poke of the hand. Then, they repeated the experiments with a prosthetic hand that was wired to the brain implants. They touched the prosthetic hand with the physical probe, which in turn sent electrical signals to the brain.

Bensmaia said that the animals performed identically whether poked on their own hand or on the prosthetic one.
“This is the first time as far as I know where an animal or organism actually perceives a tactile stimulus through an artificial transducer,” Bensmaia said. “It’s an engineering milestone. But from a neuroengineering standpoint, this validates this function. You can use this function to have an animal perform this very precise task, precisely identically.”

The FDA is in the process of approving similar devices for human trials, and Bensmaia said he hopes such a system is implemented within the next year. Producing a lifelike sense of touch would go a long way toward improving the dexterity and performance of prosthetic hands, but he said it would also help bridge a mental divide for amputees or people who have lost the use of a limb. Until now, prosthetics and robotic arms feel more like tools than real replacements because they don’t produce the expected sensations.

“If every time you see your robotic arm touching something, you get a sensation that is projected to it, I think it’s very possible that in fact, you will consider this new thing as being part of your body,” he said.