To measure a person’s sleep, researchers have always relied on costly and time-consuming approaches that could only be used in a sleep lab. But now researchers reporting in Current Biology on December 28 have found a way to capture detailed information on human sleep cycles over long periods of time while individuals slumber at home in their usual way. According to the researchers, the findings represent a major breakthrough in sleep research because, for the first time, it will now be possible to objectively capture the real-life sleep habits and sleep quality of large numbers of people.

“There has been practically no possibility of getting detailed sleep structures in a normal life setting over a long period of time,” says Till Roenneberg of LMU Munich in Germany. “You can’t easily give somebody an EEG to take home and have next to the bed. You can’t do this over six weeks or six months. We are going to see things nobody has seen before.”

The key is a simple, wrist-worn research gadget that can be purchased for as little as $150. They are akin to commercially available self-trackers used by consumers. The gadgets, called actimeters, record data on wrist movement from which one can obtain activity patterns for up to three months. The researchers used the actimeters to assess rest/activity cycles not just over the course of the waking day, but also during sleep itself.

The findings are the latest in a larger, ongoing human sleep project, designed to learn more about sleep and its essential role in our lives by collecting sleep data on thousands of people in the real world. Roenneberg’s team had been collecting information on sleep duration and quality via questionnaire. The next step was to find a way to collect objective measurements of sleep characteristics on similarly large numbers of people.

In the new study, Roenneberg and colleagues, including Eva Winnebeck, looked to actimeter data collected over more than 20,000 days from 574 subjects, aged 8 to 92 years. But the patterns of activity during sleep collected using the devices appeared rather messy. It was hard to discern the cyclical sleep patterns normally seen with other, more complicated devices in the lab.

Then, they noticed something: by focussing on periods of inactivity during the night, a much clearer cyclical pattern began to emerge. The researchers used a simple conversion to measure inactivity (as opposed to activity) on a scale of near zero to 100, with 100 representing total inactivity.

“It was flabbergasting how it clarified the structures,” Roenneberg says.

The researchers call the new measure “locomotor inactivity during sleep” (LIDS). Those measures showed that movement patterns reflect sleep cycles and replicate the dynamics seen in the lab. The data showed no sex differences in LIDS-derived sleep dynamics, although men move more than women do. They did observe large differences among individuals based on their age and work schedules.

Roenneberg said that it wasn’t clear at first how the inactivity cycles matched up to the patterns of rapid eye movement (REM) and non-REM sleep typically measured in the lab. Further study revealed that periods of least activity reflected deeper sleep. Those of greater activity corresponded to light and REM sleep. That’s because, during REM sleep, the extremities frequently twitch and those twitches are detected by the actimeters.

As the researchers collect data in this way on many more people, they hope to come up with new and much more objective ways to measure not just sleep but also sleep quality. Such measures are essential for evaluating whether interventions to improve sleep actually work. 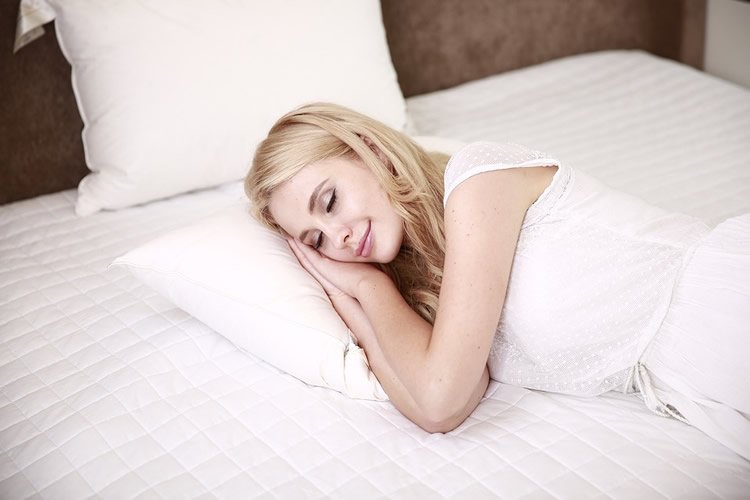 The findings are the latest in a larger, ongoing human sleep project, designed to learn more about sleep and its essential role in our lives by collecting sleep data on thousands of people in the real world. Roenneberg’s team had been collecting information on sleep duration and quality via questionnaire. The next step was to find a way to collect objective measurements of sleep characteristics on similarly large numbers of people. NeuroscienceNews.com image is in the public domain.

“Right now, we’re not able to judge the outcome of interventions,” Roenneberg says. “If, for example, we change school times, is sleep quality changed? What about shift work times or indoor lighting? All interventions necessary to improve sleep today are only judged by sleep duration and by asking people how they feel they have slept. There’s no objective way to measure sleep quality, and we need this desperately.”

Roenneberg says they are now poised to measure and compare sleep of people living in different cultures, climates, latitudes, and lifestyles. They ultimately plan to build online infrastructures to allow anyone to upload actimetry recordings and receive meaningful feedback on their sleep.

“Many devices have tried to use activity to assess sleep structures, but our method is simple, transparent, and works especially in long-term recordings,” Roenneberg says. “This will help many who have sleep problems and will hopefully increase the appreciation for the importance of sleep for our health and well-being.”

Funding: Parts of this study were supported by a grant from the Friedrich- Baur-Stiftung. Till Roenneberg is a consultant to Condor Instruments LTDA.

Dynamics and Ultradian Structure of Human Sleep in Real Life

Summary
The temporal dynamics that characterize sleep are difficult to capture outside the sleep laboratory. Therefore, longitudinal studies and big-data approaches assessing sleep dynamics are lacking. Here, we present the first large-scale analysis of human sleep dynamics in real life by making use of longitudinal wrist movement recordings of >16,000 sleep bouts from 573 subjects. Through non-linear conversion of locomotor activity to “Locomotor Inactivity During Sleep” (LIDS), movement patterns are exposed that directly reflect ultradian sleep cycles and replicate the dynamics of laboratory sleep parameters. Our current analyses indicate no sex differences in LIDS-derived sleep dynamics, whereas especially age but also shift work have pronounced effects, specifically on decline rates and ultradian amplitude. In contrast, ultradian period and phase emerged as remarkably stable across the tested variables. Our approach and results provide the necessary quantitative sleep phenotypes for large field studies and outcome assessments in clinical trials.