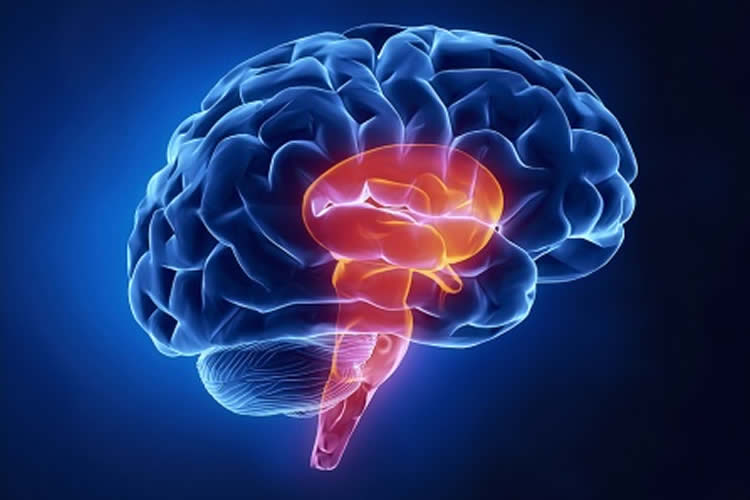 Using designer genes, researchers at UB and Harvard were able to 'turn on' specific neurons in the brainstem that result in deep sleep. Credit University at Buffalo.

Findings may lead to new therapies for sleep disorders, including insomnia.

A sleep-promoting circuit located deep in the primitive brainstem has revealed how we fall into deep sleep. Discovered by researchers at Harvard School of Medicine and the University at Buffalo School of Medicine and Biomedical Sciences, this is only the second “sleep node” identified in the mammalian brain whose activity appears to be both necessary and sufficient to produce deep sleep.

Published online in August in Nature Neuroscience, the study demonstrates that fully half of all of the brain’s sleep-promoting activity originates from the parafacial zone (PZ) in the brainstem. The brainstem is a primordial part of the brain that regulates basic functions necessary for survival, such as breathing, blood pressure, heart rate and body temperature.

“The close association of a sleep center with other regions that are critical for life highlights the evolutionary importance of sleep in the brain,” says Caroline E. Bass, assistant professor of Pharmacology and Toxicology in the UB School of Medicine and Biomedical Sciences and a co-author on the paper.

The researchers found that a specific type of neuron in the PZ that makes the neurotransmitter gamma-aminobutyric acid (GABA) is responsible for deep sleep. They used a set of innovative tools to precisely control these neurons remotely, in essence giving them the ability to turn the neurons on and off at will.

“These new molecular approaches allow unprecedented control over brain function at the cellular level,” says Christelle Ancelet, postdoctoral fellow at Harvard School of Medicine. “Before these tools were developed, we often used ‘electrical stimulation’ to activate a region, but the problem is that doing so stimulates everything the electrode touches and even surrounding areas it didn’t. It was a sledgehammer approach, when what we needed was a scalpel.”

“To get the precision required for these experiments, we introduced a virus into the PZ that expressed a ‘designer’ receptor on GABA neurons only but didn’t otherwise alter brain function,” explains Patrick Fuller, assistant professor at Harvard and senior author on the paper. “When we turned on the GABA neurons in the PZ, the animals quickly fell into a deep sleep without the use of sedatives or sleep aids.”

How these neurons interact in the brain with other sleep and wake-promoting brain regions still need to be studied, the researchers say, but eventually these findings may translate into new medications for treating sleep disorders, including insomnia, and the development of better and safer anesthetics.

Food Allergies Can Be Reversed by Targeting the Microbiome

“We are at a truly transformative point in neuroscience,” says Bass, “where the use of designer genes gives us unprecedented ability to control the brain. We can now answer fundamental questions of brain function, which have traditionally been beyond our reach, including the ‘why’ of sleep, one of the more enduring mysteries in the neurosciences.”

Notes about this sleep research

The study was funded by the NIH.