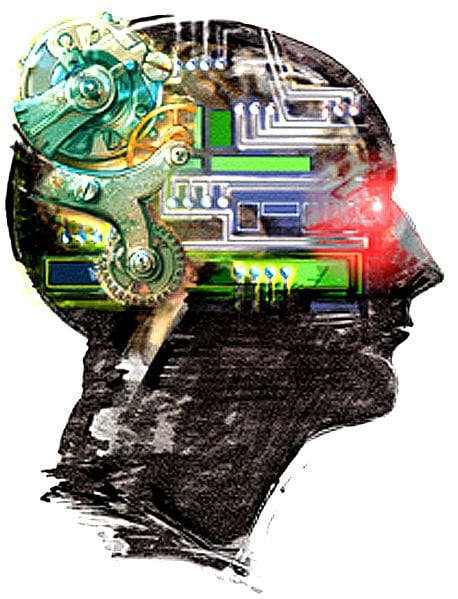 Researchers note our brains could process new situations by relying on methods similar to "pointer" systems used by computers. "Pointers" tell computers where to look for information stored elsewhere in the system to replace a variable. Image credited to Alejandro Zorrilal Cruz.
Home
Featured

Our brains give us the remarkable ability to make sense of situations we’ve never encountered before—a familiar person in an unfamiliar place, for example, or a coworker in a different job role—but the mechanism our brains use to accomplish this has been a longstanding mystery of neuroscience.

Now, researchers at the University of Colorado Boulder have demonstrated that our brains could process these new situations by relying on a method similar to the “pointer” system used by computers. “Pointers” are used to tell a computer where to look for information stored elsewhere in the system to replace a variable.

For the study, published today in the Proceedings of the National Academy of Sciences, the research team relied on sentences with words used in unique ways to test the brain’s ability to understand the role familiar words play in a sentence even when those words are used in unfamiliar, and even nonsensical, ways.

“The fact that you understand that the sentence is grammatically well formed means you can process these completely novel inputs,” said Randall O’Reilly, a professor in CU-Boulder’s Department of Psychology and Neuroscience and co-author of the study. “But in the past when we’ve tried to get computer models of a brain to do that, we haven’t been successful.”

Computers routinely complete similar tasks. In computer science, for example, a computer program could create an email form letter that has a pointer in the greeting line. The pointer would then draw the name information for each individual recipient into the greeting being sent to that person.

In the new study, led by Trenton Kriete, a postdoctoral researcher in O’Reilly’s lab, the scientists show that the connections in the brain between the prefrontal cortex and the basal ganglia could play a similar role to the pointers used in computer science. The researchers added new information about how the connections between those two regions of the brain could work into their model.

While the results show that a pointer-like system could be at play in the brain, the function is not identical to the system used in computer science, the scientists said. It’s similar to comparing an airplane’s wing and a bird’s wing, O’Reilly said. They’re both used for flying but they work differently.

‘Beauty Goggles’: How Attractiveness Influences How We See People

“As your brain learns, it gets better and better at processing these novel kinds of information,” O’Reilly said.

Other study co-authors include David Noelle of the University of California, Merced, and Jonathan Cohen of Princeton University. The research was supported by an Intelligence Advanced Research Projects Activity grant through the U.S. Department of the Interior.