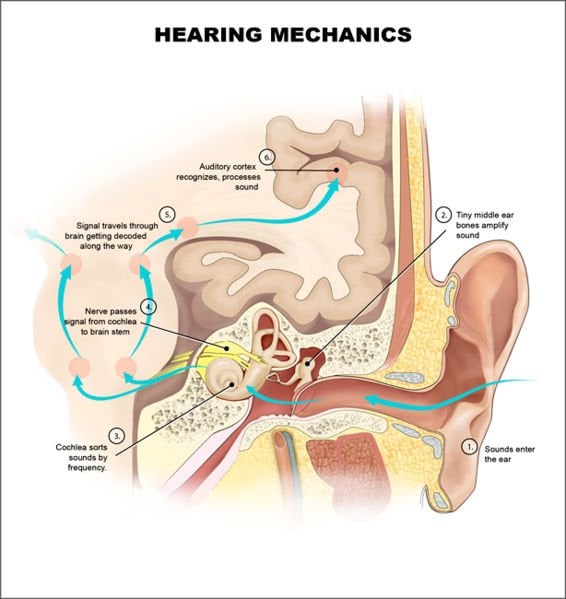 The researcher speculated that the internal copy of our voice produced by corollary discharge can be generated even when there isn’t any external sound, meaning that the sound we hear when we talk inside our heads is actually the internal prediction of the sound of our own voice.
Home
Featured

A new study shows that a predictive brain signal could explain why we ‘hear’ inner speech in our heads even in the absence of actual sound.

Whether you’re reading the paper or thinking through your schedule for the day, chances are that you’re hearing yourself speak even if you’re not saying words out loud. This internal speech — the monologue you “hear” inside your head — is a ubiquitous but largely unexamined phenomenon. A new study looks at a possible brain mechanism that could explain how we hear this inner voice in the absence of actual sound.

In two experiments, researcher Mark Scott of the University of British Columbia found evidence that a brain signal called corollary discharge — a signal that helps us distinguish the sensory experiences we produce ourselves from those produced by external stimuli — plays an important role in our experiences of internal speech.

Corollary discharge is a kind of predictive signal generated by the brain that helps to explain, for example, why other people can tickle us but we can’t tickle ourselves. The signal predicts our own movements and effectively cancels out the tickle sensation.

And the same mechanism plays a role in how our auditory system processes speech. When we speak, an internal copy of the sound of our voice is generated in parallel with the external sound we hear.

“We spend a lot of time speaking and that can swamp our auditory system, making it difficult for us to hear other sounds when we are speaking,” Scott explains. “By attenuating the impact our own voice has on our hearing — using the ‘corollary discharge’ prediction — our hearing can remain sensitive to other sounds.”

Scott speculated that the internal copy of our voice produced by corollary discharge can be generated even when there isn’t any external sound, meaning that the sound we hear when we talk inside our heads is actually the internal prediction of the sound of our own voice.

If corollary discharge does in fact underlie our experiences of inner speech, he hypothesized, then the sensory information coming from the outside world should be cancelled out by the internal copy produced by our brains if the two sets of information match, just like when we try to tickle ourselves.

These findings provide evidence that internal speech makes use of a system that is primarily involved in processing external speech, and may help shed light on certain pathological conditions.

“This work is important because this theory of internal speech is closely related to theories of the auditory hallucinations associated with schizophrenia,” Scott concludes.

Notes about this neuroscience and psychology research

This research was supported by grants from the Natural Sciences and Engineering Research Council of Canada to Bryan Gick, Janet F. Werker and Eric Vatikiotis-Bateson.