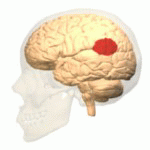 A Fundamental Problem for Brain Mapping

Recent findings force scientists to rethink the rules of neuroimaging.

Is there a brain area for mind-wandering? For religious experience? For reorienting attention? A recent study casts serious doubt on the evidence for these ideas, and rewrites the rules for neuroimaging.

Brain mapping experiments attempt to identify the cognitive functions associated with discrete cortical regions. They generally rely on a method known as “cognitive subtraction.” However, recent research reveals a basic assumption underlying this approach—that brain activation is due to the additional processes triggered by the experimental task—is wrong.

“It is such a basic assumption that few researchers have even thought to question it,” said Anthony Jack, assistant professor of cognitive science at Case Western Reserve University. “Yet study after study has produced evidence it is false.”

“The idea here is that the control task involves some of the same cognitive processes as the experimental task, in this case perceptual and articulatory processes,” Jack explained. “But there is at least one process that is different—the act of selecting a semantically appropriate word from a different lexical category.”

By subtracting activity recorded during the control task from the experimental task, researchers try to isolate distinct cognitive processes and map them onto specific brain areas.

Jack and former Case Western Reserve student Benjamin Kubit, now at the University of California Davis, challenge a key assumption of the subtraction method and several tenets of Ventral Attention Network theory, one of the longest established theories in cognitive neuroscience and which relies on cognitive subtraction. In a paper published today in Frontiers in Human Neuroscience, they highlight a new and additional problem that casts doubt on papers from well-established laboratories published in top journals.

Work by another group even shows activity in a network bounces higher the more it has been suppressed, rather like releasing a compressed spring.

“It’s clear these increases in activity are not due to additional task-related processes,” Jack said. “Instead of cognitive subtraction, what we are seeing here is cognitive addition—parts of the brain do more the less the task demands.”

Kubit and Jack caution that researchers must consider whether an increase in activity in a suppressed region is due to task-related processing, or the release of suppression, if they want to accurately interpret their data. In the paper, they lay out data from other studies, meta-analysis and resting connectivity that all suggest activation of a particular brain area, the right temporoparietal junction (rTPJ), in attention reorienting tasks can be most simply explained by the release of suppression.

Based on that, “We haven’t shown that Ventral Attention Network theory is false,” Jack said, “but we have raised a big question mark over the theory and the evidence that has been taken to support it.”

The working hypothesis for more than a decade has been that the basic function of the rTPJ is attention reorienting. But, upon considering the possibility of cognitive addition as well as cognitive subtraction, the evidence supporting this view looks slim, the researchers assert. “The evidence is compelling that there are two distinct areas near rTPJ – regions which are not only involved in distinct functions but which also tend to suppress each other,” Jack said. “There is no easy way to square this with the Ventral Attention Network account of rTPJ.”

A number of broad challenges to brain imaging have been raised in the past by psychologists and philosophers, and in the recent book Brainwashed: The Seductive Appeal of Mindless Neuroscience, by Sally Satel and Scott Lilienfeld. One of the most popular objections has been to liken brain mapping to phrenology.

“There was some truth to that, particularly in the early days” Jack said. Brain mapping can run afoul because the psychological category it assigns to a region don’t represent basic functions.

For instance, the claim that there is a “God spot” in the brain doesn’t reflect a mature understanding of the science, he continued. Researchers recognize that individual brain regions have more general functions, and that specific cognitive processes, like religious experiences, are realized by interactions between distributed networks of regions.

For example, Malia Mason et al’s widely cited 2007 publication that appeared in the journal Science used the logic of cognitive subtraction to reach the conclusion that the function of a large area of cortex, known as the default mode network (DMN), is mind-wandering or spontaneous cognition.

The pair believes one reason researchers have felt safe with the assumptions underlying cognitive subtraction is that they have assumed the brain will not expend any more energy than is needed to perform the task at hand.

“Yet the brain clearly does expend more energy than is needed to guide ongoing behavior,” Jack said. “The influential neurologist Marcus Raichle has shown that task-related activity represents the tip of the iceberg, in terms of neural and metabolic activity. The brain is constantly active and restless, even when the person is entirely ‘at rest’ —that is, even when they aren’t given any task to do.”
Jack said their critique won’t hurt brain imaging as a discipline. “Quite the reverse, understanding the full implications of the suppressive relationship between brain networks will move the discipline forward.”

“One of the best known theories in psychology is dual-process theory,” he continued. “But the opposing-networks findings suggest a quite different picture from the account favored by psychologists.”

Dual process theory is outlined in the recent book Thinking Fast and Slow by the Nobel prize-winner Daniel Kahneman. Classic dual-process theory postulates a fight between deliberate reasoning and primitive automatic processes. But the fight that is most obvious in the brain is between two types of deliberate and evolutionarily advanced reasoning – one for empathetic, the other for analytic thought, the researchers say.

The two theories are compatible. “But, it looks like a number of phenomena will be better explained by the opposing networks research,” Jack said.

Jack warned that to conclude this critique of cognitive subtraction and Ventral Attention Network theory shows that brain imaging is fundamentally flawed would be like claiming that critiques of Darwin’s theory show evolution is false.

Brain mapping, Jack believes, was just the first phase of this science. “What we are talking about here is refining the science,” he said. “It should be no surprise that that journey involves some course corrections. The key point is that we are moving from brain mapping to identifying neural constraints on cognition that behavioral psychologists have missed.”

Notes about this brain mapping and neuroimaging research

Contact: Kevin Mayhood – Case Western Reserve University
Source: Case Western Reserve University
Image Source: The TPJ image is credited to Was a bee at Wikimedia Commons and is licensed as Creative Commons Attribution-Share Alike 2.1 Japan.
Original Research: Abstract for “Rethinking the role of the rTPJ in attention and social cognition in light of the opposing domains hypothesis: findings from an ALE-based meta-analysis and resting-state functional connectivity” by Benjamin Kubit and Anthony I. Jack in Frontiers in Human Neuroscience. Published online July 10 2013 doi: 10.3389/fnhum.2013.00323