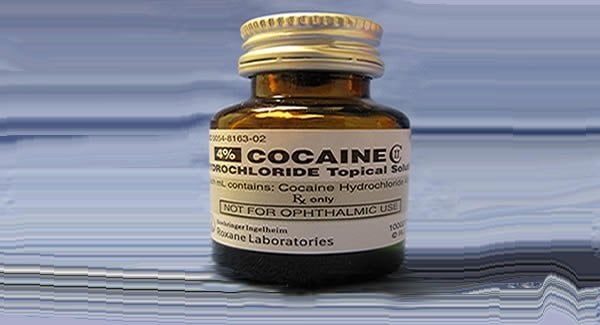 A natural mechanism that controls cocaine use was discovered by Scripps Research scientists. The findings could help explain why some people are more vulnerable to cocaine addiction than others. Cocaine drug treatment research is also a potential beneficiary of this study.

Scientists from The Scripps Research Institute have found that a particular type of genetic material plays a key role in determining vulnerability to cocaine addiction and may offer an entirely new direction for the development of anti-addiction therapies. In animal studies, the scientists found that a molecule called microRNA-212 was increased in the brains of test animals that had extended access to cocaine. MicroRNA-212 controlled how much cocaine the animals consumed.

The study was published on July 8, 2010, in an advance, online edition of the prestigious journal Nature.

“The key question that the study may answer is why one person is more vulnerable to the effects of cocaine than another,” said team leader Paul Kenny, an associate professor in the Department of Molecular Therapeutics at Scripps Florida. “What we found is that a specific microRNA exerts enormous control over the response to the drug. When it is increased in the brain, it protects against addictive behavior, while a reduction raises vulnerability to addictive behaviors. The practical outcome of increased microRNA-212 expression is that it slams the brakes on any desire to take the drug.”

MicroRNA-212 is a type of small non-protein coding RNA that can regulate the expression levels of hundreds or even thousands of genes. As such, microRNA-212 and other types of microRNAs are considered “master regulators” of gene expression. Because of their ability to coordinate the expression of related genes responsible for brain structure and function, it is thought that microRNAs might play important roles in complex psychiatric disorders, but little has been known about their involvement in addiction—until now.

What the new findings suggest, Kenny said, is that individuals with serious addiction problems may have damaged supplies of this particular non-coding RNA, or the microRNA may not function properly.

“Looking into the future,” he said, “It might be possible to develop a small molecule therapeutic that mimics or stimulates the production of this particular microRNA. Once we understand the precise mechanism, we might uncover novel targets that would have a similar effect to acting on the microRNA directly.”

A Molecule that Puts the Brakes on Cocaine Consumption

According to the 2007 National Survey on Drug Use and Health by the Department of Health and Human Services, nearly 1.6 million Americans’ behavior met the criteria for cocaine abuse.

Cocaine triggers a constellation of brain reward systems, and cocaine addiction is commonly viewed as a disorder of neuroplasticity – the brain’s ability to continually produce new neural connections in response to changes such as injury or disease. Long-lasting structural and functional modifications induced by cocaine are thought to increase sensitivity to the motivational effects of the drug, which in turn results in an eventual loss of control over intake.

In the study, the scientists set out to see how the brain changes in rats with extended or limited exposure to the drug using a model of compulsive drug-taking developed by Scripps Research scientist George Koob. The rats with extended access are those most likely to develop compulsive-like drug-seeking behaviors.

The scientists allowed one group six hours of extended access to cocaine each day, compared to control groups, which were given limited exposure to the drug – one hour or none on a daily basis. In the extended-access group, microRNA-212 was increased nearly two fold in the dorsal striatum (a key brain region regulating the development of habit formation) compared to the brains of control rats.

The animals with increased microRNA-212 expression were progressively less motivated to consume cocaine as their exposure to the drug increased.

“When we used a virus to drive a large over-expression of the microRNA, there was no effect on the behavior of the limited-access animals,” Kenny said. “In the extended-access animals, however, their behavior changed abruptly – they took less and less cocaine. In fact, their intake became so low that it appeared they actively disliked the drug. Conversely, when we blocked the actions of the microRNA, the extended access animals began to consume the drug in a compulsive-like manner. MicroRNA-212 is therefore a protective factor helping to prevent the loss of control over drug-taking behavior. Individual differences in microRNA-212 signaling are therefore likely to play a key role in determining vulnerability to cocaine addiction.”

In the study, the scientists took their investigation a step further to examine the molecular signaling mechanisms producing this effect. The scientists found that extended consumption of cocaine was associated with an overstimulation of various neurotransmitters in the brain, which increased the production of cAMP (a messenger associated with many biological processes), which in turn activated CREB signaling. (CREB is a transcription factor, a protein that turns on a gene by binding to it, known to regulate how much you like or dislike cocaine.) These changes led to the increase in expression of microRNA-212.

Surprisingly, the scientists found that the increases in microRNA-212 induced by CREB in turn dramatically amplified the actions of cocaine on CREB signaling, establishing a CREB-microRNA-212 “loop.” In effect, the microRNA stimulated the pathway in the brain that increases aversive reactions to cocaine, thereby decreasing the motivation to consume the drug.

About The Scripps Research Institute

The Scripps Research Institute is one of the world’s largest independent, non-profit biomedical research organizations, at the forefront of basic biomedical science that seeks to comprehend the most fundamental processes of life. Scripps Research is internationally recognized for its discoveries in immunology, molecular and cellular biology, chemistry, neurosciences, autoimmune, cardiovascular, and infectious diseases, and synthetic vaccine development. Established in its current configuration in 1961, it employs approximately 3,000 scientists, postdoctoral fellows, scientific and other technicians, doctoral degree graduate students, and administrative and technical support personnel. Scripps Research is headquartered in La Jolla, California. It also includes Scripps Florida, whose researchers focus on basic biomedical science, drug discovery, and technology development. Scripps Florida is located in Jupiter, Florida.