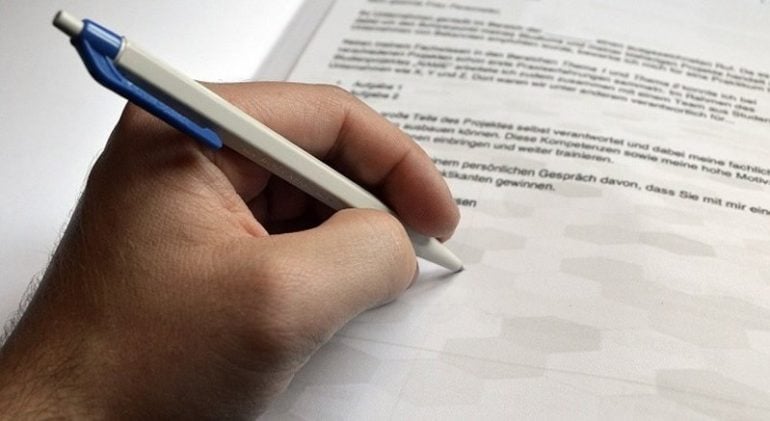 Frequency of left-handedness has shaped and underpinned different fields of research, from cognitive neuroscience to human evolution. The image is adapted from the University of St. Andrews news release.

Summary: A meta-analysis study reveals at least 10.6% of the world’s population is left-handed.

From Leonardo da Vinci to Oprah Winfrey, and from Napoleon Bonaparte to Jimi Hendrix the talents of left-handers have been celebrated across the generations.

However, the prevalence of people who favour their left hand over their right has always been a rough estimate – until now.

In the biggest ever global study of handedness researchers from across Europe, led by the National and Kapodistrian University of Athens and in the UK by the University of St Andrews, have concluded that 10.6% of the world’s population are left handed.

Details of the study of more than two million people by researchers at the National and Kapodistrian University of Athens, University of Oxford, University of Bristol, Ruhr University Bochum and St Andrews are published in Psychological Bulletin today.

Frequency of left-handedness has shaped and underpinned different fields of research, from cognitive neuroscience to human evolution. While hundreds of empirical studies have assessed handedness, there has never been a large-scale, comprehensive review of the prevalence of handedness and the factors which moderate it.

Typically handedness is measured by which hand is used to write with. However, for this study researchers allowed for the fact that about 9% of people use different hands for different tasks which further improved the accuracy for their findings.

Understanding handedness contributes to our understanding of human evolution. For example, it has been claimed that right-handedness, along with the capacity to make and use tools, to use language, and to show functional and anatomical cerebral specialisation, are characteristics specific to humans, and that they are intimately tied together in the divergent evolution of man from apes.

The lead UK author of the study, Dr Silvia Paracchini, of the School of Medicine at St Andrews, said: “This study will provide a useful reference for different areas of handedness research. In addition to providing reliable figures, the study highlights variability across studies depending on the different criteria used to measure handedness. While we intuitively classify handedness as a left/right category, these data show that the proportion of people using different hands for different tasks is almost as big as the proportion of the left-handers.”

A New Atlas of Cells That Carry Blood to the Brain

Across time and place, right hand preference has been the norm, but what is the precise prevalence of left- and right-handedness? Frequency of left-handedness has shaped and underpinned different fields of research, from cognitive neuroscience to human evolution, but reliable distributional estimates are still lacking. While hundreds of empirical studies have assessed handedness, a large-scale, comprehensive review of the prevalence of handedness and the factors that moderate it, is currently missing. Here, we report 5 meta-analyses on hand preference for different manual tasks and show that left-handedness prevalence lies between 9.3% (using the most stringent criterion of left-handedness) to 18.1% (using the most lenient criterion of nonright-handedness), with the best overall estimate being 10.6% (10.4% when excluding studies assessing elite athletes’ handedness). Handedness variability depends on (a) study characteristics, namely year of publication and ways to measure and classify handedness, and (b) participant characteristics, namely sex and ancestry. Our analysis identifies the role of moderators that require taking into account in future studies on handedness and hemispheric asymmetries. We argue that the same evolutionary mechanisms should apply across geographical regions to maintain the roughly 1:10 ratio, while cultural factors, such as pressure against left-hand use, moderate the magnitude of the prevalence of left-handedness. Although handedness appears as a straightforward trait, there is no universal agreement on how to assess it. Therefore, we urge researchers to fully report study and participant characteristics as well as the detailed procedure by which handedness was assessed and make raw data publicly available.