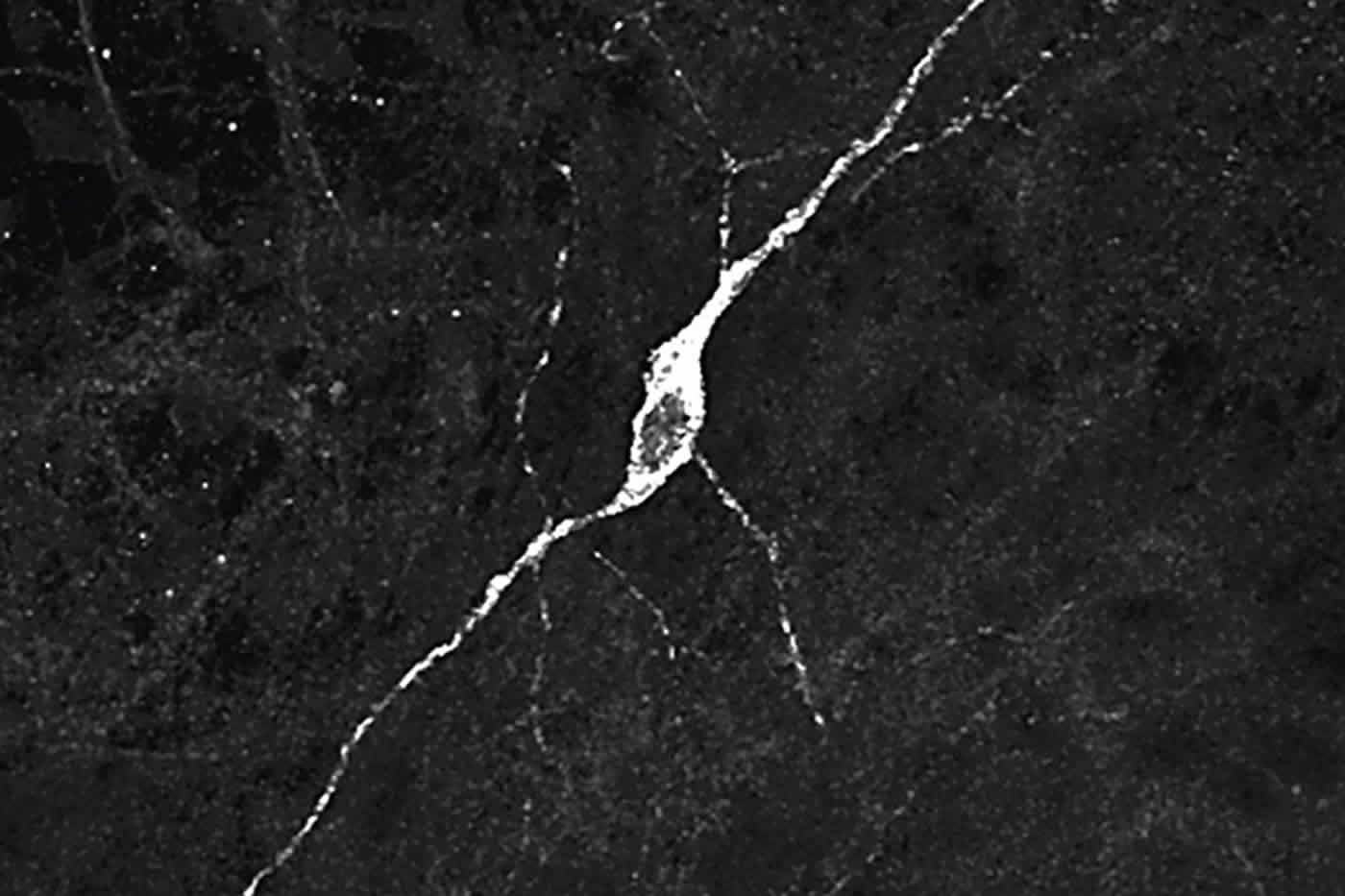 These panels (images 1, 2, 3) show three different types of hypothalamic neurons created from stem cells. For the first time, researchers have access to these live human neuron types that are involved in everything from the regulation of sleep, to obesity, and other basic processes. Image adapted from the Harvard press release

Scientists produce hypothalamic neurons, which can help target a range of conditions by using lab dishes.

Collaborating with scientists from New York, Toronto, and Tokyo, Harvard Stem Cell Institute (HSCI) researchers have devised two methods for using stem cells to generate the type of neurons that help regulate behavioral and basic physiological functions in the human body, such as obesity and hypertension, as well as sleep, mood, and some social disorders.

The work by Florian Merkle, Kevin Eggan, Alex Schier, and colleagues provides researchers, for the first time, with live hypothalamic neurons to use as targets for drug discovery and therapeutic cell-transplantation efforts for conditions related to stress, reproduction, puberty, and immune function, as hypothalamic neurons are often involved in those diseases as well.

“Not only is this exciting because of the science involved,” said Merkle, a postdoctoral fellow in the lab of HSCI principal faculty member Kevin Eggan, who pioneered disease in a dish technology, “but by being able to produce this one type of neuron we bring possible treatments for a wide range of conditions closer to the clinic.

“The hypothalamus is an ancient structure of the brain,” said Merkle. “It’s very conserved, and that’s because it plays such a basic function.” Though it makes up only about 0.3 percent of the adult human brain, the hypothalamus serves as a regulator for numerous basic physiological functions.

Thus far, research exploring the origin or process of hypothalamic dysfunction has been limited because researchers haven’t been able to observe live hypothalamic cells.

The new work has been published in the journal Development.

In his self-patterning approach, Merkle put 5,000 stem cells in a dish amid an environment conducive to survival and left them alone. Within a day, the cells would aggregate and “communicate with each other” to plan which stem cells would differentiate into which neural progenitors. The aggregate eventually differentiated into cells that, together, made a tissue-like structure similar to the hypothalamus.

When asked how the two processes differed, Merkle said that during directed differentiation the researchers “are pushing [stem] cells very strongly, guiding them toward a particular fate, and not relying on them to do it themselves.” Merkle used small molecules to steer stem cell differentiation down a specific pathway.

“I think that there is definitely more opportunity to explore and refine directed differentiation to make different regions within the hypothalamus,” said Merkle.

While working on their approach, Merkle and his team consulted with Rudolph Leibel and Dieter Egli of Columbia University, who were at the same time developing a directed-differentiation technique that used different chemical cues and pathways. Within the last month, they published their work in the Journal of Clinical Investigation.

Antibiotic Treatments May Make Us More Susceptible to Negative Emotions

“It really has not been possible to study these neurons before, and now we have an opportunity to do that,” said Merkle. “A lot has been done in mouse cells, but we don’t know how similar [to human cells] they really are. There could be important differences that are relevant to human disease.”

Researchers could use these new tools to grow hypothalamic neurons from patients with a specific disease. Studying the development and death from those neurons could provide researchers with the information necessarily to understand a disease’s origins.

“There is a universe of diseases out there,” said Merkle. “And our ability to study them using these stem cells is fundamentally limited by our ability to make those cell types in a dish.”

About this stem cell research