Summary: People who consumed 470 grams of fruits and vegetables per day had 10% lower levels of stress than those who ate 230 grams of fresh produce a day.

Eating a diet rich in fruit and vegetables is associated with less stress, according to new research from Edith Cowan University (ECU).

The study examined the link between fruit and vegetable intake and stress levels of more than 8,600 Australians aged between 25 and 91 participating in the Australian Diabetes, Obesity and Lifestyle (AusDiab) Study from Baker Heart and Diabetes Institute.

“We found that people who have higher fruit and veggie intakes are less stressed than those with lower intakes, which suggests diet plays a key role in mental wellbeing,” said Ms Radavelli-Bagatini.

Mental health conditions are an increasing problem in Australia and around the world. Around one in two Australians will experience a mental health issue in their lifetime. Globally, approximately 1 in 10 people live with a mental health disorder.

According to Ms Radavelli-Bagatini, some stress is considered normal, but long-term exposure can significantly impact mental health.

“Long-term and unmanaged stress can lead to a range of health problems including heart disease, diabetes, depression and anxiety so we need to find ways to prevent and possibly alleviate mental health problems in the future,” said Ms Radavelli-Bagatini.

“Previous studies have shown the link between fruit and vegetable consumption and stress in younger adults, but this is the first time we’re seeing similar results across adults of all ages,” said Ms Radavelli-Bagatini.

“The study’s findings emphasise that it’s important for people to have a diet rich in fruit and vegetables to potentially minimise stress.”

While the mechanisms behind how fruit and vegetable consumption influences stress are still unclear, Ms Radavelli-Bagatini said key nutrients could be a factor.

“Vegetables and fruits contain important nutrients such as vitamins, minerals, flavonoids and carotenoids that can reduce inflammation and oxidative stress, and therefore improve mental wellbeing,” she said.

“Inflammation and oxidative stress in the body are recognised factors that can lead to increased stress, anxiety and lower mood.”

“These findings encourage more research into diet and specifically what fruits and vegetables provide the most benefits for mental health.”

The research is part of ECU’s recently launched Institute for Nutrition Research, which aims to investigate how nutrition can help prevent and treat chronic health conditions.

‘Fruit and vegetable intake is inversely associated with perceived stress across the adult lifespan’ was published in Clinical Nutrition.

About this diet and stress research news

Mean age of participants was 47.4 (SD 14.1) years (49.8% females). Participants with the highest intakes of FV had 10% lower PSQ index values than those with the lowest intake [Q4: 0.27 ± 0.004 vs. Q1: 0.30 ± 0.004 (mean ± SE), p = 0.004]. Similar associations were found for fruits and vegetables, analysed separately. In subgroup analyses higher FV intake was associated with lower perceived stress in the middle-aged adults [≥45-<65 years (p = 0.004)], but not in the younger (<45 years) and older participants (≥65 years). Higher FV intake was also significantly associated with lower perceived stress in men (p = 0.009) and women (p = 0.012), separately. Serum carotenoid levels were inversely associated with perceived stress before, but not after adjusting for age and other confounding factors.

In Australian adults, higher FV intake was associated with lower perceived stress, particularly in the middle-aged adults. These findings support current recommendations that fruit and vegetables are essential for health and well-being. 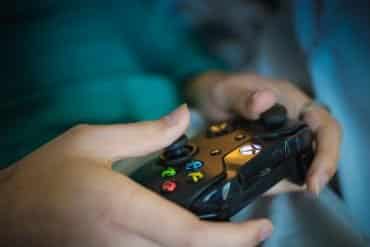