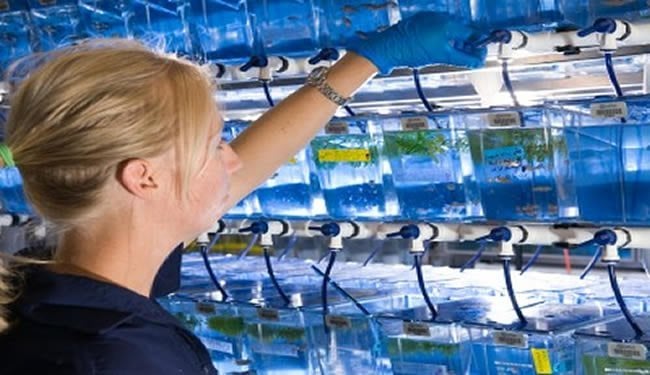 Scientists have unlocked the secrets of the zebrafish’s ability to heal its spinal cord after injury, in research that could deliver therapy for paraplegics and quadriplegics in the future.

A team from Monash University’s Australian Regenerative Medicine Institute (ARMI), led by Dr Yona Goldshmit and Professor Peter Currie, discovered the role of a protein in the remarkable self-healing ability of the fish.

The findings, detailed in The Journal of Neuroscience, could eventually lead to ways to stimulate spinal cord regeneration in humans.

When the spinal cord is severed in humans and other mammals, the immune system kicks in, activating specialised cells called glia to prevent bleeding into it, Professor Currie said.

“Glia are the workmen of nervous system. The glia proliferate, forming bigger cells that span the wound site in order to prevent bleeding into it. They come in and try to sort out problems. A glial scar forms,” Professor Currie said.

However, the scar prevents axons, threadlike structures of nerve cells that carry impulses to the brain, of neighbouring nerve cells from penetrating the wound. The result is paralysis.

“The axons upstream and downstream of the lesion sites are never able to penetrate the glial scar to reform. This is a major barrier in mammalian spinal cord regeneration,” Professor Currie said.

In contrast, the zebrafish glia form a bridge that spans the injury site but allow the penetration of axons into it.

The fish can fully regenerate its spinal cord within two months of injury. “You can’t tell there’s been any wound at all,” Professor Currie said.

Scientists discovered the protein, called fibroblast growth factor (fgf), controlled the shape of the glia, and accounted for the difference in the response to spinal cord injury between humans and zebrafish.

The scientists showed the protein could be manipulated in the zebrafish to speed up tissue repair even more.

“The hope is that fgf could eventually be used to promote better results in spinal cord repair in people,” Professor Currie said.