Smaller Hippocampus in Brains of Patients with Recurrent Depression

The brains of people with recurrent depression have a significantly smaller hippocampus – the part of the brain most associated with forming new memories – than healthy individuals, a new global study of nearly 9,000 people reveals.

Published in Molecular Psychiatry, the ENIGMA study is co-authored by University of Sydney scholars at the Brain and Mind Research Institute.

The research is the largest international study to compare brain volumes in people with and without major depression. It highlights the need to identify and treat depression effectively when it first occurs, particularly among teenagers and young adults.

Major depression is a common condition affecting at least one in six people during their lifetime. It is a serious clinical mood disorder in which feelings of sadness, frustration, loss, or anger interfere with a person’s everyday life for weeks, months or years at a time.

People with an early age of onset of major depression (before the age of 21 years) also had a smaller hippocampus than healthy individuals, consistent with the notion that many of these young people go on to have recurrent disorders. 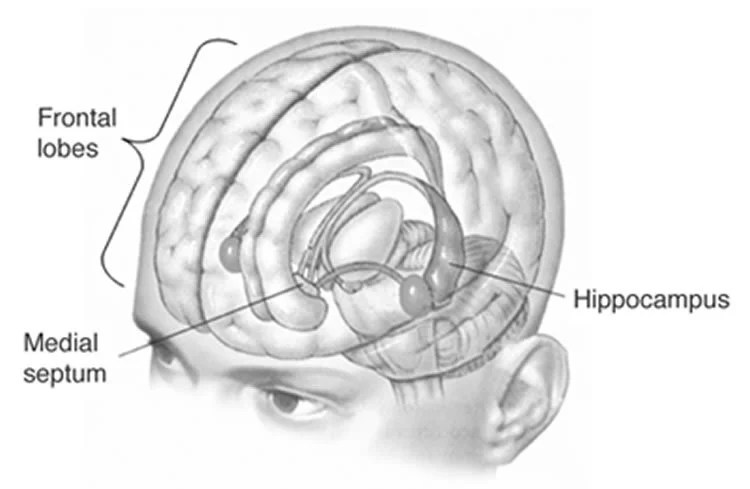 People with an early age of onset of major depression (before the age of 21 years) also had a smaller hippocampus than healthy individuals, consistent with the notion that many of these young people go on to have recurrent disorders. Image is for illustrative purposes only.

However, people who had a first episode of major depression (34 per cent of study subjects with major depression) did not have a small hippocampus than healthy individuals, indicating that the changes are due to the adverse effects of depressive illness on the brain.

“Despite intensive research aimed at identifying brain structures linked to depression in recent decades, our understanding of what causes depression is still rudimentary.

“One reason for this has been the lack of sufficiently large studies, variability in the disease and treatments provided, and the complex interactions between clinical characteristics and brain structure.”

Commenting on the clinical significance of the findings, Co-Director of the Brain and Mind Research Institute, Professor Ian Hickie says: “This large study confirms the need to treat first episodes of depression effectively, particularly in teenagers and young adults, to prevent the brain changes that accompany recurrent depression.

Optimising Early Interventions for Young People with Emerging Mood Disorder. “This new finding of smaller hippocampal volume in people with major depression may offer some support to the neurotrophic hypothesis of depression,” adds Jim Lagopoulos.

“This hypothesis argues that a range of neurobiological processes such as elevated glucocorticoid levels in those with chronic depression may induce brain shrinkage.

“Clearly, there’s a need for longitudinal studies that can track changes in hippocampal volume among people with depression over time, to better clarify whether hippocampal abnormalities result from prolonged duration of chronic stress, or represent a vulnerability factor for depression, or both,” he said.

About this neurology and depression research

Source: Kobi Print – University of Sydney
Image Credit: Image is credited to the NIH and is in the public domain
Original Research: The study will be published in Molecular Psychiatry during the week of June 29 2015. We will link to the research when it becomes available