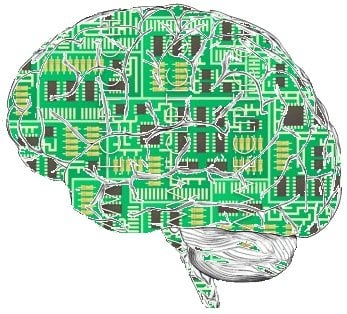 Researchers put the ConceptNet4 through the verbal portion of a standardized IQ test for children. The AI system tested well in vocabulary and recognition of verbal similarities. It performed dramatically worse on comprehension, or "why" questions.
Home
Featured

Computer Smart as a 4-Year-Old

Artificial and natural knowledge researchers at the University of Illinois at Chicago have IQ-tested one of the best available artificial intelligence systems to see how intelligent it really is.

Turns out–it’s about as smart as the average 4-year-old, they will report July 17 at the U.S. Artificial Intelligence Conference in Bellevue, Wash.

The UIC team put ConceptNet 4, an artificial intelligence system developed at M.I.T., through the verbal portions of the Weschsler Preschool and Primary Scale of Intelligence Test, a standard IQ assessment for young children.

They found ConceptNet 4 has the average IQ of a young child. But unlike most children, the machine’s scores were very uneven across different portions of the test.

“If a child had scores that varied this much, it might be a symptom that something was wrong,” said Robert Sloan, professor and head of computer science at UIC, and lead author on the study.

Sloan said ConceptNet 4 did very well on a test of vocabulary and on a test of its ability to recognize similarities.

“But ConceptNet 4 did dramatically worse than average on comprehension­the ‘why’ questions,” he said.

One of the hardest problems in building an artificial intelligence, Sloan said, is devising a computer program that can make sound and prudent judgment based on a simple perception of the situation or facts–the dictionary definition of commonsense.

Commonsense has eluded AI engineers because it requires both a very large collection of facts and what Sloan calls implicit facts–things so obvious that we don’t know we know them. A computer may know the temperature at which water freezes, but we know that ice is cold.

“We’re still very far from programs with commonsense–AI that can answer comprehension questions with the skill of a child of 8,” said Sloan. He and his colleagues hope the study will help to focus attention on the “hard spots” in AI research.

Notes about this artificial intelligence research

Contact: Jeanne Galatzer-Levy – University of Illinois at Chicago
Source: University of Illinois at Chicago press release
Image Source: The “Artificion Brain” image is credited to Gengiskanhg at Commons Wikimedia and is licensed as Creative Commons Attribution-Share Alike 3.0 Unported
Original Research: The findings will be reported at the U.S. Artificial Intelligence Conference in Bellevue, Washington on July 17 2013.