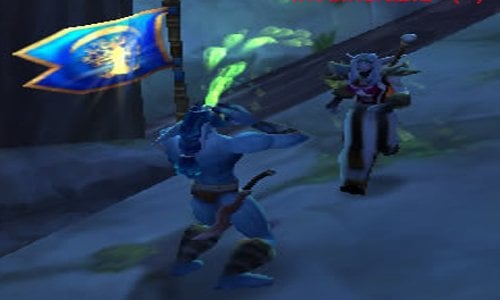 Both the gamer and non-gamer groups experienced a rapid decay in memory of what the letters had been, but the gamers outperformed the non-gamers at every time interval.
Home
Featured

Hours spent at the video gaming console not only train a player’s hands to work the buttons on the controller, they probably also train the brain to make better and faster use of visual input, according to Duke University researchers.

“Gamers see the world differently,” said Greg Appelbaum, an assistant professor of psychiatry in the Duke School of Medicine. “They are able to extract more information from a visual scene.”

It can be difficult to find non-gamers among college students these days, but from among a pool of subjects participating in a much larger study in Stephen Mitroff’s Visual Cognition Lab at Duke, the researchers found 125 participants who were either non-gamers or very intensive gamers.

Each participant was run though a visual sensory memory task that flashed a circular arrangement of eight letters for just one-tenth of a second. After a delay ranging from 13 milliseconds to 2.5 seconds, an arrow appeared, pointing to one spot on the circle where a letter had been. Participants were asked to identify which letter had been in that spot.

At every time interval, intensive players of action video games outperformed non-gamers in recalling the letter.

Earlier research by others has found that gamers are quicker at responding to visual stimuli and can track more items than non-gamers. When playing a game, especially one of the “first-person shooters,” a gamer makes “probabilistic inferences” about what he’s seeing — good guy or bad guy, moving left or moving right — as rapidly as he can.

Appelbaum said that with time and experience, the gamer apparently gets better at doing this. “They need less information to arrive at a probabilistic conclusion, and they do it faster.”

Both groups experienced a rapid decay in memory of what the letters had been, but the gamers outperformed the non-gamers at every time interval.

The visual system sifts information out from what the eyes are seeing, and data that isn’t used decays quite rapidly, Appelbaum said. Gamers discard the unused stuff just about as fast as everyone else, but they appear to be starting with more information to begin with.

The researchers examined three possible reasons for the gamers’ apparently superior ability to make probabilistic inferences. Either they see better, they retain visual memory longer or they’ve improved their decision-making.

Looking at these results, Applebaum said, it appears that prolonged memory retention isn’t the reason. But the other two factors might both be in play — it is possible that the gamers see more immediately, and they are better able make better correct decisions from the information they have available.

To get at this question, the researchers will need more data from brainwaves and MRI imagery to see where the brains of gamers have been trained to perform differently on visual tasks.

Notes about this neuroscience and video games research

This study, which appears in the June edition of the journal Attention, Perception and Psychophysics, was supported by grants from the Army Research Office (54528LS), the Department of Homeland Security (HSHQDC-08-C-00100), DARPA (D12AP00025-002) and Nike Inc.