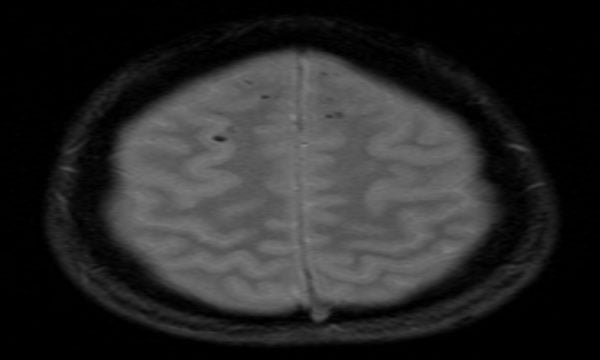 Call For Traumatic Brain Injury To Be Reclassified As Chronic Disease

Researchers at the UTMB, Galveston, are calling for traumatic brain injury to be defined and managed as a chronic disease.

Traumatic brain injury, currently considered a singular event by the insurance industry and many health care providers, is instead the beginning of an ongoing process that impacts multiple organ systems and may cause or accelerate other diseases and disorders that can reduce life expectancy, according to research from the University of Texas Medical Branch at Galveston.

As such, traumatic brain injury should be defined and managed as a chronic disease to ensure that patients receive appropriate care and that future research is directed at discovering therapies that may interrupt the disease processes months or even years after the initiating injury, say co-authors Dr. Brent Masel, a clinical associate professor in UTMB’s department of neurology and Dr. Douglas DeWitt, director of the Moody Center for Traumatic Brain & Spinal Cord Injury Research/Mission Connect and professor in the department of anesthesiology. Masel also serves as president and director of the Transitional Learning Center in Galveston, which for more than 25 years has provided survivors of brain injury with the special rehabilitation services they need to re-enter the community.

The literature review, which appears in the current issue of The Journal of Neurotrauma, examines 25 years of research on the effects of brain injury, including its impact on the central nervous system and on cognitive and motor functions.

Traumatic brain injury occurs when a sudden trauma causes damage to the brain and can be classified as mild, moderate or severe, depending on the extent of the damage. While many patients recover completely, more than 90,000 become disabled each year in the U.S. alone. It is estimated that more than 3.5 million Americans are presently disabled by brain injuries suffering lifelong conditions as a result.

“Traumatic brain injury fits the World Health Organization’s definition of a chronic disease, yet the U.S. health care system generally views it as a one-time injury that heals the way a broken bone does,” says Masel. “Only by reimbursing and managing brain injuries on par with other chronic diseases will patients get the long-term treatment and support they need and deserve.”

The researchers add that re-classifying traumatic brain injury as a chronic disease may help to provide brain injury researchers with the additional funding required to investigate a potential cure.

According to Masel and DeWitt, research suggests that the progression of symptoms seen in chronic traumatic brain injury patients may be due, in part, to defective apoptotic cell death a natural process in which cells die because they are genetically programmed to do so or because of injury or disease. It is possible that the abnormal apoptotic cell death is triggered by brain trauma, leading to an accelerated decline in cognitive function and development of disease.

“Media coverage of traumatic brain injury among soldiers and athletes, especially football players, has highlighted the serious health problems resulting from brain injury that are experienced later in life and helped raise awareness among the general public,” says DeWitt. “But until traumatic brain injury is recognized as a chronic disease, research funding won’t be adequate for the work that is needed to help patients minimize or avoid these outcomes.”

Established in 1891, Texas’ first academic health center comprises four health sciences schools, three institutes for advanced study, a research enterprise that includes one of only two national laboratories dedicated to the safe study of infectious threats to human health, and a health system offering a full range of primary and specialized medical services throughout Galveston County and the Texas Gulf Coast region. UTMB is a component of the University of Texas System.

ABOUT THE TRANSITIONAL LEARNING CENTER

The Transitional Learning Center at Galveston and in Lubbock Texas (TLC) is a pioneer in the field of brain injury rehabilitation. Since 1982, TLC has been providing survivors of brain injury with the special rehabilitation services they need to re-enter the community. TLC’s approach encompasses the trifold mission of treatment, research and education.