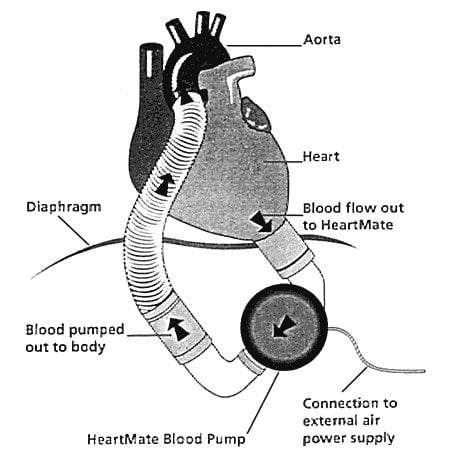 Doctors implanted a left ventricular assist device (LVAD) into brothers with Becker’s Muscular Dystrophy. The device may help stop the progression of damage to their hearts and improve their quality of life.
Home
Featured

Tyler Wertz, 18, and his 16-year old brother Austin Tucker, fight, tease, love and support each other like most brothers do. Unlike most brothers, however, they share the same uncertain future, both have heart assist devices keeping them alive while they struggle with a debilitating disease.

As young boys, Tyler and Austin were diagnosed with Becker’s Muscular Dystrophy, a disease that slowly weakens the arms and legs and damages the heart.

“Sometimes I’ll be walking and I’ll fall down for no reason,” Tyler said. “It can be scary and embarrassing, but it’s just something I have to deal with.”

In 2010, Tyler’s heart condition became so grave that doctors at  the Methodist DeBakey Heart & Vascular Center implanted a left ventricular assist device (LVAD), a battery-run device that assists the pumping of the heart, in an attempt to improve his quality of life. Austin received one in 2012.

While most teenagers carry a backpack with books and other items, Tyler and Austin carry a small computer-controlled device powered by two batteries that always have to be charged.

“Sometimes I’ll be in public and people will stare and ask me about it,” Tyler said. “It’s overwhelming at times, but I know that it gave me a second chance at life and for that I am grateful.”

“Tyler and Austin are the first people in the world with this condition who have received this type of treatment to stop the progression of heart disease and improve the quality of their lives,” said Dr. Jerry Estep, a cardiologist with the Methodist DeBakey Heart & Vascular Center. “We are using this as a “bridge to transplant” in the hopes that somewhere down the road they will be able to receive a heart transplant. It all depends on how the underlying disease progresses.”

Becker’s Muscular Dystrophy is a genetic and milder form of muscular dystrophy that affects mainly males. The boy’s mother, Jennifer Banks, has had to deal with the heartache of this disease most of her life.

“Two of my brothers had it,” Banks said.  “One of them died a decade after receiving a heart transplant and the other never lived long enough to receive a new organ. It’s heartbreaking to watch my boys go through the same thing.”

“Before they received the heart pump, the boys did not have the energy to do any kind of physical activity and it was making their muscular dystrophy worse,” said Dr. Matthias Loebe, chief of division of thoracic transplant and assist device at the Methodist DeBakey Heart & Vascular Center and director of thoracic transplantation at the Methodist JC Walter J.R. Transplant Center. “The pump gives them the ability to perform every day activities and move around because they are no longer in heart failure.”

For now, Tyler and Austin go to school and play video games and continue to fight the disease that threatens them. They know the pump will not stop the progression of their muscular dystrophy, but it has given their family hope.

“We are always there for each other and stay strong for each other,” Austin said. “When I’m feeling bad he encourages me, and vice versa. That’s what brothers do. We are going through this together and trying to make the best of it.”

“I love them more than life itself and without the LVADs I know they probably wouldn’t be here,” Banks said. “It’s a blessing to have doctors who will find the proper technology to save lives. I’m just happy they have been given a chance to enjoy their lives.”

Notes about this muscular dystrophy article